The Power Factor: Looking Into Taiwan's Exclusion From The WHA 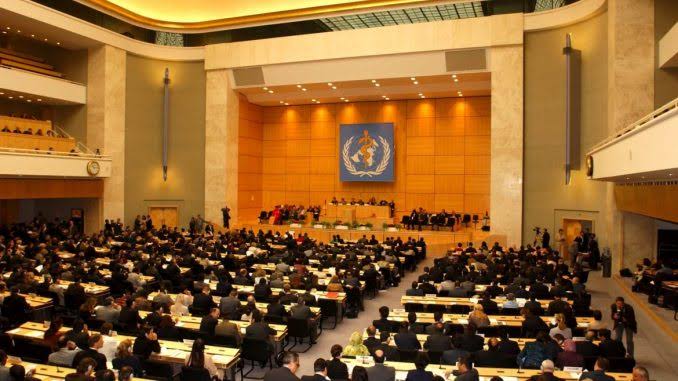 According to the World Health Organization (WHO)'s official web page, the World Health Assembly, which convenes once every year, is the "decision-making body of WHO". This Assembly is attended by all the "WHO Member States". In this Assembly, the major focus is on the specific health agenda chosen by the Executive Board, in addition to performing several other associated functions. This year's ongoing WHA is the seventy-fourth one, and based on the theme of "Ending this pandemic, preventing the next: building together a healthier, safer and fairer world". In the present context of the pandemic, it is essential that there should be a productive and cooperative dialogue between the ministers/representatives of health from different countries across the world. However, the seventy-fourth WHA was in the news for an entirely different reason altogether: Taiwan's exclusion from the WHA.

Taiwan's exclusion is a rather troubling one, considering that it had one of the best responses to the Covid-19 pandemic. Alongwith New Zealand, Taiwan's approach towards tackling the pandemic was hailed as being effective, and as one that had the potential to be learnt from. In a research paper published in The Lancet Regional Health, Taiwan's success was attributed to its "extensive public health infrastructure, fast coordinated response, early screening, effective methods for isolation/quarantine,  digital technologies for identifying potential cases and mass mask use". Remarkably, Taiwan has one of the "lowest mortality burdens amongst high-income jurisdictions". It needs to be noted that Taiwan achieved all this without the imposition of any stringent lockdowns. Bearing the above-mentioned points in mind, there is a very strong case for the inclusion of Taiwan at the WHA, as others can benefit from the knowledge of what worked for them and what did not. Thus, the big question is this: Why the exclusion?

Taiwan has blamed its exclusion on China's influence, as the tension between them continues to simmer. China has always regarded Taiwan, classified as a 'self-governed democracy' as "a part of its own territory". Over the years, China has been accused, on an international level, of deliberately isolating Taiwan from the world stage. This is not the first time that Taiwan has been excluded from attending the WHA. This has been the case since 2016, making this year's exclusion the fifth one.

Many countries have come out in support of Taiwan, and have condemned the WHO for having proceeded with the exclusion. In a press statement on May 7, the US Secretary of State, Anthony Blinken stated that "there is no reasonable justification for Taiwan's continued exclusion from this forum, and the United States calls upon the WHO Director-General to invite Taiwan to participate as an observer at the WHA- as it has in previous years". Further, Mr. Blinken emphasized on Taiwan's significance as "a reliable partner, a vibrant democracy, and a force for good in the world, and its exclusion from the WHA would be detrimental to our collective international efforts to get the pandemic under control and prevent future health crises".

Earlier in 2020, Canada, Japan, Australia, New Zealand, the UK and France had also supported the cause of Taiwan's inclusion at the WHA, with an observer status. Yet again this year, Taiwan received support from the ministers of the G7 countries. In its defense, China has stated that Taiwan's exclusion is valid on the grounds that it violates the "one-China policy".

As the WHA commenced on May 24, according to an Al-Jazeera report on the same, "more than a dozen mainly small island states had proposed including discussion of whether or not to invite Taiwan to participate as an observer on the WHA agenda". However, it was also reported that "the committee advised against doing so and the countries agreed to follow it without a vote".

In the midst of the widespread outpouring of support, Taiwan has released their statement on this issue. In the statement, while expressing their regret at the exclusion, they state that "as the entire world works together to fight Covid-19, Taiwan's successful experience can serve as a model for the global community. By continuing to exclude Taiwan, a willing and responsible partner and stakeholder, WHO has failed in its pledge to leave no one behind and created a gap in the global health network". The statement also directly addressed the WHO, saying that "the WHO should maintain a position of professionalism and neutrality. Taiwan urges WHO to ensure independence from political pressure, abide by its own call to work for the highest attainable standard of human health, and fully include Taiwan in its meetings, mechanisms, and activities, including the WHA".

The issue of Taiwan's exclusion from the WHA is one that requires our immediate attention for various reasons. To begin with, the WHO and the UN are international bodies meant to ensure global peace, cooperation and mutual support. In his statement on Taiwan's exclusion in 2020, Michael Pompeo, the then-U.S. Secretary of State mentioned that "WHO's Director-General Tedros had every legal power and precedent to include Taiwan in WHA's proceedings. Yet, he chose not to invite Taiwan under pressure from the People's Republic of China". In today’s world, it is very important to ensure that the UN and its associated institutions, like the WHO, do not succumb to external pressure, leading to a departure from their governing policies. Second, we need to acknowledge the fact that international cooperation is the best strategy to fight the pandemic. When India began the production of Covishield, our country exported the vaccines to nearly 71 countries. When we grappled with a deadly shortage of oxygen during the beginning of the second wave, several countries like Canada, Singapore, Australia, the U.K. and the U.S. pitched in to help us. Such international cooperation is essential for eradicating the pandemic, and often it warrants the setting aside of political differences.

As the world collectively battles the Covid-19 pandemic, it is crucial to ensure that opportunities for accomplishing greater good are not sacrificed in the name of differences or ideologies. The pandemic is a human crisis, and requires all of us to be responsible human beings. Taiwan's exclusion from the WHA might have deprived us of the chance to learn from a success story. And this cannot happen again.