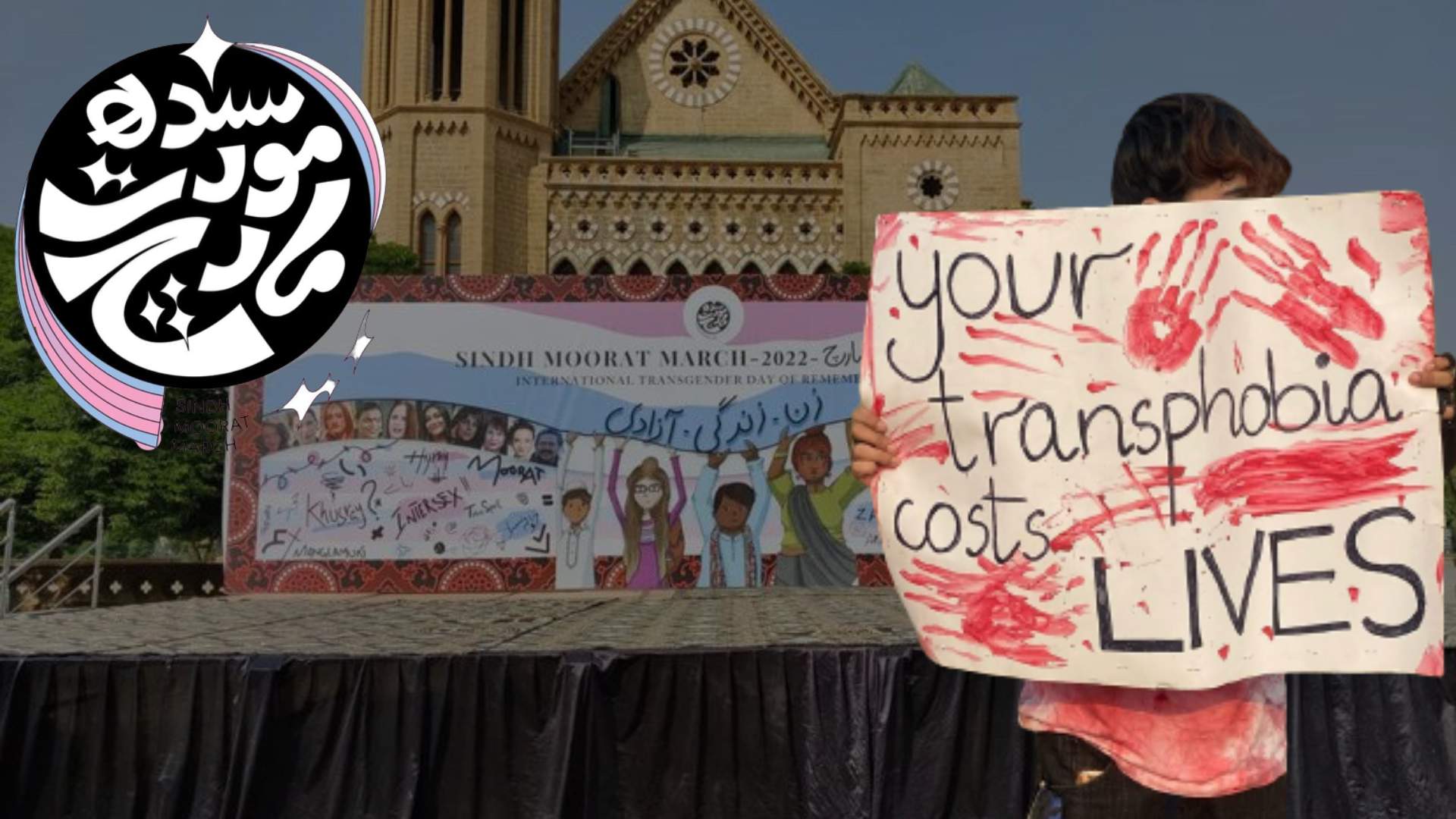 Khawaja Sira, or the Transgender community, often ostracized or reduced to a demeaning position, had their first peaceful march in Sindh, Pakistan. While the government ensured that the bomb experts marked the area safe where the protest had to take place, police also protected the protestors for a safe and secure march.

The Khawaja sira community demanded protection, employment, and social acceptance laws. The placards also ordered the killing of transgender people, ridiculing them at wedding events which leads to harassment, raping transgender people, shooting them on their feet so they can't dance, and dumping the newly born Khawaja sira must be dealt with lawfully. The community rightfully ordered the Transgender Person Protection of Rights Bill of 2018 to be legalized and passed in its original form.

The birth of a male or a female means celebration. Families who give birth to transgender mostly leave them in the streets, dumpsters, or the spaces where the transgender community nurtures them. Constantly feeling secluded from society for who they are, history plays an essential role in narrating the downfall of Khawaja sira in the subcontinent of India.

The placards held by the transgender community highlighted severe social issues. It focused on the problems the Khawaja sira community faced for a long time. From demanding to be happy on the birth of Khawaja sira to asking about 0.2% of employment and education rights were the main highlights of the placards and the Moorat March.

Shehzadi Rai, the protest manager, told Dawn News, Pakistan, that "this is Pakistan's first trans rights march." She also added that November 20 is the day we mourn the deaths of all the trans people who got killed.

The protest not only brought the transgender community into the limelight but also highlighted the suffering of Iranian women. Rai told Dawn News that they stand in solidarity with the women of Iran. The slogan the trans community has chosen this time is "Zan, Zindagi, and Azad," which translates into "Women, Life, and Free."

The Demands of the Trans Rights Movement/Sindh Moorat March.

1-      The transgender community demanded that Pakistan's Federal and Provincial governments must criminalize hate speech and transphobic speech and implement it.

2-      The Law of Diyyat, which means blood money or family pardon, must not be the law when it comes to murder cases of Transgender people.

3-      People should be given the right to perceive their gender identity. The community said that it is the fundamental right of every person.

4-      Disowning and abandoning transgender people should be a criminal offense against the parents or the legal guardians.

6-      The trans community demanded that students read about the Khawaja Sira from their time in the subcontinent in their curriculum.

8-      The government should implement the 0.2% quota for the trans community in employment and educational institutes.

9-      The Trans community demanded that PEMRA take strict action against the hate speech and misinformation regarding the transgender community on national television.

10-   The trans community demanded the State build safe houses for Transgender people, who must be looked after by the transgender community.

Urvah Khan, a Canadian Pakistani singer, attended the Khawaja sira protest. Zulfikar Ali Bhutto Jr. was also present at the first trans protest in Pakistan and chanted that Sindh equally belongs to the transgender community. Several transwomen stepped out and attended the demonstrations, dancing, and singing, enjoying the day and hoping they deserved respect in society.