The Rohingya Crisis: A communal genocide 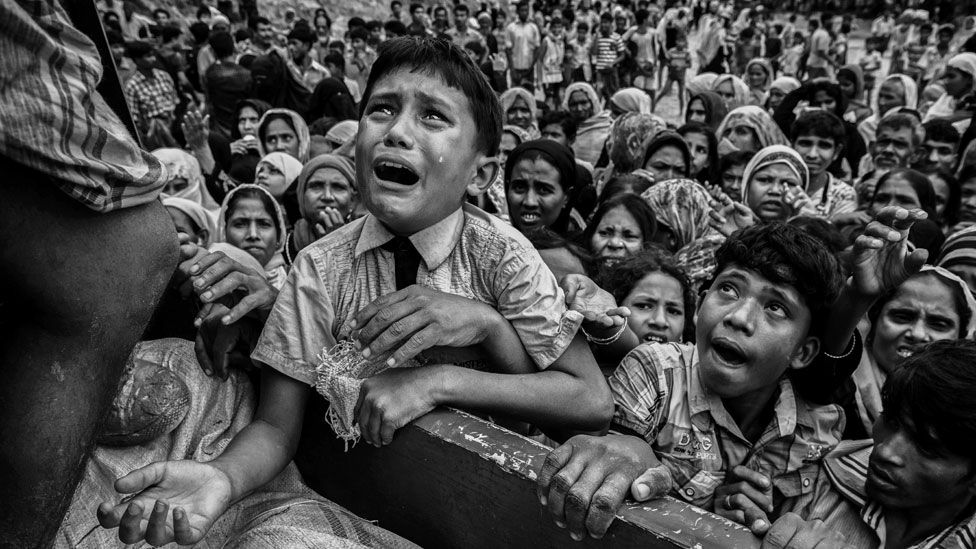 In the name of God, religion and ethnicity, our world has seen some of the worst communal violence. A separatist ideology caused the holocaust- an act of ethnic cleansing. The conflict between Catholics and protestants went on for thirty years, and much more violence has resulted in bloodshed and slaughter. The graves of the dead ask one question- Why do we fight and kill each other over a system of beliefs?

In one of those cases, the Rohingya Crisis in Myanmar is an ongoing story of murder, displacement, and refugees. Rohingya people due to sectarian violence- a political or cultural conflict between two ethnic sects or groups. In the Northern part of Myanmar, the Rakhine state has been a burning ground since 1948. The present-day still witnesses the conflict, a growing battle in the lives of the displaced and Rohingya refugees. For decades, Rohingya, an ethnic Muslim minority group living in Myanmar, a Buddhist country, has faced institutionalized discrimination, such as exclusionary citizenship.

Who are the Rohingya people? 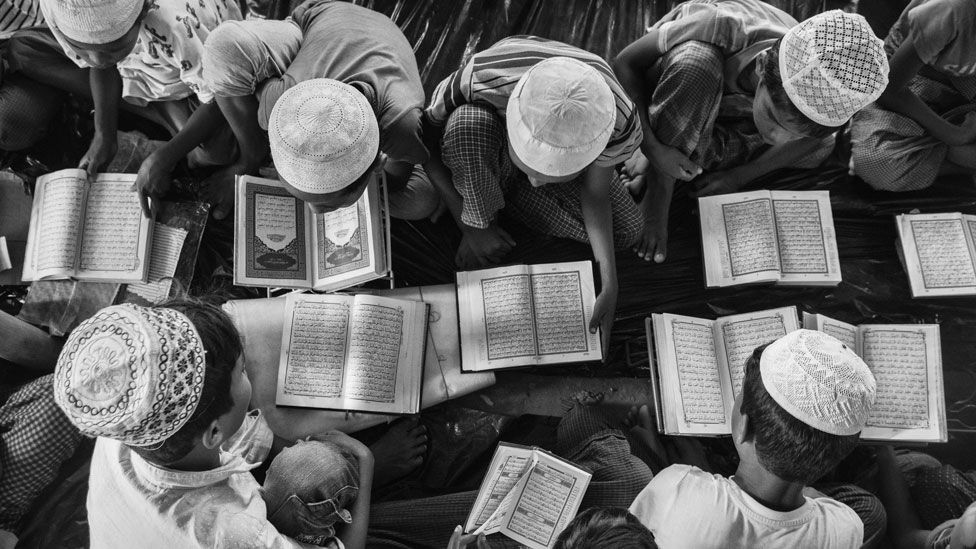 One of the followers of Islam, The Rohingya people are an Indo-Aryan ethnic group, who majorly live in Rakhine State, Myanmar (before known as Burma). During World War II, the Rohingya Muslims supported the British in return for a separate Muslim state. They fought against the local Rakhine Buddhists who shared an alliance with the Japanese. But the dream of an autonomous state remained a dream. In 1948, apartheid followed the post-independence of Myanmar when a unity government formed in the Buddhist majority country. Rohingya citizenships were denied and subjected to organized discrimination across the country. The shadow of the event extends today, and the Rohingyas are considered- world’s most persecuted minorities by the United Nations.

With the situation worsening post-independence in 1948, the Rohingya Mujahideen, an Islamic organization fought the government in Northern Arakan (present-day Rahkine State) for an autonomous, independent Muslim state incorporated into Pakistan’s East Bengal (Bangladesh). But, the Mujahideen lost its strength and support by 1960. All their efforts were in vain when the last of their fighters surrendered to the government in 1961.

The year 1962 saw the Myanmar government become a military state. Under the rule of commander Ne Win, the Burmese authorities turned antagonistic towards the Rohingyas. They enforced several laws to exclude them from obtaining citizenship. Thus, the institutionalized cultural segregation of the Rohingyas started. On 26th April 1964, the Rohingya Independence Front (RIF) came into existence with a purpose to create an independent, sovereign Muslim territory for the Rohingya people. Through the years, it changed its name from Rohingya Independence Army (RIA) in 1969 to Rohingya Patriotic Front (RPF) on 12th September 1973. The year 1972 also saw the birth of the Rohingya Liberation Party (RLP). Moulvi Jafar Kawal, the architect of the organization, worked tirelessly towards the goal of the party and increased its strength. By 1974, the number of people supporting the cause swelled to 500 from a mere 200. But Tatmadaw- the Myanmar military force- fearing the rise of insurgents, strategized a crackdown which resulted in the fleeing of Kawal, and his men to their neighbours, Bangladesh.

Considering the rise of militant activities and various Rohingya organizations' resistance to the government forces, a massive military called Operation Nagamin (Operation Dragon King) started to expel the Rohingyas from the Northern Arakan region. On February 6, 1978, the operation was initiated when Tatmadaw drove out the Rohingya Muslims branding them as foreigners. The military forces of Myanmar coerced the population of the Rohingyas and through authority, intimidation, rape, and murder expelled them out of the country. An estimated 150,000 fled the country and sought refuge in Bangladesh. But the gravity of the situation was an overwhelming humanitarian crisis. Bangladesh, supported by the International Committee of the Red Cross (ICRC) and the United Nations, provided emergency relief to the Rohingya refugees. Thus started the Exodus of the Rohingyas. 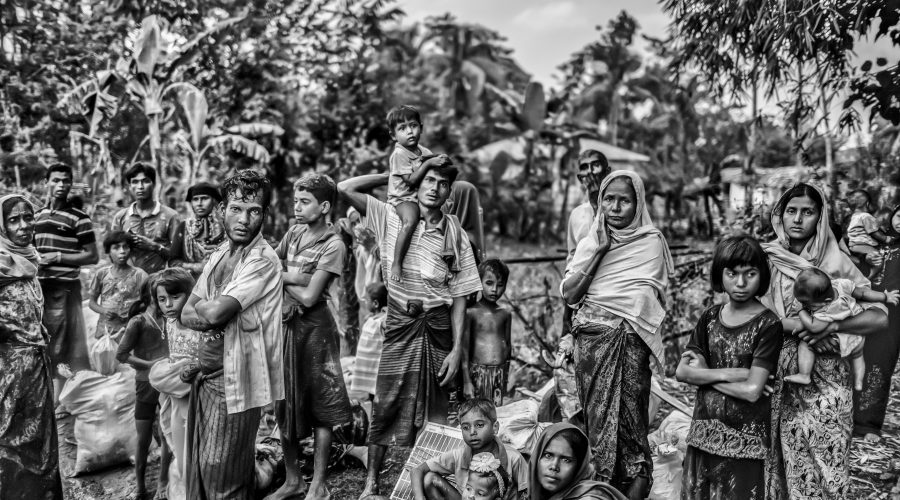 Operation Nagamin resulted in the creation of a political organization in 1982, the Rohingya Solidarity Organisation (RSO). The RSO was extensively involved in fighting the government's intolerance towards the Rohingya ethnic group. The Myanmar government conducted another operation during the period 1991 and 1992 called Operation Clean and Beautiful Nation. Also known as Operation Pyi Thaya, the main motive of the act was to prevent and capture RSO Insurgents. The military force Tatmadaw responsible for the operation gathered around the civilians and forcefully evacuated them in northern Rakhine State near the border with Bangladesh. The brutal large-scale violence caused 200,000 to 250,000 civilians displaced, most of them found refuge in Bangladesh.

The retaliation by various Rohingya organizations resulted in many insurgencies in the state of Myanmar. 9th October 2016 witnessed the attack on three Burmese border posts along the Myanmar-Bangladesh border by hundreds of insurgents that killed nine border officers. The insurgents also looted 48 guns, 6,624 bullets, 47 bayonets and 164 bullet cartridges. On 11th October 2016, four more soldiers were killed on the third day due to violent clashes between the two groups. The repercussions for the border attacks came in the form of a major crackdown by the Myanmar military forces in the villages of northern Rakhine State. An attempt to cleanse the nation of the Rohingyas by the military junta was evident. The Buddhist militia backed the persecutions and supported the clearance operations.

These ruthless operations included sexual violence, mass killing, the death of children, and gang rape. United Nations Human Rights Commissioner Zeid Raad Al Hussein stated, "The cruelty to which these Rohingya children have been subjected is unbearable. What kind of hatred could make a man stab a baby crying out for his mother's milk?”

The Rohingya crisis continues to haunt the world to this day. As a spillover from 2016, the mass killings of the Rohingya people continues to the present day. Violence has its deep roots in the Myanmar grounds. Since the beginning of the exodus till 2018, the continuous persecution of the Rohingyas led to the death of more than 24,000 people. According to local reports around 18,000 Rohingya Muslim women and girls were raped, 116,000 Rohingyas were injured, and 36,000 Rohingya were burnt alive. In the first month of the crackdown alone, at least 6,700 to 7,000 Rohingya people including 730 children were killed. The cleansing operation did not stop here. At least 392 villages of the Rohingyas were burnt and wiped out in the Rakhine state of Myanmar since 25th August 2017. The history of the Rohingya maltreatment has witnessed more than 700,000 people driven out of the Rakhine state. Bangladesh aids and provides for the highest number of refugees and the world's largest refugee camp, the Kutupalong refugee camp remains as a temporary home for the refugees. Other countries such as India, Thailand, Malaysia, and other parts of Southeast Asia also saw the inflow of Rohingya refugees.

Today, the Rohingya people spread wide across Asia are surviving with minimal necessities. The United Nations has interfered and ordered the Myanmar government to stop the persecution of the ethnic minority. But looking at the fleeing of the Rohingyas, the cleansing operations are still in place. The UN investigators state that more than half a million Rohingya still live in the Myanmar's northern Rakhine province and the knife of a potential genocide hangs by a thin thread over the Rohingya community. The situation has turned worse since the 2017 genocide, with a looming threat around the villages of the Rohingyas. The possibility of murder,gang rapes, torture, forced expulsion and other serious issues and violations exist without a doubt and the province needs to be monitored closely. Though the hand of the Myanmar government is evident in the persecution of the ethnic minority, it fails to take accountability for the perilous genocide and brushes off the allegations and anyone who questions them.

In one of the letters by the former Nobel Peace laureate, anti-apartheid and human rights activist Desmond Tutu, requested Aung San Suu Kyi, a Burmese politician, diplomat, author who served as state counsellor of Myanmar and Minister of Foreign Affairs to interfere and stop this slow genocide of the Rohingyas. Suu Kyi, a celebrated leader for her years of peaceful opposition to Myanmar’s military rulers, has been urged to speak up for the Rohingya and not stay silent on the conflict. Across the world, the Muslim nations and the UN claims that the government is not taking any measures to ease the situation. Desmond Tutu in his letter says,

“A country that is not at peace with itself, that fails to acknowledge and protect the dignity and worth of all its people, is not a free country.”