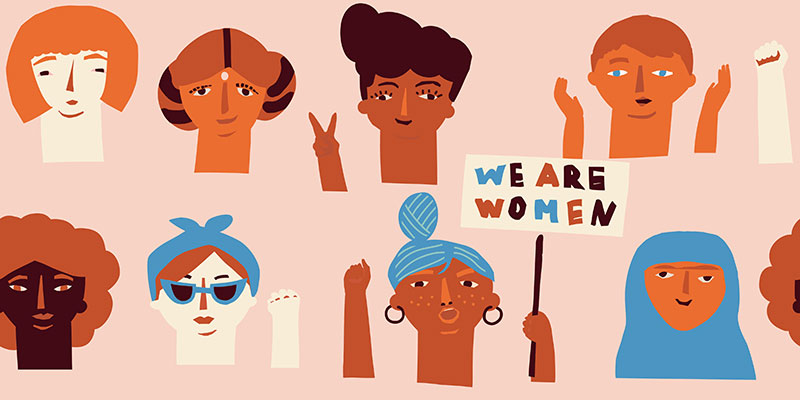 “Women’s rights are human rights.” This concept that is often associated with gender equality has long been controversial. Women’s rights are not matters that ought to be ignored or dealt with on special occasions. They are intrinsic to the fabric of any stable, democratic society and if the countries of the Arab Spring truly want, or deserve, democracy, discrimination must end.

The status of women in the Middle East and North Africa (MENA) is not quite promising. Women tend to be discriminated against on a range of social, economic, legal and political measures. This underperformance and neglect of women’s rights in the MENA region can be directly linked to prevailing gender roles and perspectives; the region is dominated by sexist social norms where the notion of male supremacy dominates the general customs.

Women are not only victims of the discriminatory norms of society, but also the serious challenges that the region has been facing for the last decades. The wars and social unrest along with the preponderance of undemocratic governments and poor economic growth often disproportionately affect women.

The Arab Spring uprisings held great potential for Arab women, who showed their fierce determination for change and often led the demonstrations during the upheavals. Unfortunately, this glorious achievement didn’t last long as women were shoved to the back of the line soon after.

The World Economic Forum’s 2020 Global Gender Gap Report ranked the Arab states of the MENA region the lowest in the world for achieving gender equality.

Many experts argue that a mixture of institutionalized legal discrimination, cultural customs and religious beliefs contribute to gender inequality in the MENA region.

Women in MENA experience more serious and alarming discrimination than women in the rest of the world. They are often faced with issues such as forced marriage, lack of freedom of movement, as well as limited or no legal protection against domestic violence.

Arab Barometer’s 2019 survey on women’s rights in 12 Arab countries found that the majority of survey respondents believe that men create better leaders and have the potential to achieve stability and prosperity. Not only did they think that men ought to make better political leaders, but also should have a greater say in family decision making. Following these beliefs, women become marginalized and deprived of their basic freedom of choice and stripped of any potential leadership aspect.

Some MENA countries nominally implemented gender equality in their constitutions. However, the harsh reality is that constitutional provisions and laws mandating gender equality cannot be effective if judicial institutions’ decisions are not independent -often based on religious jurisprudence- and such institutions are unwilling or unable to implement the laws.

More than half of MENA countries have set a minimum age for marriage of 18 or older for both girls and boys. Nevertheless, 13 countries have a provision in their family law allowing a religious court to marry women younger than the legal age of marriage. Iran’s female marital law states that girls only 13 years old are eligible for marriage, achieving with that the lowest legal age of marriage, while Yemen has no minimum age for marriage. In fact, according to UN metrics, Yemen has the worst record on gender equality.

Some 60% of Tunisian women have experienced domestic violence, according to the Ministry of Women, Family and Children. In 2017, a law aiming at addressing and preventing violence against women was passed by the Tunisian parliament, despite the multiple challenges to its implementation. In late 2019, Tunisian women decided to speak up and report the different incidents of sexual harassment. They started a campaign under the hashtag #EnaZeda, “MeToo” in Tunisian dialect.

Tunisia has long been considered avant-garde in terms of gender equality and the implementation of women’s rights. The Code of Personal Status that was issued in 1956 ensured gender equality and legalized divorce and abortion- 19 years before abortion was legal in France.

The status of women in Egypt is no different than in other countries. A 2013 U.N. survey showed that 99% of respondents had been victims of sexual harassment. Meanwhile politically, attempts were made to overturn the legislations that serve women’s rights.

Due to the multiple conflicts in the MENA region, women like men have been subject to displacements. These new settings had severe implications on women and children especially, and they have been at a high risk of exploitation and abuse.

The emergence of extremist groups like ISIS worsened the security dilemma for Women. Under ISIS’ rule, violence against women became almost without parallel, going from widespread rape and trafficking to murder. Yazidi women and girls who are among the majority of captives in these terrorists’ camps are being sold as slaves.

Challenges facing the region overall, besides gender-based discrimination, affect women’s participation rate in MENA economies. Indeed, the female labor force is not as prominent as that of the male’s. For that reason, women face a higher unemployment rate and tend to fall under the poverty line. A U.N. report from April 2020 reported that 700,000 women in the region were affected by the economic crisis and faced income insecurity due to COVID-19.

Gender-based inequality in the MENA is portrayed even in the political scene; women are underrepresented in political bodies and institutions and have little to no say in the lawmaking process, despite the multiple attempts by some international actors to involve them in the political arena.

During the past two decades, and within the gender equality agenda, research issued by the World Bank that links the safety and well-being of women with the economic, social, and political stability of societies has gained momentum.

In 2016, the OECD (Organisation for Economic Co-operation and Development) stated that the MENA region is economically condemned for its gender-based discrimination in laws and social norms, and that the region ought to pay approximately $575 billion a year because of these laws and norms.

Members of the U.S Congress have encouraged America’s efforts to enforce gender equality in the MENA region in the context of its liberal agenda and advocating women’s rights globally. Politicians and experts believe that the relative social status of women may be linked to greater security, economic prosperity, and political stability, as well as better governance.

Catastrophe Befalls When Water Runs Out: Is MENA Region In Trouble?