The Struggles of Humanitarian Aid Delivery in Syria 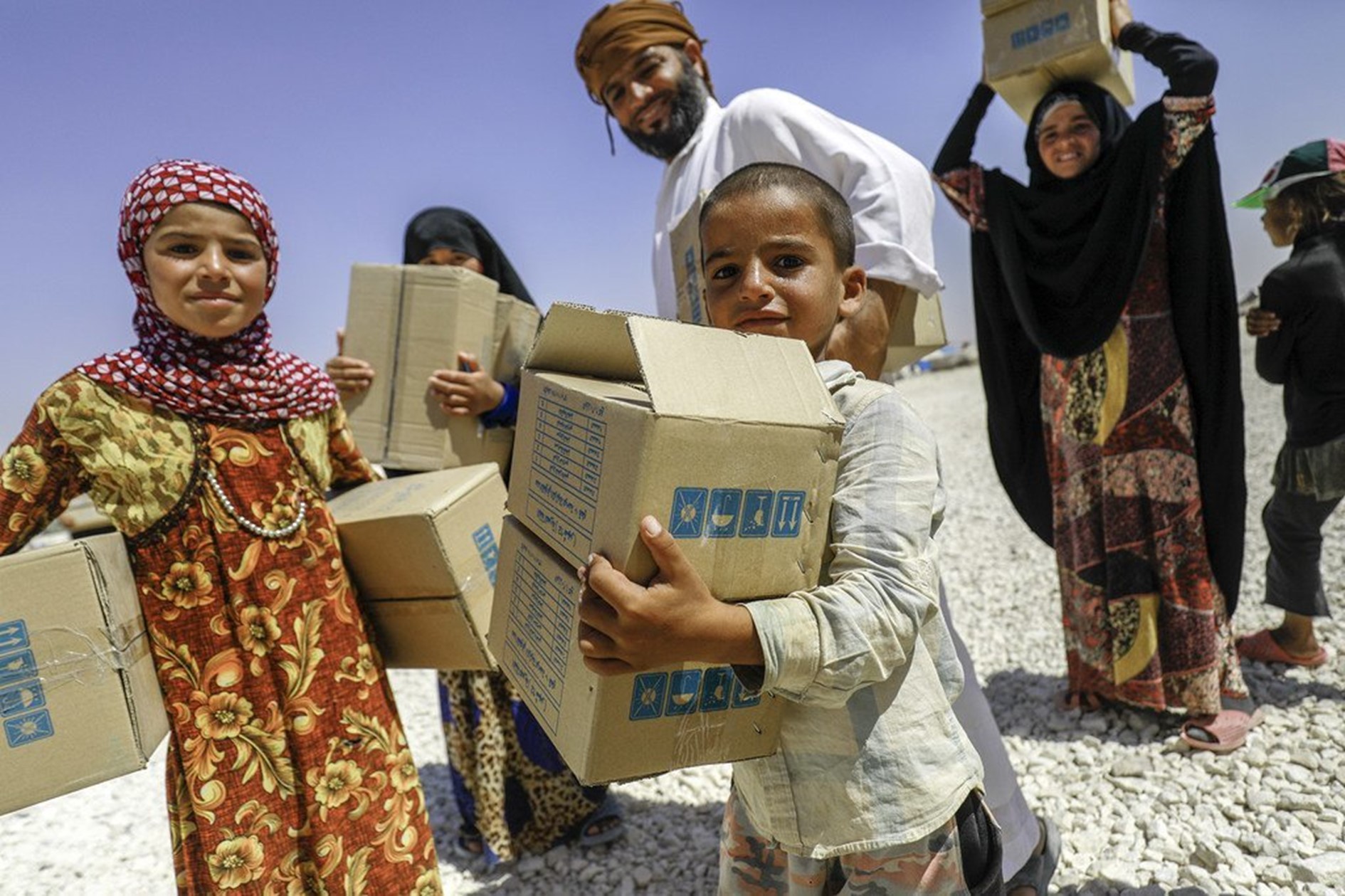 Ravaged by 11 years of Civil War and now straddling the line between war and peace, Syria is facing a major economic and humanitarian crisis. Whilst battles have ceased in most of the territory, except rebel stronghold Idlib which still resists the regime, the United Nations (UN) estimates that 90% of Syrians now live in poverty, and 60% are faced with food insecurity, a 51% increase since 2019. Out of 17,5 million of Syrians, 14,6 depend on humanitarian aid for survival.

Since 2014, approximately 2.5 billion dollars of humanitarian aid has been directed yearly towards Syria. However, these funds appear to benefit Bashar al-Assad’s regime more than it does the civilian population. On the one hand, Assad in governmental Syria, along with the other de facto authorities in the northwest and northeast of the country, are conscious that this aid is key to maintaining them in power, as it allows to prevent the eventuality of a total collapse of the country, or at least slow it down, thus containing the anger of the people and avoiding potential uprisings. On the other hand, the regime has managed to create a system that “rewards [them] more the worst it gets”, to quote the 2021 CSIS report on aid diversion by the Assad regime.

Indeed, the regime has long been known to unscrupulously co-opt aid and reconstruction funding towards areas deemed “loyal”, while preventing it from reaching areas formerly held by opposition or redirecting food baskets meant for civilians to the military, an issue that the Humanitarian Rights Watch raised on many occasions. Moreover, several NGOs have been forced to decide between working in governmental or non-governmental regions due to pressure from the regime. But adding to this, the 2021 CSIS report also points to a more systemic stratagem put in place by the regime: the manipulation of interest rates. Two different ones are operational in Syria: the official rate and the black market one (or freely exchanged rate). In March 2021, the lather was 4700 SYP/1USD whilst the official one was set at 2500SYP/1USD. Even though the Central Bank of Syria is condemned by the US, the UK and the EU, foreign agencies have no choice but to convert their currencies into SYP at the Central Bank, to direct funding towards private institutions. A large quantity of the funds is thus lost in exchange for regime’s benefit and used to replenish the coffers (See CSIS graphic). In July 2021, the scope of international humanitarian aid to Syria was broadened by UN Resolution 2585 to include “early recovery” assistance. According to the United Nations Development Program, this consists of an “approach that addresses recovery needs that arise during the humanitarian phase of an emergency”. While not yet considered “reconstruction”, it is a step up from “urgent action”, a more sustainable policy aimed mainly at restoring essential services. This measure should facilitate the provision of aid to Syria, offering immediate relief to populations. However, considered too close to reconstruction, several donors have shied away from investment. Moreover, it will not solve the problem of funds diversion. The siphoned aid will contribute to consolidating Assad’s regime, entrenching demographic reengineering, and diminishing the likelihood of a national political settlement.

Ironically, the US softening on “early recovery” came as a concession to prevent Russia from vetoing the renewal of the use of the Bab al-Hawa corridor located northwest of the country at the frontier with Turkey, essential to the provision of humanitarian aid in Syria since Russia vetoed the use of the three other corridors in 2020. It is estimated that 4 million Syrian lives depend on its upholding. However, the Kremlin recently announced that it could veto the operation of Bab Al-Hawa during the annual vote on July 10th of Resolution 2533, where Council members decide on border crossing regulation. Such a decision would be a terrible blow for the Syrian population, who already struggles tremendously with humanitarian aid and could put the lives of millions at stake.