The Surge Of War In Our World - Ethiopia's Cry 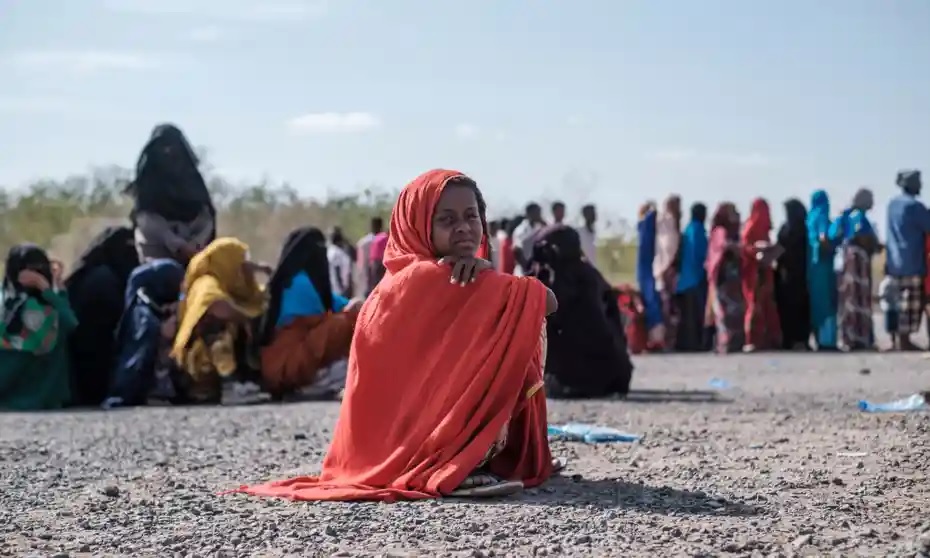 World Health Organization's (WHO) head urged the world not to forget the humanitarian crisis in Tigray, observing that even during the war in Ukraine, there are "nowhere in the world" people more at risk than in the isolated northern region of Ethiopia. WHO Director-General, Dr. Tedros Adhanom Ghebreyesus, a native of Tigray, has drawn the wrath of the Ethiopian government after accusing it of the de facto blockade. Prime Minister Abiy Ahmed's government accused him of prejudice and deception.

During a press conference in Geneva on Wednesday, Tedros mentioned these concerns. The scale of the crisis is so massive, he said, that not speaking out would have failed his professional duty.

"Yes, I'm from Tigray. And this crisis affects me, my family, and my friends very personally," he said. "But as Director-General of WHO, I must protect and promote health wherever it is threatened. And nowhere in the world is the health of millions more at risk than in Tigray."

Furthermore, building upon the Russian invasion of its neighbor, he added that just as WHO continues to call on Russia to make peace in Ukraine. We also continue to pursue Ethiopia and Eritrea to end the blockade and siege and allow safe passage for humanitarian supplies and life-saving workers."

Since mid-December, the UN has still not provided emergency food to Tigray. And while medical supplies have been arriving in recent weeks after a six-month hiatus, the WHO and local doctors have said the quantity coming is insufficient to meet the population's needs.

Tigray's largest hospital staff made it known that patients have died due to insufficient medical care. A few days prior, Tedros mentioned that no treatment was available for 46,000 people living with HIV. He stated that the program was abandoned - people with tuberculosis, high blood pressure, diabetes, and cancer are also not treated and are, in large numbers, dying.

He adds that despite these unfortunate circumstances, an increase in communication problems has made Tigray a "forgotten crisis. Out of sight and out of mind." The Ethiopian Foreign Ministry further added: "Through his actions, (Tedros) spread harmful misinformation and threatened the WHO's reputation, independence, and credibility."

The government has denied placing Tigray under a de facto blockade. Fighters from the Tigray People's Liberation Front are accused of disrupting aid delivery routes and looting hospitals in areas under their control.

Last year's harvest marginally improved, and coping mechanisms such as selling livestock, begging, or cutting family spending on health or education may have temporarily averted the UN's prediction of a 'worst-case scenario.' Supplies brought in recent months by Tigrayan troops fighting in the Afar and Amhara region in the south have helped to some extent, aid workers say.

US officials estimate that about 80 percent of Tigray's population remains food insecure, up from 15 percent before the war in November 2020. Locals give information about doubled food prices and are up 400 percent in some cases. Malnutrition charts rose to 13% for children under five and over 60% for pregnant and lactating women.

"We believe the resilience or coping mechanisms of the guys we initially looked at were higher than we might have given them credit for at the time," said a US official partaking in the relief efforts. "But at the same time, we still estimate that around 700,000 people in Tigray are affected by famine."

Since July, Tigray's population of around 5.5 million has been under what the UN considers a "de facto blockade." Prime Minister Abiy Ahmed imposed it as part of the government's plight against TPLF-led rebels in the region.

Eight months after the occupying Ethiopian army withdrew from Tigray, less than 10% of the needed food aid has reached Mekelle, the region's capital. No aid truck has gained Tigray since mid-December. The neighboring desert of the Afar region has been cleared for humanitarian convoys, with banking and communication services being closed.

A twilight economy - the fuel of finance - filled part of the void. According to a recent study by the World Food Program, more than a third of the population depends on donations or loans for food. Others rely on smugglers from neighboring Afar or Amhara sections or humanitarian aid workers with permits to bring in little money. Some even resort to bribing or threatening bank managers to withdraw funds.

Ayder Referral Hospital in Mekelle is at the heart of the humanitarian crisis. Until last month, no medicine or hospital supplies were allowed in Tigray, and the 500-bed hospital is yet to meet its monthly budget. "Almost all medical units are on the verge of total failure," informs a clinic spokesman.

Since January, there has been a respite after an agreement with the Ethiopian government to permit flights carrying emergency medical supplies to fly.

The Red Cross has sent 31 shipments of essential medical supplies to Tigray since these flights began on January 26, mentioned Fatima Sator of the International Committee of the Red Cross in Ethiopia. The UN says it delivered 333 tons in mid-March. But the crisis continues. "Before the war, the hospital had about 80 percent of the essential medicines in stock," says a doctor from Mekelle, who asked not to be named. "Currently, it's down to 11. 8% and the status of other services is essentially the same as in recent months. And not only that, we now have many patients because they think they can find medicine here." In February, the central government and Afar authorities permitted a convoy of 20 trucks to drive through the region. It hasn't been set out on its journey yet.

The Ethiopian government and the TPLF have been swapping blame for the humanitarian crisis in the north for months. On February 22, Abiy, in a speech to parliament, claimed that the TPLF's recent incursion into Afar was a deliberate attempt to block the aid corridor there to damage the image of his government. Starving the people of Tigrayan "was not the government's intention or the people of Ethiopia," he said.

The government also claims that the TPLF uses fuel in Tigray for military purposes to give them more fuel rations for humanitarian operations.

This makes talks of opening more routes through Amhara, a region with particularly hostile relations with Tigray that has been closed to convoys since July, even more urgent. "I think they could now be open to these discussions," says a development worker in Addis Ababa. "Not necessarily agree, but at least they're open to discussion."

The primary planting season is due to start next month in Tigray, but seeds and fertilizer are running out.