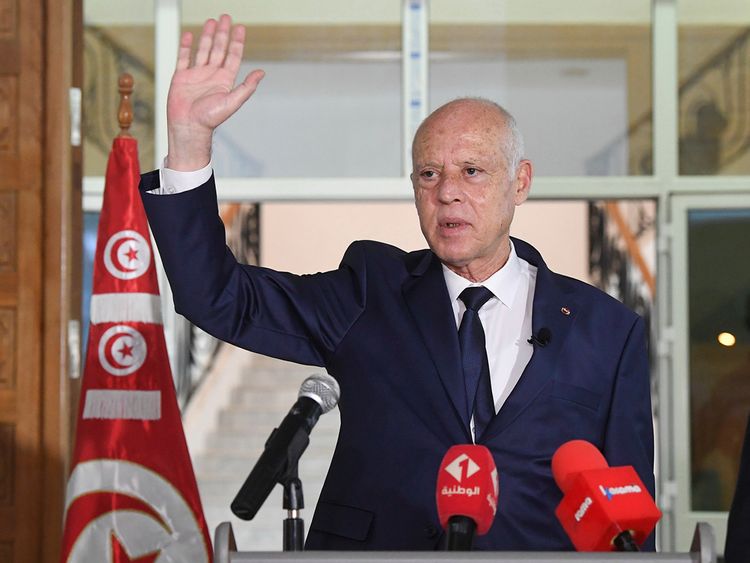 Tunis, July 8 - President Kais Saied published this Friday in the official gazette that his new constitution contains multiple mistakes to be modified.

The Tunisian president, Kais Saied announced in his speech for the Eid celebration that his new constitution, which replaced the 2014 constitution, has a lot of errors in 46 chapters. The president later published the new draft, which received harsh backlash on social media.

In a video published by the official page of the Tunisian presidency on Facebook, before the amendments were issued, Saied said that “a set of clarifications must be added, to avoid any confusion and any interpretation", with the aim of correcting the "mistakes" and adding "a set of clarifications."

The new draft was published in an attempt to ward off harsh criticism as his first version was scorned for the errors it contains and for the self-granted absolute power.

Despite the harsh criticism, Kais Saied said that voting for his new constitution, which will be put to a referendum on the 25 of July, “will correct the course of history”.

He considered that "tyranny has ended irreversibly and will never return, neither by a constitutional text nor by any other parliamentary ruling," he said.

Among the amended chapter, chapter five, which has sparked a lot of controversies, was criticized by Amnesty International, saying it "allows discrimination against other religious groups."

In the new draft, the phrase "democratic regime" was added to Article 55 of the section on rights and freedoms, to ensure that Tunisia will preserve the democratic pillars of the system. Sadiq Belaid, the General Coordinator of the Committee, who was signed by the president to draft a new constitution, had disavowed the version published by Said and said that it "has nothing to do with the one that we developed and presented to the president," adding that the draft "opens the way for a dictatorial regime."

The Ennahda Movement, as well as Human Rights organizations, accused the President of seeking to "pass a constitution tailored to him and to create tension with his opponents."

Until now, Tunisians are divided into two groups; the ones that strikingly support Saied’s decision against 2O11’s revolution, and the others that claim Kais is dragging Tunisia back toward autocracy and anarchy.