The Ukrainian Orthodox Church Breaks The Bonds With Russia 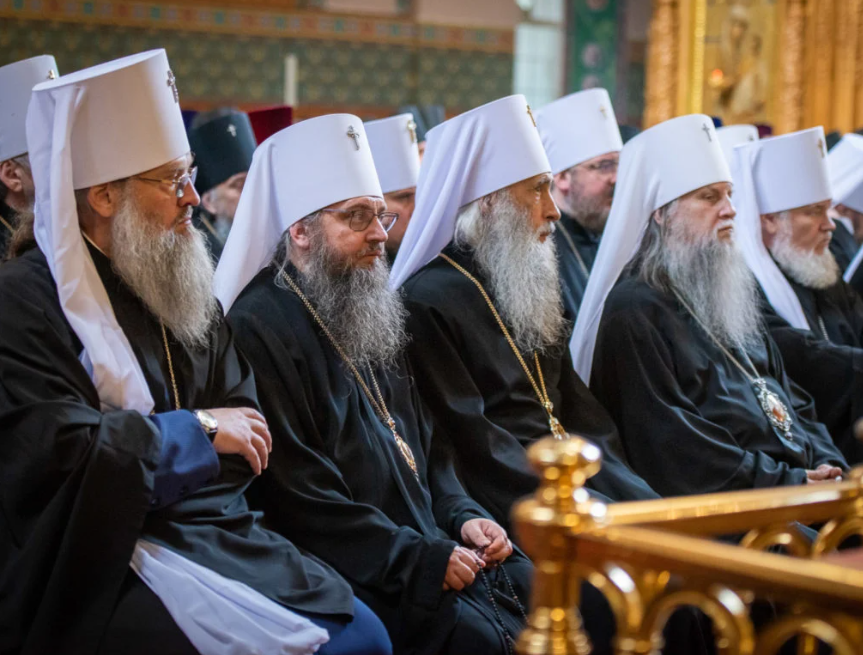 The Ukrainian Orthodox Church (UOC) has declared a rupture of relations with Russia. The decision was made at a meeting of bishops, priests and monks on May 27. The meeting was initiated by the Synod on May 12 to discuss the problems of the Church, including those related to the Russian military operation in Ukraine. The Council of the Ukrainian Orthodox Church expressed disagreement with the position of the Moscow Patriarch on the war in Ukraine and called for a dialogue between the countries. The Council condemned the fighting as a violation of the commandment “Thou shalt not kill” and appealed to the Russian leadership to “continue the negotiation process and search for a strong and reasonable word that could stop the bloodshed.”

Now the Ukrainian Orthodox Church is self-governing. It is headed by Metropolitan Onufriy. After the start of the military invasion of Ukraine, priests of some dioceses stopped mentioning Patriarch Kirill in their sermons.

Earlier Patriarch Kirill of Moscow and All Russia delivered a sermon at a service in the Cathedral of Christ the Savior. It was the first clear statement of the Russian Orthodox Church after the war started. He blamed the “third party” for unleashing the war in Ukraine, which “wants the weakening of Russia, which has become a strong, really powerful country”.

Said that the Russian Orthodox Church “with understanding” refers to the need for the leadership of the Ukrainian Orthodox Church “to act wisely so as not to complicate the life of its believing people”. He accused the “spirits of malice” of trying to create an abyss between the two nations. Patriarch Kirill also expressed his empathy for the suffering of the Ukrainian people in these difficult times.

At the end of March, deputies of the Ukrainian party “Golos” submitted to the Verkhovna Rada a bill banning the activities of the Russian Orthodox Church (ROC) in the country and the seizure of its property. The ROC warned that the adoption of such bills would provoke a “new round of civil confrontation” and exacerbate the split.

Since 2018 the Autocephalous Orthodox Church of Ukraine (PCU) has been operating on the territory of Ukraine. This local church was formed as a result of the merger of two non-canonical church structures: the Ukrainian Orthodox Church of the Kyiv Patriarchate and the Ukrainian Autocephalous Orthodox Church. The ROC called this association “canonically insignificant.” On May 25, the PCU called on the UOC for dialogue, separation from the “non-canonical authority of the Russian patriarch” and unification. In a statement, the UOC invited the PCU to resume dialogue, provided that the latter stops "the seizure of churches and forced transfers of parishes.”