The woes of Palestinian History: Beyond 'Conflict' 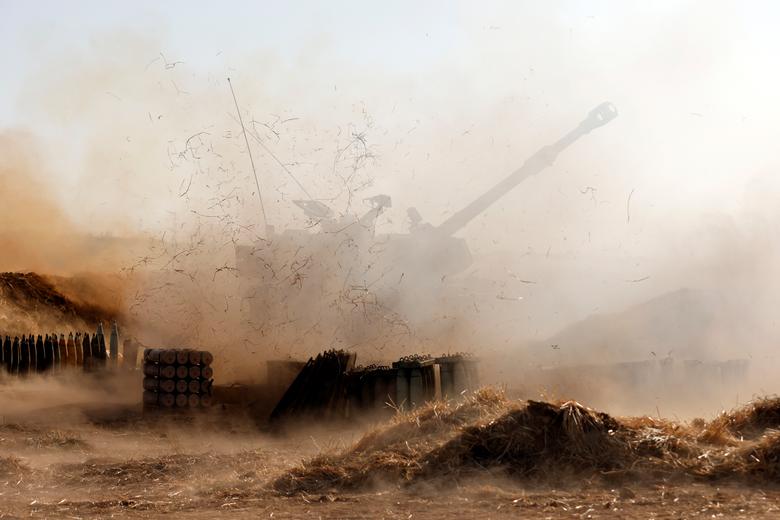 The basis of the Jewish migration to Palestine is based on the Hebrew Bible’s reiteration on the return of Jews to the “Holy land”. This was made a reality by the Balfour Declaration of 1917 through which Britain seized Palestine from the Ottomans to create a national home for the Jewish people. There was a mass migration of Jews to Palestine in the 1940s due to the Nazi Holocaust and a second wave of this migration took place in the 1990s when the Soviet Union allowed its people to emigrate to Israel.

The British plan was to form a State with Muslims, Jews and Christians all living in the vicinity of the Palestinian land and the rights of the native population were to be protected. However, Jewish armed groups fought the British authorities for an independent State. Zionism strongly reflects on the nationalistic demand that an Israeli State is bound to exist in Palestine, based on the assertion that those lands represent the ancient homeland of the Jews. In 1975, considering the ghoulish violations of Human Rights, the United Nations General Assembly adopted a resolution which described Zionism as “a form of racism” and continued to hold this position till 1991.

To bring about peace in the region, the UN recommended the division of Palestine between the Jewish and the native Arab population, with an International control over Jerusalem. This is often seen as a blunder by the United Nations because neither were the protocols for division followed nor did it bring about peace in the Mediterranean region. Rather this created a furor in the Arab World which culminated into the Six Day War in 1967. The Six Day War started with Egypt’s expulsion of the UN buffer forces from the Sinai Peninsula and the closure of Strait of Tiran to Israelis, which led to Israel launching pre-emptive attacks on Egypt as well as to Jordan and Syria joining the War. Israel occupied the territories of east Jerusalem, West Bank, Gaza, Golan Heights and Sinai by defeating the combined forces. It was through the Camp David Accord of 1978 that Israel withdrew from Sinai and more importantly, Israel pledged to accord self-government in West Bank and Gaza.

In 1987, the Palestinian fight for their self-rule started with the First Intifada or the Uprising. It led to the formation of the Hamas Movement and the beginning of Palestinian retaliation of Israel’s violence with the same. The Oslo Declaration between Prime Minister Rabin and Palestinian Liberation Organization leader Yasser Arafat officially ended the First Intifada and Palestine was granted the right to self-rule. This was rejected by the extremists on both the sides with Palestinian groups indulging in violence as well as the assassination of Rabin by a Jewish extremist.

It is from the 1990s onwards that the contestation between the Israeli government and the Hamas has continued thus far. Hamas believes that there cannot be any potential solution for Palestine, except for jihad. After Hamas secured control over Gaza by winning elections to the Palestinian Legislative Council, Israel announced Hamas as a ‘hostile entity’ and imposed a number of sanctions which led Hamas to attack Israel and vice-versa. The rockets that are shot from Gaza are retaliated with deadly attacks from the Israeli government. The refusal from both sides for a ceasefire has caused the Palestinians thousands of lives and incessant loss of property. Palestine, today is one of the most ravaged places of the World with rampant human rights violations against its people.

According to UN OCHA, Israel has continued to demolish Palestinian residential structures in occupied West Bank, giving the reason that they do not hold the Israel issued permits. Palestinians from West Bank and Gaza who marry Palestinian citizens of Israel are denied the right to nationality. Amnesty International mentions that there has been a discrimination against Palestinian citizens in the areas of planning, budget allocation, policing and political participation. The roughly 20% Palestinian population in Israel receives a mere 1.7% of State Budget for its local councils. According to Humanitarian International Law, detention of children should be a measure of last resort and for the shortest possible time. However, in a single instance in 2020, Israel interrogated 157 children without the presence of their parents and later put them into prison with adults. . These examples are just the tip of the iceberg wherein the reality holds that the Palestinians have been losing lives in unbridled atrocities including mass killings including those of children, rapes, bombardment of houses and lack of basic human rights.

The Gaza strip continues to be the most contested area and hence, the region with maximum number of air strikes and killings. Israel has an illegal air, land and sea blockade of the Gaza strip with restrictions on movement of people and commodities to and from the area. The blockage of supply of fuel in 2020 led to the shutting down of the only power plant in Gaza. Israel imposed a complete closure and limited the entry of goods to food and medicines only, as a way of “collective punishment” at a time of increasing COVID-19 infections in Gaza.

Israel claims that its occupation of West Bank and Gaza was but an act of self-defense and hence, it is legitimate under Article 51 of the UN Charter. Professor Blum put forward his “missing revisioner” theory which serves as a legitimizing factor for this claim of Israel. According to his theory, West Bank and Gaza did not belong to any other country at the time Israel occupied them and hence, this cannot be treated as an occupation, rather it is an administration of these areas where no sovereign power was present.

The atrocities committed against the Palestinians has often been described as a genocide to perish their very existence. In the contestation of getting more land for its own people, Israel has continued its crackdown in different neighborhoods, Sheikh Jarrah being the most recent of them. There cannot be any solution unless the rights of the Palestinians are protected and the problem is seen from a wider lens than being one of just religion. The Israel- Palestine issue is one of the most complex in our history and religion is just one layer of this multi-layered problem. It has underlying issues of colonialism, Western supremacy, racism, the nature of Hamas and the unclear nuclear policy of Israel. Unless, these layers are recognized, let alone being addressed, there cannot be the existence of the long sought after peace in the region. And most importantly, the question that needs to be addressed is whether this quest for power worth the lives of innocents?