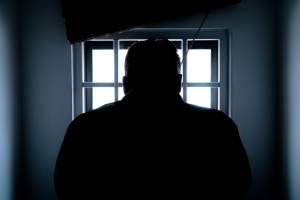 According to the BBC, the files were hacked, downloaded and decrypted from some police computer servers in Xinjiang, before being passed to Dr. Adrian Zenz, a scholar previously sanctioned by the Chinese government for his influential research on Xinjiang. Dr. Zenz shared the documents with the BBC and “although we were able to contact the source directly, they were unwilling to reveal anything about their identity or whereabouts” (BBC)

The unredacted material of these files is available in the peer-reviewed paper that Dr. Zenz has written for the Journal of the European Association for Chinese Studies. Here, confidential documents, speech transcripts between leaders, spreadsheets, and images of detainees are grouped together demonstrating the Chinese government's dehumanizing actions.

The documents in the Xinjiang Police Files date from 2000 to 2018,  most likely due to a government directive issued in early 2019 to strengthen Xinjiang's encryption standards. Thousands of photographs from China's highly secretive system of mass incarceration in the region show women, men, and minors in unlawful conditions, some even with visible physical injuries.

The region of Xinjiang has experienced violence and stricter government control for decades.

But, a dramatic shift in national security measures occurred between 2013 and 2014, following two deadly attacks blamed by the government on Uyghur radical Islamists (BBC). In 2015, the government made Islamic veils illegal in all public places, citing the decision as part of an effort to combat Islamic extremism.

The year after, the Chinese government approved the collecting of biometric data from the entire Xinjiang population, including DNA, voice recordings, and facial scans, in order to track and monitor messages, calls, videos, and other daily activities. And in March of 2017, the Chinese Department of Justice issued a directive ordering the establishment of transformation centers in the region.

As indicated in the files, the methods used to “re-educate” the detainees are violent and unethical, and the reasons for the arrests are often arbitrary and vague. The files also contain a computer registry with the data of 330 people subjected to the harsh regime for illegal activities related to religion. Many are accused only of having "studied the Koran secretly", having "grown a beard under the influence of religious extremists", having "worn Islamic robes" or "traveled to Muslim countries" (from BBC report).

Many organizations, civil professionals, and institutions, including the United Nations, have publicly condemned these facilities as concentration camps. Over the years, the Chinese government has consistently denied repressing Uyghurs and instead claimed to be conducting an anti-terrorist campaign.