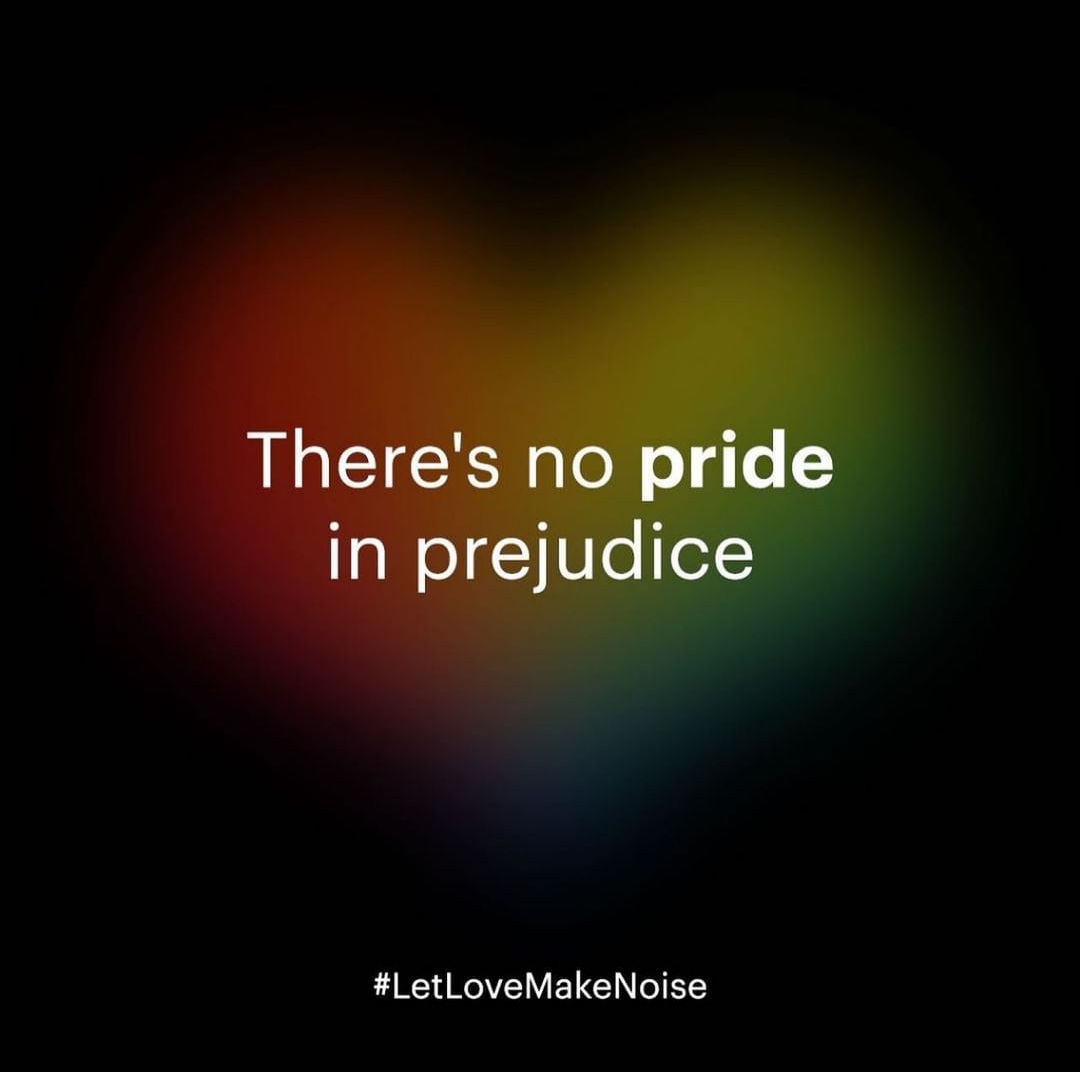 June is a month of recognition and awareness to a more colorful world that exists with and within us. A month hailing struggles for equal rights and pride for lesbian, gay, bisexual, transgender and queer community(LGBTQAI+). A month dedicated to LGBTQ voices, LGBTQ culture and LGBTQ rights. A Rainbow Flag,   having separate colors with individualistic meanings, shines as the symbol of the LGBTQ pride.  Red depicts life, Orange for healing, Yellow for sunshine, Green for nature, Blue for harmony, Purple for spirit, Black for Black lives matter.

This is the 52nd anniversary of the first ever Pride Parade dating back to 1970. This year’s Pride theme is “The Fight Continues.” Remember, pride started as a protest! This year people are being involved in masses, showing their support both online and offline. Declaring Section 377 as unconstitutional i.e. decriminalizing homosexuality, Supreme Court gave a ray of hope to the oppressed and repeatedly discriminated class of people. Three years down the line, Indian Queer community continues to be on the receiving end of prejudice and discrimination. Their demand for legal recognition still stands tight. But they hope for a bright, free and equal future.

The archaic patrolling of the borders of sexuality and gender identity, we are not really surprised. The GenZ or millennial generation is said to be in frontlines of change in India. It’s a generation that has strong beliefs and isn’t afraid to stand up and voice for others. It is a generation that doesn’t fear judgments of society. Kick starting the Pride month; Activists, students and queer supporters participated in various marches and parades all over capital city of Delhi. Slogans shouting “We Will Love Who We Want” , “Love And Liberation” , “Love is love” ,”Queer Will Not Live In Fear” were visible through marches in University of Delhi. JNU activists also participated and voiced their opinion about freedom of love.

Similarly they have shown their support to the digital campaign #AllyOfLove launched by international dating app OkCupid. This campaign believes in #lovewithoutbarriers and #loveislove. This campaign is an attempt to break stereotypes supported by the progressive generation. It gives people an opportunity to express themselves across 13 sexual orientations and 22 gender identities. WeWork India also hosted an online pride parade followed by an online art exhibition showcasing work of members of the queer community

Our country has history of abuses and discrimination towards the Queer community; calling them names and bullying. We have a long way to go in reforming  the shallow and orthodox  mentality of people. Society should stop forcing compulsory heterosexuality and masculinity down everyone’s throat. We should accept people as they are rather than criticizing and blaming them. We should not ask them to change themselves. Rather we should try widening our perspective and understand their unique identity. Alas the Society! Log Kya Kahenge? Why should we care? Logon Ka Kaam He Kehna.

You would have to be extremely lucky individual if you have somehow managed to escape this cultural obsession with propriety. It is hard to escape, impossible even for some.

The First Gay Marriage in Telangana