Transgender Awareness Week: What It Is, Why We Need It 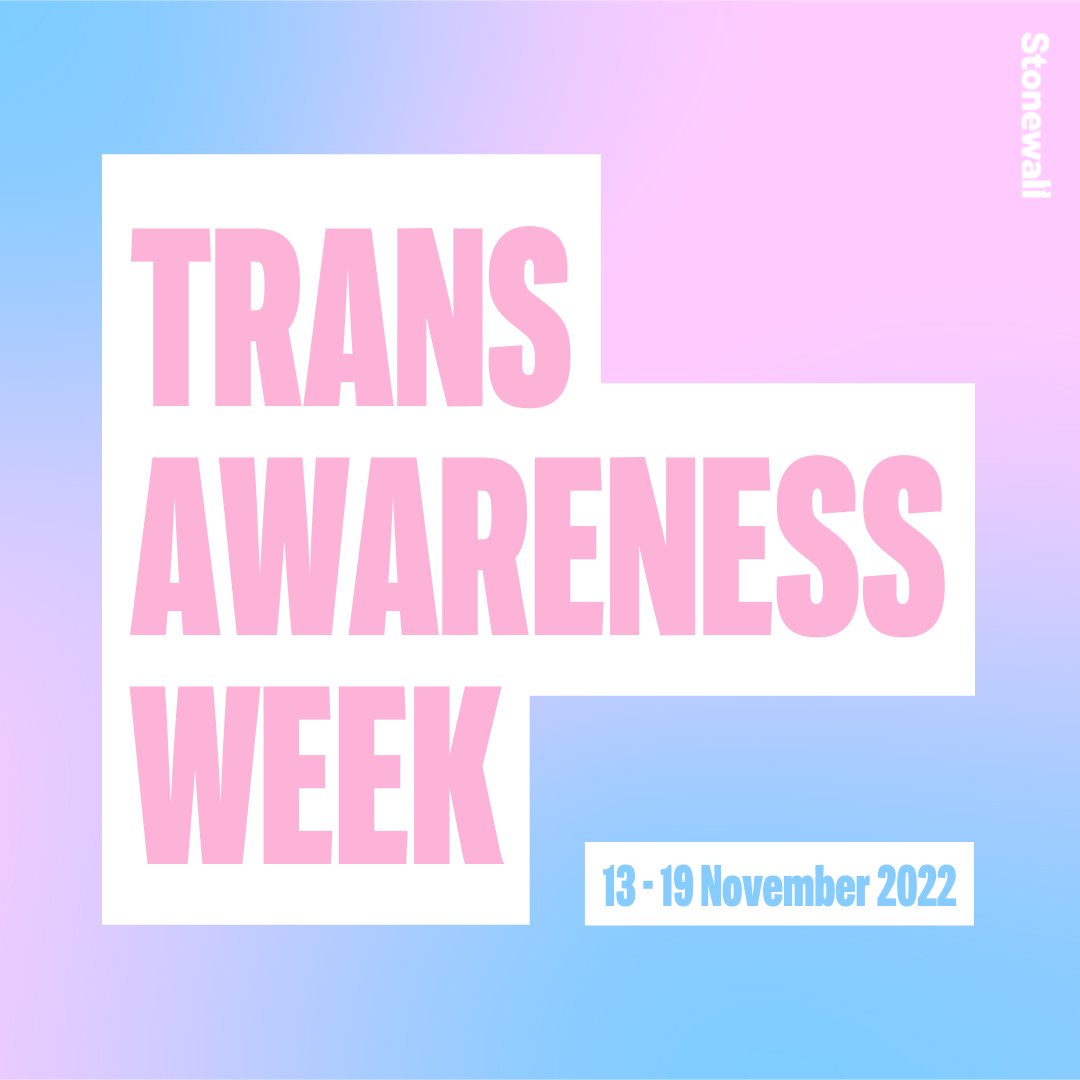 This week marks Transgender Awareness Week, a week where people globally are encouraged to partake in activities to acknowledge the existence of transgender people and to further the allyship of the world’s cisgender majority. LGBTQ+ charity Stonewall estimate that approximately 1% of the global population identifies as transgender, although that figure is liable to be larger given a sizeable proportion of the transgender community remains ‘closeted’, for want of a better word.

The week is a lead-up to the Transgender Day of Remembrance. Falling on November 20th, 2022, it is a memorial to transgender individuals who have been murdered due to their existence and personal identity, but also to all of those transgender and gender non-conforming people who died before legal advances for LGBTQ+ people became a reality.

The history of transgenderism extends much further back than many people realize, with tales of gender non-conformity and transgenderism being found within Ancient Egyptian and Norse mythology. Archaeological discoveries have uncovered Native American tribes with ‘third-gender’ roles, and the frequent exercise of men playing female characters in Japanese theatre during the Edo period is indicative of a widespread acceptance of leniency regarding gender roles.

Transgender and gender-fluid individuals existed in the 18th Century Haiti, amongst tribes such as the Igbo and Fon in West Africa, and in the Spanish Army during the Arauco War (1536-1810) in modern-day Chile, indicating both a global tradition and acceptance of breaking the gender binary.

The ancient celebration of gender fluidity has been superseded by more defined gender roles and stereotypes that make it harder for people, both transgender and non-binary, to define themselves outside of the now-accepted traits of masculinity and femininity. TV shows such as RuPaul’s Drag Race and Pose have given important airtime to LGBTQ+ people, but mask a deeper issue for transgender people within society; RuPaul himself made the news in 2018 for appearing to suggest that transgender women would not be welcome on Drag Race.

Transgender rights have been in “a global recession” for the last few years, according to Jamie Wareham, founder of Queer AF. There are individual examples of trans people managing to break through discrimination to achieve important goals, with James Rosener becoming the first openly trans man to be elected to a state legislature, winning the race in New Hampshire’s 22nd District.

Victories such as these were however balanced out by the re-election of openly anti-LGBTQ+ politicians such as Florida Senator Ron DeSantis, a signatory of Florida’s very controversial “Don’t Say Gay” policy. Outside of politics, incidents within the cultural sphere also highlight the need for further transgender awareness, with high-profile transphobia permeating through the media.

Last week, Youtuber Nikita Dragun was reportedly placed in a male prison after being arrested, despite her both identifying as female and being legally defined as female. When asked if Dragun would be allowed to transfer to a female unit, the judge declined, saying: “I don’t make the rules up there”. This would, of course, have never happened to a cisgender woman, indicating a legal and social separation between cisgender and transgender rights that leaves transgender people open to discrimination, prejudice, and harm.

Many of the above examples center around the USA, but this is a worldwide problem. London’s Metropolitan Police released statistics that showed that the number of hate crimes against transgender people increased disproportionately from 59 in 2011 to 385 in 2021. The UK Government’s manifesto pledge to end conversion therapy, an incredibly progressive step, came with the stipulation that it would not include transgender people. A spokesperson in April 2022 said that the government would “carry out separate work to consider the issue of transgender conversion therapy further”.

In the wake of the cost-of-living crisis and economic instability in the UK, the issue appears to have been shelved. New Prime minister Rishi Sunak named Kemi Badenoch as the Minister for Women and Equalities, despite openly transphobic recordings coming to light in 2018 which secured her position as an opponent of further LGBTQ+ rights.

The UK was cited as one of seven countries in the Trans Legal Mapping Report (2017) that had seen the pursuit of trans rights stall or regress, with Hungary, New Zealand, Guatemala, Mongolia, the United States, and Uruguay completing the list. Whilst there have been progressive advances in Australia, Canada, Chile, and Costa Rica, and more modest change in Pakistan, it remains illegal to be transgender in 13 countries; in Malawi, for example, a ‘cross-dressing’ conviction can carry with it a judgment for corporal punishment.

We are days away from the start of the FIFA World Cup 2022, notoriously set to take place in Qatar, a nation within which LGBTQ+ people are routinely persecuted and prosecuted for their sexuality and gender identity. Partaking in same-sex sexual activity is punishable by up to 7 years in prison for non-Muslims, with Muslims facing the death penalty for extramarital sex irrespective of gender. However, given gay marriage is illegal within the Qatari state, this law is much more likely to affect LGBTQ+ people in the country.

LGBTQ+ fans are particularly concerned about traveling to Qatar to watch the World Cup, with governments providing little reassurance on the matter. Britain’s Foreign Secretary, James Cleverly, placed the onus on English and Welsh LGBTQ+ fans to censor their identity in the name of “respect” for homophobic Qatari laws and beliefs. These remarks were classed as “tone-deaf” by Shadow Culture Secretary, Lucy Powell, and came off the back of openly gay Australian footballer Josh Cavallo stating that he would feel “concern” about traveling to Qatar should he make the squad.

Then, there is still a lot of ground to be made up for transgender people across the world. That this year’s Transgender Awareness week coincides with the FIFA World Cup is proof in itself that we are not yet a safe society for transgender people, made even clearer when we acknowledge that Transgender Day of Remembrance falls on the same day as the World Cup is officially started, with anti-LGBTQ+ hosts Qatar playing Ecuador.

Advances are, slowly, being made to further transgender rights in certain corners of the globe. But with anti-trans discrimination and prejudice still very much at the forefront of society’s collective mind, Transgender Awareness Week is more important than ever.

Latinx Music Appeals To Only One Type Of Love