Have you ever thought about the relation between heritage and identity? Is it true that people with no past have no future? How do we find ourselves over ancient drawings? What are the things that determine the value of the archeological places? The following story is about a trip to Egypt’s only pharaoh temple in Sinai and the adventure at Sarabet el-Khadem region. It’s the journey to goddess with many titles such as: the Lady of Heaven, Lady of the West, Lady of the Stars, the Eye of Ra, the Golden one, the Goddess of Love and other titles; the Goddess Hathor. Also, it’s the place for what claimed to be the first alphabet in human history.

When looking over the pharaoh’s history, Hathor was not like any other Goddess. She acquired her first title “Eye of Ra” as she was the daughter of Ra, the Sun God. Her nonstop legacy through many ancient scripts describes her powers. One of them interprets her “Evil Eye” title which claims that Ra had sent her out in a form of huge eye to guard mankind and at the same time she could act violently and destructively. Also, sometimes she was portrayed as Sun Goddess, Moon Goddess, Agriculture Goddess, and Underworld Goddess. 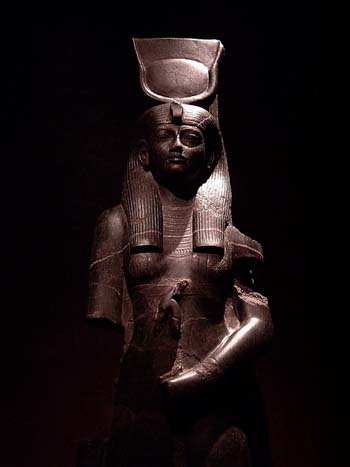 Hathor was also acknowledged during pre-dynastic times, especially before 3000 BC, a period before the normally recognized dynasties. Pictured as a cow extracting the soul out of the dead and preserving it while the administering mummification, is correlating why she was always worshipped in a form of cow. But in times, she was portrayed as a woman’s body with a cow head. This had ended after a while when the picture got the human head that also experience changes of horns and long ears.

The Temple of Hathor

Beyond what Hathor might look, her temple rises over 850m above sea level and 50km from the coastal town of Abu Zenima. It’s located in Sarabet el-Khadem region, a sandstone plateau in southwest of Sinai, that is surrounded by wall and for the very first look, one could imagine it as an immense projection of stones. Ibrahim, the only guard person employed by the government to protect the temple, stands with nothing but his teapot and some of the pastries which he generously serves to visitors. 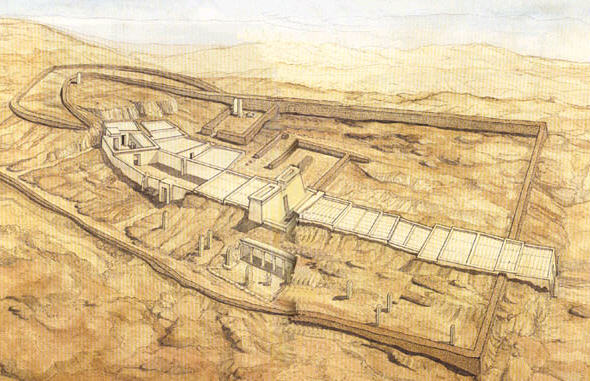 He expressed his passionate about this temple saying, “the official people do not know how much I sacrificed for keeping those stones safe”. He got attacked by a group of robbers during the 25th of January 2011 revolution. “I was standing there alone with nothing facing their guns which pointed some of the bullets near me,” he said. Also, Ibrahim told me that he had called the government many times to provide these precious stones with more protection, but nothing was done. The importance of the place goes back to thousands of years as ancient Egyptians were the first to discover the area as wealthy with minerals. About 8000 years ago, the area only residents were miners who worked their way digging from one place to another to extract the minerals. By 3500 BC, when Hathor ruled, the great turquoise of Sarabet el-Khadem plateau had been discovered. Relatively, the caves are spread over the area which was used to extract turquoise stone that was the main stone for making a lot of ancient Egyptian jewelry. In the beginning of the Middle kingdom, the temple was founded at the site and dedicated to Hathor. In fact, much of the temple’s preserved stones and monuments were dedicated to Hathor, as she later became known as goddess of copper and turquoise miners.

In 1930, Professor Robert Black and Kirsopp Lacke organized and led the Harvard university expedition to Egypt. Their main purpose was to follow up on work done during the aerial of 1927 expedition and to retrieve or photograph inscription found 1904 by Egyptologist Sir William Petrie. He investigated the site, and found out the famous proto-Sinaitic script, which is believed to be an early originator of the alphabet. Most of the inscription and other artifacts were found in and around the temple. Later, they’ve concluded that much of the inscriptions were written in Egyptian hieroglyphics. There is also an inscription that was written in a different script. This new script emphasized the old Petrie discovering and later became known as the Proto-Sinaitic that believed to be the evolving language process for Egyptian, Phoenician which both led to Hebrew and Greeks. 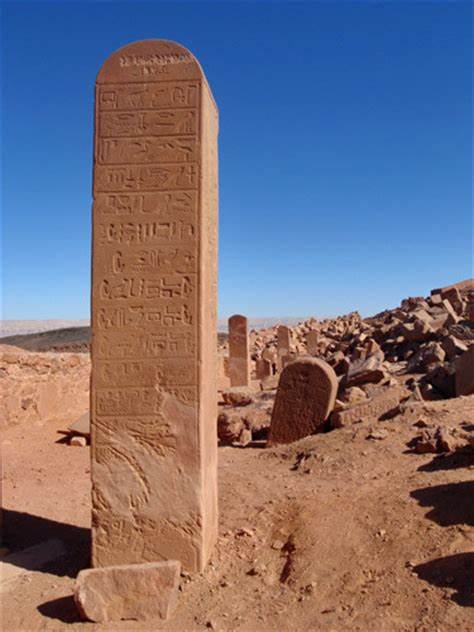 It was a remarkable thing for me personally to know how these simple rocks carried the very first alphabet in human history and how our civilizations extents to long term of other civilizations. Yet, accompanied by Yusuf, our guide from al-Eleqat tribe that lives in Sarabit region, he said: it’s the first time for me to walk through all these places and it is the best three days trip ever.He also explained some of the main places for the British. As they used to transfer the turquoise stones from Om bagma, city in south Sinai that is rich with the minerals, to Cairo by 1920 through the cable cars. It’s also important to mention that Om bagma was the official port for the pharaohs to move the stones to Cairo via ships in the sea.

Although many of the pharaoh’s inscriptions were damaged later by the British attempt to re-open the mines in the mid-nineteenth century; along the path to the temple are a number of engravings that were written by the ancient minors. Some of the most interesting photos portray the ships that would carry the turquoise to Egypt. Finally, Sarabet el-Khadem is not physically friendly. It requires a three-hour climb to reach the place. And any visitor has to climb up a long series of stairs, much of it destroyed by seasonal floods, to the top of a mountain and return through by a car. Wide space to the route leading the area is not paved that makes one unable to reach it without the help of the local Bedouins.  They are already living there to defend the temple from anything and alert tourists as they can be hired as guides.