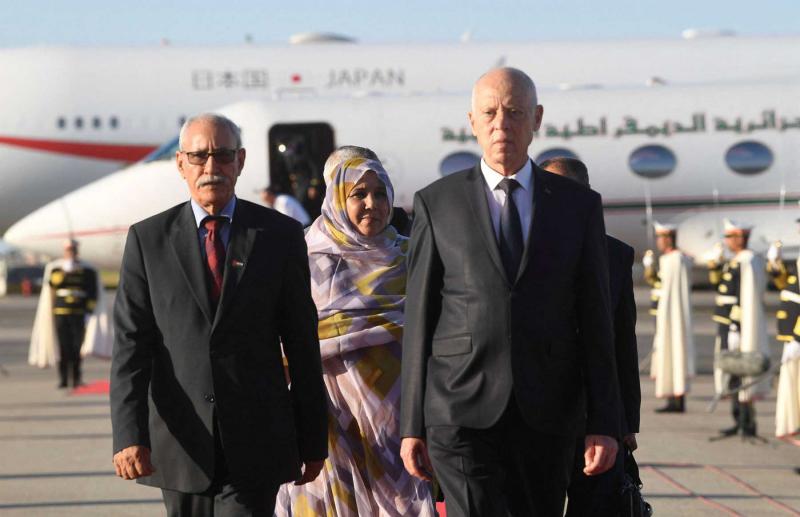 Tunisian president, Kais Said, invited and personally welcomed the separatist Polisario Front leader Ibrahim Ghali to the TICAD-8 summit that is being held in Tunisia. Said’s actions are believed to have raised a major diplomatic rift between Tunisia and Morocco.

Following this event, Rabat decided to withdraw its ambassador to Tunisia and the Tunisian government subsequently decided to do the same.

For that reason, Tunisia’s decision to invite Brahim Ghali to the African development summit this weekend was seen as “hostile and prejudicial” to the peaceful and fraternal relations that the two North African countries have always maintained.

He also expressed his surprise at Morocco's decision, saying that it is based on “irrational justification”, since the invitation to Ghali to the summit has already been done before.

However, Rabat opposed this statement saying that it holds “many approximations and falsehoods”. The Moroccan communiqué stated that the Tunisian president has made a unilateral decision by inviting Ghali, as the Japanese Prime Minister didn’t sign any invitation to the Polisario leader to participate in TICAD.

Ghali’s presence in TICAD raised a major controversy that extends beyond Morocco and Tunisia and into the summit itself. The current president of the Economic Community of West African States (ECOWAS), Umaro Sissoco Embaló, and the president of Guinea Bissau left the conference to protest against the Polisario leader's participation.

Some Tunisian political figures also expressed their disagreement with the Tunisian president’s actions. Naji Jalloul, head of the Tunisian National Coalition and former education minister, denounced Kais Said’s act of welcoming the Polisario leader from the airport. He also stated that he understands the position of the Moroccan government, considering the deep-rooted Tunisian- Moroccan relations.

The former minister also wanted to convey a message of peace, assuring that relations between Tunisia and Morocco are not bound to be destroyed because of this event.