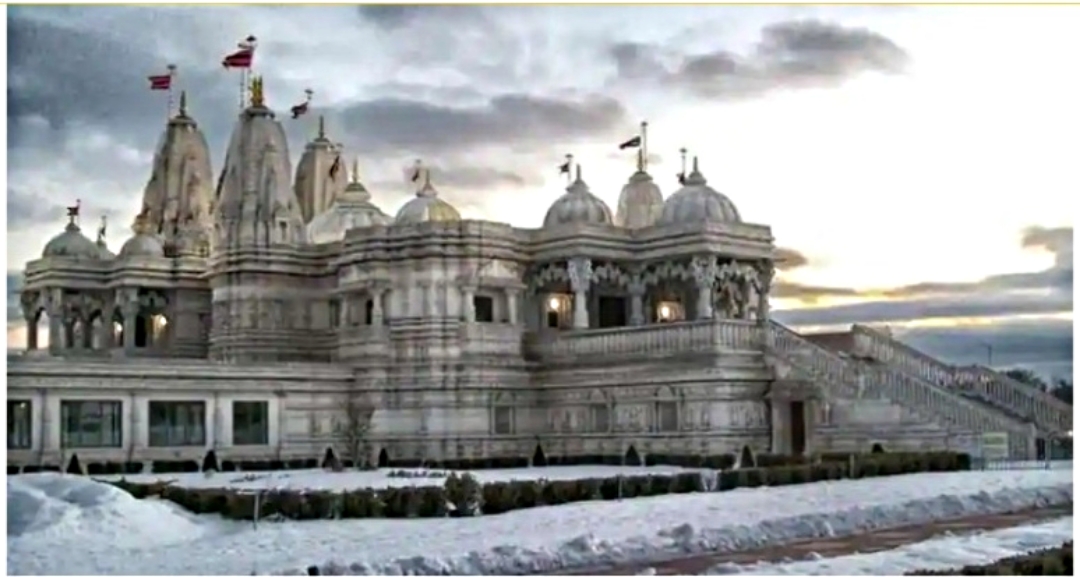 At least two more temple break-ins in Canada's province of Ontario last week have left the Indian Hindu community concerned about their safety and security and disappointed by the lack of development in the investigation into what initially appeared to be a sequence of break-ins, theft of intellectual property, and destruction and damage of property targeting Hindu worship places.

On Thursday evening, the Bharat Mata Mandir in Brampton was plundered, and the criminals took off with all the offerings in the donation boxes. "Temples and several places of God's worship are being targeted line-wise one by one. This has to be looked at extensively," temple priest Keshab Koirala said, confirming the incident that took place.

This happened on the night of a traumatic drop at the Ram Mandir in Mississauga city when the attackers appeared to escape from the mandir after a surveillance buzzer went off.

These two attacks follow at least a half-dozen identical incidents recorded in January 2022, and they come as the Peel regional police and the Hamilton police force are aggressively investigating the crimes.

The events that appeared to be targeted at Hindu temples began on January 15, 2022, with an unsuccessful effort to break into the Shri Hanuman Mandir in Brampton.

On January 25, 2022, the Maa Chintpurni Mandir in Brampton was smashed into, and a sequence of similar incidents was recorded in the days that followed at the Gauri Shankar Mandir and Jagannath Mandir in Brampton, as well as the Hindu Cultural Centre in Mississauga, Canada, and the Hamilton Samaj Mandir.

The break-in occurred on January 30, 2022, at the Hindu Heritage Centre in Mississauga. Two people rushed in and destroyed the main office while searching through donation boxes.

The temple stated in a statement that "this incident has affected devotees, priests, and Indian citizens and badly disturbed them." Each of these break-ins usually involves two people, and the incident always takes place in the early hours of the morning.

In Canada’s history, the destruction and targeting of so many temples in such a short amount of time is exceptional. There is a rising sense of fear in the community right now, as people continue to question the continuous intentional attacks on many temples. "Citizens are very much shocked that the criminals have not been arrested yet," said Kushagr Sharma, Vice-president of the Canadian Hindu Chamber of Commerce and a participant at the Hindu Heritage Centre.