Ukraine-Russia Conflict: Interview About The Situation On Ground 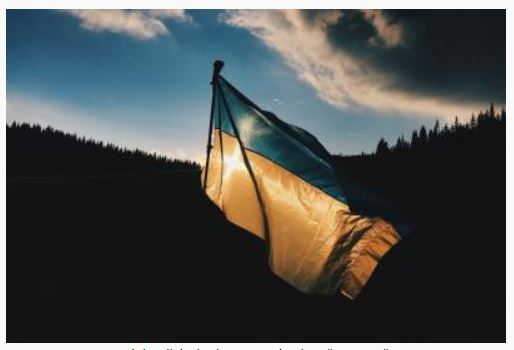 Since the breakup of the USSR, the relations between Ukraine and Russia have been tense. While they have had their moments of peace it always seems as if Russia was breathing down Ukraine’s neck. While Ukraine and other countries have been trying to mend the tense relationships Putin does not seem to back down. In 2021, Russia started to draw troops near the Ukraine-Russia border which caught the attention of the United States of America. After a summit between Biden and Putin, Russia withdrew some troops from the border but not all. But now about 130,000 troops are stationed on the border as can be seen from some images that The United States of America acquired through satellites.

In the 2019 election, Volodymyr Zelensky won and promised the people that the relations between Russia and Ukraine would improve and he would talk directly to Putin about the relations. This seemed very promising for the citizens of Ukraine as they, at last, wanted peace after years of tensions between the two countries. Still, the public’s opinion was that Ukraine wanted to join international bodies like the European Union or NATO (Which after talks between countries and international organizations, might now be happening anytime soon). The willingness of the people to make Ukraine a part of the EU might have pushed the buttons for Putin. He knew that if Ukraine were to become a part of international bodies then it would be very complicated for Russia to have any role over Ukraine. This might be the reason why Putin has decided to mobilize troops near the Ukraine-Russia border and now the number of soldiers on the border does not seem to go down. The United States of America did try to stop Russia and mend the relations between (Aforementioned, a summit was organized and Putin did drawback troops back then) the two countries but Putin sent a list of demands to the United Nations and The United States of America pleading against the union of Ukraine with NATO. There are also other demands on the list which are not acceptable to the United Nations or The United States of America.

While the tension between the two countries seems to be rising and no diplomatic talks are coming to any use I did have the opportunity to talk to one of my former classmates Ulana Hirniak who is herself from Ukraine but is pursuing her education right now at the University of South Florida. She was born in Kyiv and has lived in Ukraine a couple of times including 4 months in 2007 when she welcomed her sister too in Ukraine. She has fond memories of the country and talks about the Christmas season and how much she loved walking with her family in the downtown area where everything would be decorated.

Ms. Hirniak is well aware of the relationship between the two countries and when she had to catch up on recent developments, all she could think of was 'not again'. She learned the news from her parents while her father was working at the United States Embassy in Ukraine. When asked about who she blames for the tension between the two countries she responded, “I honestly feel like the reason the relations between the two countries are tense is because of the Russian President Vladimir Putin. He took over Crimea and that wasn’t enough, so now he’ll do anything in his power to take the whole country over. “ There has been huge social media support for the people of Ukraine and calling in International organizations to help ease the tensions between the two countries. Ms. Hirniak believes that talking about this issue on social media platforms is a great way to spread awareness and inform the public about what is happening. She also said, “ I don’t think social media has been supporting Ukraine enough to stop Putin from doing what he wants.” This seems to be true since it has been weeks that people are posting about the crisis and Putin certainly does not seem to be intimidated by the global support it receives.

Most organizations and people in the world want the issues between the two countries to be resolved most diplomatically and peacefully possible. Ms. Hirniak says, “I feel like the best way to resolve this issue would be to understand why exactly they are threatening to attack a country that Russia knows has nowhere near the amount of power it withholds. It would be nice if both presidents could meet but honestly, the current Ukrainian president hasn’t and won’t do much for the country. The Ukrainian government has so many Russians probably already within the parliament that it would be difficult to do anything. Possibly getting other powerful countries involved to help.”

One cannot imagine what the people of Ukraine are going through at this moment. Ms. Hirniak says that her relatives back in Ukraine are alert but have no voice but to go about their day as normally as one should. She said: "...Ukrainian citizens know that it is not healthy to constantly panic when nothing can be done.” There have been several interviews and numerous Instagram threads that report about the current situation of Ukraine to the World. While everyone is worried, they are still hoping for the best.

The real reason why Putin has taken this decision seems to be unclear to the world. Ms. Hirniak herself is perplexed and does not know why Russia would be eager to conduct missions with this massive impact.

While we don’t have the answers to most of our questions, what we as citizens of this world can do is be fully aware of the situation going on in Ukraine and help in whatever way possible. Our engagement with this matter should compel international organizations and foreign governments to conduct measures of establishing peace. Ms. Hirniak firmly believes that the people should be aware and that the governments and organizations should be alert and be willing to help the people of Ukraine.

Even the Ukrainian government doesn't have a strong stand on it because it would be foolhardy to pursue war against Russia. 2 M Ukrainians work in Russia because their economy has been left decrepit by warmongers. Amerikkka must be kept out of the matter and NATO expansion must stop, Russia only made a commitment to protect Donetsk and Luhansk