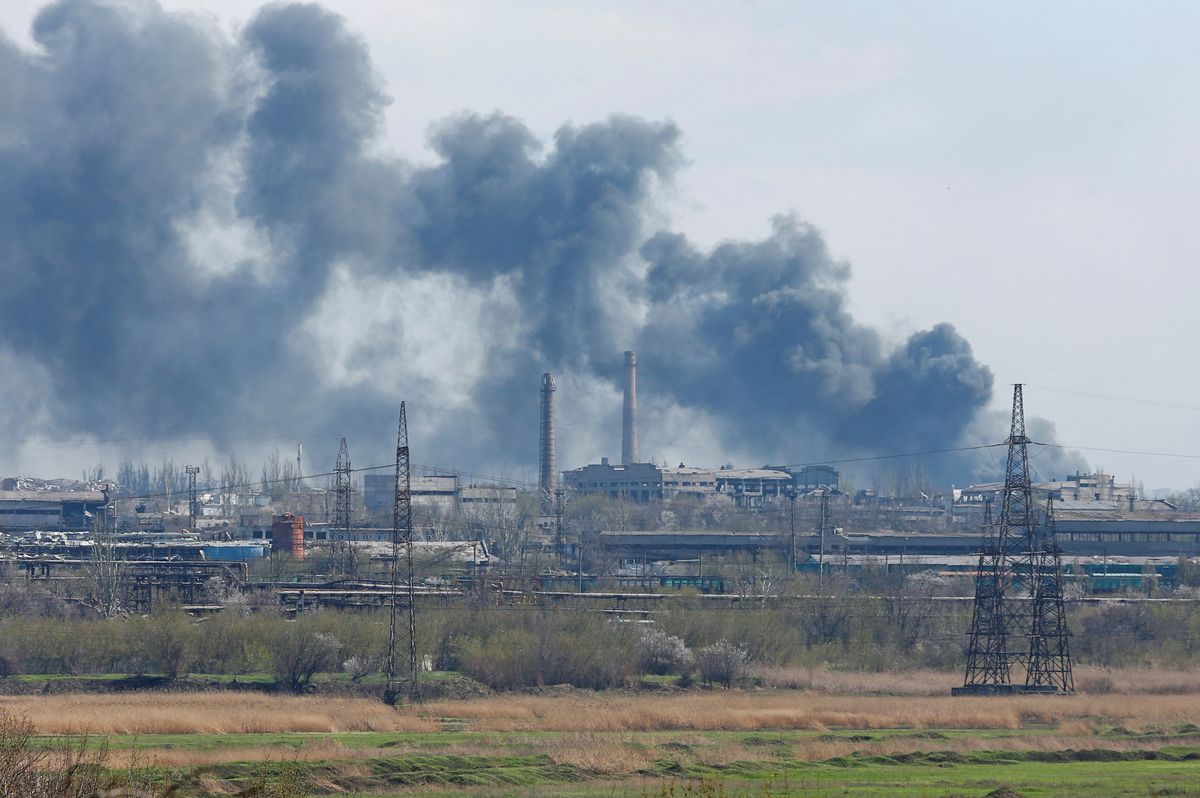 Following the latest deadline for the surrender of Mariupol, the Ukrainian forces barricaded at the Azovstal steel plant are yet to lay down arms. The defenders, voiced by the senior commander on Facebook at the steelwork on April 20s, Serhiy Volyna, commander of the 36th Separate Marine Brigade, called to the Western nations for an “extraction”; he also said “We appeal and plea to the world leaders to help us”. The request seems to have been rendered obsolete only one day after.

Russian President Vladimir Putin has ordered the cessation of attacks on the Azovstal steel plant on live television. In the meeting transcribed in the Kremlin official media between the Minister of Defence, Sergei Shoigu, and the Russian President, Shoigu assured Putin that the city of Mariupol was under Russian control for practical effects saying that this "allows us to begin efforts to restore order, enable people to return to their homes and bring peaceful life back to the city" while remarking on the remaining defenders’ hideout as having "reliably sealed its perimeter" to which the Russian President replied with an order to cancel further efforts into the industrial plant and to invite them to surrender their arms.

As it is presented by the Russian official media, the fight in Mariupol is over, and statements — which are corroborated with independent journalistic reports and photographs, published by Reuters— of presumably untroubled civilian evacuations seem to validate the cessation of hostile operations. Moscow’s message seems clear: the city is under the Russian army’s control and civilians are being evacuated peacefully, adding that, the remaining Ukrainian forces are a minor threat and possibly deserving of humanitarian consideration. This would leave us, on the face of it, with the potentially dangerous conclusion that leads us to accept that victors write history.

The Ukrainian President Volodymyr Zelenskyy in a recent meeting in Kyiv, as reproduced in the President of Ukraine’s official media, on 20 April, has expressed regret at the events at Mariupol over the absence of a bilateral decision to evacuate civilians. He insisted, "The situation in Mariupol is deteriorating. Unfortunately, so far, we cannot achieve a positive result there". He further added, "There are about a thousand civilians behind our guys in Mariupol, including children and women".

Conversely to the Russian officials’s sobriety, the statements of Zelinskyy’s office, such as the one mentioned above, insist on a hard no-surrender policy and assert that the fate of those evacuated by the Russian military as "deported civilians under false pretences" (the wording of the report, above cited, seems to indicate this), and "went to the occupied parts of our state, as well as to the Russian Federation. And we do not know the fate of these thousands of peaceful people”.

As the tensions in the ravaged city begin to dwindle, the stance of the Ukrainian government continues to be the same as it has been since the beginning of the conflict. Ukraine’s most senior security official Oleksiy Danilov said on 25 March, as reported by Reuters, "Mariupol is holding on, and no one is going to surrender Mariupol". Words like these are still held as a mantra today by the military and the government, even in the case of Mariupol.