Ukrainian Crisis in a Historical Light 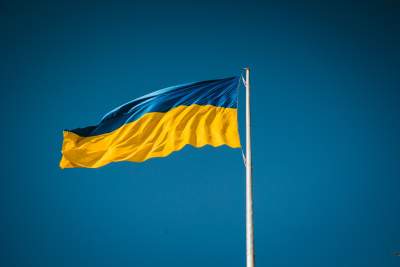 Ukraine and Russia have had over a thousand years of tumultuous history. The former is home to around 7.5 million ethnic Russians, an important transit route to the rest of Europe and Russia’s biggest natural gas market.

Russia thus sees the country as its ‘little brother’. Kremlin adviser Sergei Markov himself stated, “Everybody knows that Ukrainians are Russians”. Given these circumstances and in the light of the present Ukrainian crisis, a peek into the history of these two countries aids a clearer understanding of the present crisis.

A sneak peek into the Russia-Ukrainian History

Both the countries trace their origins to the first East Slavic state, Kievan Rus, that stretched from the Baltic to the Black Sea between the 9th and mid-13th centuries. This medieval empire was founded by the Vikings with its capital at Kiev.

Later under the Mongolian invasion, Kiev was destroyed in the 13th century and power was shifted north to Moscow, a small Rus trading outpost.

Since the fall of Kiev, the territory was carved by competing powers until the end of the 18th century.  Imperial Russia captured most of Ukraine except for Galicia by the end of this century. This dominion was referred to by the Czars as “little Russia”. The Czars tried to curb every surge of Ukrainian nationalism in the 1840s. They even banned the use of the Ukrainian language in schools.

Ukraine enjoyed short-lived independence in 1917, following the fall of the Russian and Austro-Hungarian empires post World War I. Shortly later, the country was fought over and incorporated into the Soviet Union in 1922. By this time the country had and still was suffering immense economic downfall and a starving population.

The country further suffered immensely under Joseph Stalin. Stalin later imported millions of Russians in order to repopulate the coal and iron ore rich East, creating a divide between the East and West of the country. According to former US Ambassador to Ukraine, Steven Pifer, “the sense of Ukrainian nationalism is not as deep in the east as it is in the west.”

Real liberation for Ukraine came in the year 1991. It was when more than 90% of Ukrainians voted in favour of independence from the crumbling Soviet Union.

However, Russian interference in the country was far from over. For instance, Russia had backed the pro-Russian Ukrainian Presidential Candidate Victor Yanukovych in 2004.

Another important part of this history is Crimea. A region with a massive Russian population, Crimea, was gifted to Ukraine in 1954 by then Premier Nikita Khrushchev. This event had remained a matter of concern for Russia till 2014, before the Russian annexation of Crimea.

The Crimean conflict, according to many analysts, marked a “clear shift in the global security environment” from a unipolar period of US domination to a period defined by renewed competition between the great powers.

The present conflict in this historical light

Such deep cultural, economic, and political bonds between the two countries explain the Kremlin’s disapproval of Ukraine aligning with Western institutions, mainly the European institutions and NATO.

Ukraine’s decision to sever ties with the erstwhile USSR in 1991 according to experts was a “major blow to Russia’s international prestige”.

Experts opine that the Russian aggression in Ukraine has triggered the “greatest security crisis in Europe since the Cold War”. The Russian military build-up near the Ukrainian border has thus caused considerable apprehension throughout the world.

Experts are however divided on Russian motivations behind the aggression.

One strand of opinion emphasizes the post-Cold War enlargement of NATO, especially with regard to NATO’s intent to bring Georgia and Ukraine into its fold sometime in the future, as declared in 2008. This was followed by Putin’s warning that such steps of integrating Ukraine in the Western alliance “would be a hostile act toward Russia”. The present Russian demand that NATO does not spread eastward, can be seen in this same light.

Another strand highlights that it is Putin’s fear of losing power, especially after the 2011 anti-government protest in Russia. Since Russian intervention in Ukraine made Putin “immensely popular at home”, many analysts see the present military build-up in the light of the fast-approaching Russian presidential elections.

Some other scholars highlight that Russia wishes to keep Ukraine within its “sphere of influence”. This can be said to drive the Kremlin’s obstruction of Ukraine’s integration with Euro-Atlantic structures.

Whatever be the reason behind the build-up, scholars are of the opinion that since 2022, the stand-off has been defined on Russian terms, its end too depends on Russia. It is further highlighted that a de-escalation, which leaders across the world are in favour of, is possible only when and if the Kremlin is convinced that it has come to an “acceptable outcome”. This means that Russia first needs to credibly declare a form of victory it desires. The situation on the ground still remains volatile, and a matter of international concern.