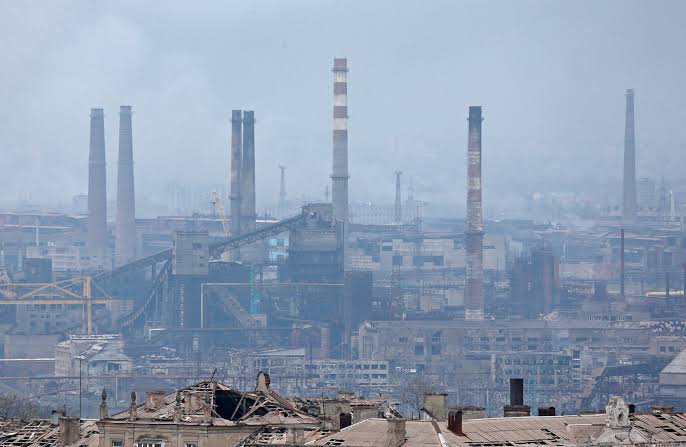 Russia declared victory over the strategic port of Mariupol as Ukrainian troops surrendered. A month-long operation reduced the port city into smoking ruins, and over 20,000 civilians feared death. It is a battle for Mariupol's Avostal steel plant; now, it is taking steps toward controlling the Donabad region of Ukrainian and halts gas exports to Finland in an increase of an energy payment dispute with Western nations. The Russian defense minister says the plant's underground structure is now fully liberated and under complete control of the Russian armed forces.

According to Russia's state news agency, RIA Novosti quoted the ministry as saying 2,439 Ukrainian fighters who had been holed up at the steelworks had surrendered since Monday, including over 500 on Friday. However, Ukrainian is yet to confirm these reports.

As Ukrainian troops surrendered, they were taken prisoner by the Russian, some were taken to a former penal colony, and some were hospitalized.

Why Mariupol is important to Russia

The city of Mariupol is a target for Russian forces. Mariupol is considered a major strategic city. It is widely thought that capturing the steelworks would enable Russia to establish a land corridor from the Crimean Peninsula in the south, which Moscow annexed in 2014. By capturing Mariupol, Russia would be controlling 80% of the Black Sea coastline, which is vital for Ukrainian and international trade.

Besides this, Mariupol gives Russia a maritime advantage. Mariupol is a key port city on the Black Sea and a metallurgical center for iron and steelworkers. As Mariupol is a major Ukrainian port on the Black Sea, Russia's control over Mariupol will make Ukrainian unable to carry vital international trade from the dock. It also benefits Russia to secure its economic gateway to major markets in southern Europe.

Mariupol endured some of the worst of the war and became a worldwide sym- bol of defiance. Thousands of people in Ukraine were killed. Many are trapped without heat or electricity, food, and water.