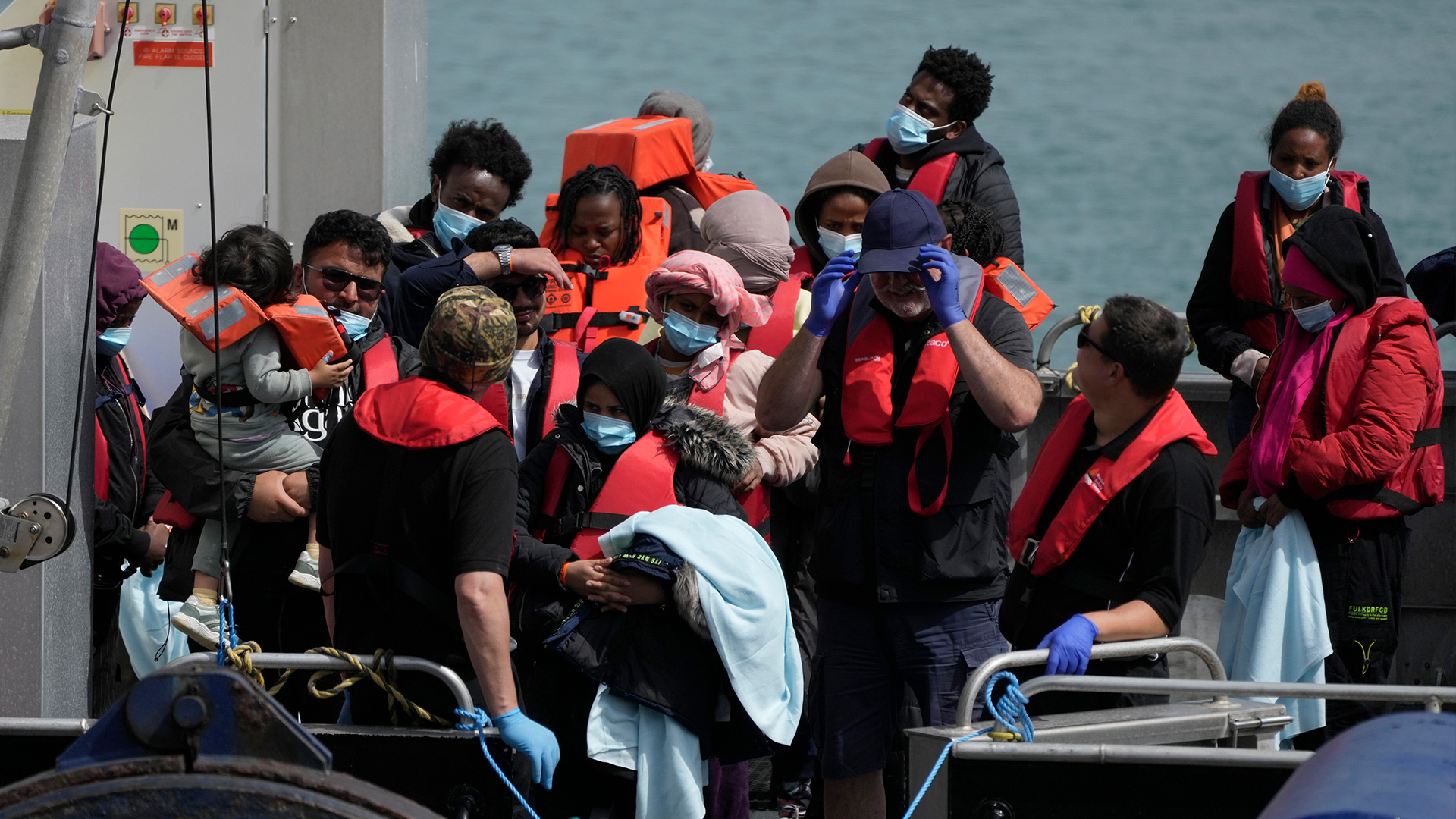 Britain’s potential to lead in the changing world has been under strict scrutiny from the time government announced Rwanda's asylum policy. Since its inception, the plans outlined by the UK government to treat migrants have been called cruel, unethical, and inhumane. Recently, it got a badge of dishonor after the first scheduled flight to deport people seeking asylum in the U.K. to Rwanda was canceled on June 14 at the last minute. The European Court of Human Rights issued last-minute injunctions to stop the move as the plane was about to take off from Wiltshire. Primarily, it was anticipated that 130 people would be boarding the plane but only seven of them were still scheduled to fly out to Kigali.

It is not just the journey of the Rwanda policy which is filled with twists and turns but also the flight which stood ready on a Ministry of Defence runway at Boscombe Down in Amesbury, Wiltshire. It was scheduled to take off at 9:30 pm before being delayed to 10:30 pm and then finally being canceled. In its’ last-minute interventions, the European court ruled that one man scheduled to be on the flight would face "a real risk of irreversible harm" if sent to the African nation.

In April this year, the U.K. government announced a plan of action to deport asylum seekers who enter the country using "irregular" routes, such as on small boats or on the backs of trucks, to Rwanda. The government claimed it wanted the plan to serve as a deterrent to people smugglers who bring others into the country, but the announcement drew outrage from human rights groups that argued the policy is cruel and undermined the global refugee system. People smugglers are different from human traffickers - although both involve organized crime groups. Smugglers only facilitate people traveling illegally between countries. Mostly, the target of these smugglers are the people fleeing oppression, conflict, or deprivation in their home countries and are seeking a better life in any European country. But on other hand, traffickers move people across the world by force and involve them in slave labor, exploitation, or abuse.

Does the price line the government’s pocket?

A government source confirmed to Guardian the canceled flight to Rwanda, which cost an estimated £500,000, ($613,200) had already been paid for from the public purse. Moreover, £120 million ($147,168,000) as a down payment has also been paid by the UK government on the deal. Earlier the government has also rejected the request to disclose how much it has paid in legal costs and has not revealed how much it expects to pay for future flights, accommodation, and living costs for those sent to Rwanda.

Reactions pour in from across the nation.

As the debate around the policy gained momentum after ECHR’s intervention, the response, and reactions to it have also multiplied. On one end, the Home Secretary Priti Patel branded the decision by the ECHR as "politically motivated". She not only called the decision "absolutely scandalous," but added: "You’ve got to look at the motivation. How and why did they make that decision? Was it politically motivated? I’m of the view that it is, absolutely." While talking to telegraph she also said, "The opaque way this court has operated is absolutely scandalous. That needs to be questioned". "They've not used this ruling previously, which does make you question the motivation and the lack of transparency." While UK Prime Minster Boris Johnson told broadcasters, "We're very confident in the lawfulness of what we're doing and we're going to pursue the policy".

Here is the home secretary’s statement - 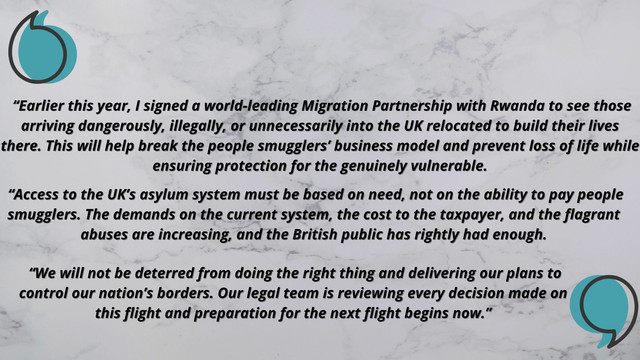 Yvette Cooper, the shadow home secretary, said the government must take responsibility for the failed flight and hinted that the government does not mind clashing with lawyers and the European courts. She added that they have lost all British decency & common sense.

Initially, the British government got permission to start flying asylum-seekers to Rwanda but fewer are aware of the series of disappointments that followed migrants. In the days leading up to the flight, several of the asylum applicants asked for interim relief at the High Court in London and were denied before also being denied at the Court of Appeal and the UK Supreme Court refused to intervene. It was only the ECHR’s intervention that brought temporary relief. James Wilson, deputy director of human rights organization Detention Action, while giving his reaction said, 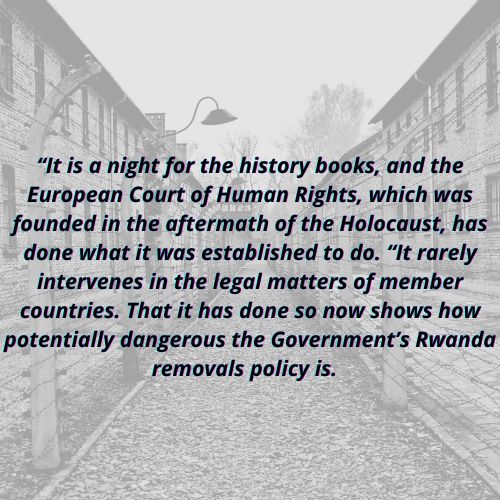 He further added, “The ECHR has recognized that no one should be forced on a plane until our substantial legal challenge against this policy is heard by the High Court next month.”

What is the current state now?

Recently, the High Court has been told that the UK will “imminently” ask the European Court of Human Rights to reconsider a measure that blocked some asylum seekers from being removed on the first planned Rwanda deportation flight.