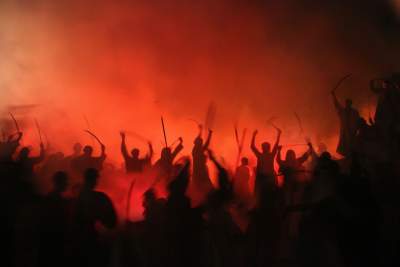 Within a decade of the Russian invasion of the Crimean Peninsula of Ukraine, the region has again become a hotbed of geostrategic politics.

Russian President Vladimir Putin’s view that Ukraine and Russia are “part of a single whole” came at a time when Russia has been amassing its troops near the Ukrainian border. This led to the West warning of a possibility of a Russian invasion of the country.

This article aims to throw light on the nearly decade-long crisis and its present trajectory.

Ukraine Crisis in the Past

Back in 2013, the Ukrainian Moscow-friendly leader Viktor Yanukovych withdrew from an agreement having the potential to bring Ukraine closer to the EU, post Putin proposed a customs union with Russia, Belarus, and Kazakhstan.

Following this, the Ukrainian government and Russian-backed Ukrainian separatist groups broke out. The pro-Russian Ukrainian separatists seized major government buildings in Crimea and declared independence from the central government. The annexation of Crimea was later formally carried out by Russia in March 2014. The UN declared this move to be illegal. The Kremlin however backed this move by claiming it was acting on a Crimea referendum in favour of rejoining Russia. Western powers however highlighted it to be “illegal and illegitimate”

A ceasefire was attempted by the Minsk Agreement in 2014 and 2015. However, the conflict far from ceased but rather transformed into a “trench war”.

In 2019, while there was a “high chance of ending the war” with the swapping of prisoners going on between the countries, clashes still continued.

In 2021, Russia was seen ramping up forces near Ukraine due to “threats from NATO” expansion. However, this was classified as “unjustified, unexplained and deeply concerning” by the ire of NATO chief Jens Stoltenberg.

Russia justified the same on grounds that NATO was bolstering forces near Russia, which was “threatening” it.

Forces were removed temporarily but officials pointed out that since November, Russia has again been moving troops to the borders.

The Crisis at Present

Russian diplomat Sergey Lavrov was quoted saying that “necessary countermeasures” will be taken if the West continued on its “aggressive course”. This was in the light of NATO becoming closely integrated with Ukraine. Russia considers this as a major threat to her national security and demands NATO not to spread eastward.

US officials, on the other hand, throw light on Russia amassing more than 100,000 troops near the Ukrainian border, strengthening Ukrainian separatists, and moving troops to the neighbouring country of Belarus as shreds of evidence that Russia is planning on invading Ukraine.

Head of general staff of Russian Armed Forces, Valery Gerasimov was quoted saying that such reports of Russia planning to invade were a “lie”.

The USA of late took the matter up for discussion in the UN, leading Russia to term it as an “unacceptable interference in internal matters”.

The US has however denied the same saying that troops are being assembled “close to their (Russia’s) neighbour’s border” and the neighbour already has Russia “occupying parts of her territory”.

Further, while the US seeks for “decisive, swift and united” action in case Russia further invades Ukraine, Russia has claimed the entire situation as a “sham tension”.

Ukrainian President Volodymyr Zelensky while terming Russian threats as “dangerous but ambiguous” has underlined the need to not panic.

However, White House National Security Council spokesperson Emily Horne has informed that recently Joe Biden himself has informed Zelensky in a phone call that there was “a distinct possibility” of Russians invading Ukraine in February itself.

The Kremlin spokesperson contrarily commented that such a US response leaves “little ground for optimism” but still highlights “prospects for continuing dialogue” in the interest of Russia and the US.

The world too is divided at present. While many are stressing on Russia to take the route of deliberation, Belarus has claimed open support to Russia if it chooses to attack. Countries like Poland on the other hand has pledged Ukraine with assistance with ammunition.

Experts highlight that Russia has a host of options if it chooses to attack. Moscow, however, still denies any such intention and points a finger at NATO’s support to Ukraine to constitute a growing threat to Russia.

Putin has further accused the West of not only ignoring the Kremlin’s “fundamental concerns” with regards to its national security but also of trying to provoke Moscow into war.

This statement was made just a day before the latest US decision of deploying additional troops in Eastern Europe as a response to the “current security climate”.

Experts are still divided between whether Russia plans to actually invade Ukraine or is just using military escalation to bring the West to the negotiating table. Fiona Hill, former US intelligence officer on Russia had mentioned Putin’s unhappiness over the 2008 NATO Summit’s welcoming of Ukraine and Georgia’s aspiration for membership.

Such Western interference in Ukraine does not sit well with Putin’s view of Ukraine being part of “essentially the same historical and spiritual space” as Russia.

While experts highlight that chances of NATO actually accepting Ukraine as a member is a matter of deliberation, Russia still sees this as a threat against her interests.

An International Crisis Group expert places the current Russian attitude under the light of Ukraine working more closely with the West and NATO and also the upcoming Russian presidential elections of 2024.

Experts point out that Putin could have his “future legacy” in mind and might also wish to return Russia to the ranks of a great power having its own sphere of influence.

While some highlight the possibility of full-scale invasion to be ‘unlikely’, chances of escalation in conflict is a high possibility to others.

Yet others like David Marples, an expert in the region hold that full-scale invasion “would bring no benefit whatsoever”.

The situation at present is still unfolding every day with every decision and announcement. But whether or not it will degenerate into a full-blown war is dependent on the outcome of the diplomatic deliberations that are still on.