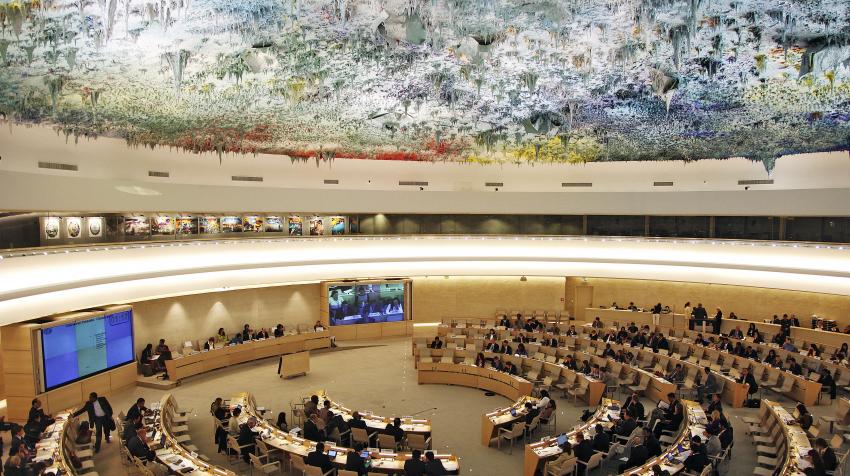 The UN Human Rights Council on Thursday by a majority of votes supported a resolution on the investigation of alleged human rights violations by Russia in Ukraine. 33 countries participating in the UN HRC voted in favour of the investigation, 12 abstained, China and Eritrea opposed, Russia’s absence followed its suspension from the Council by the UN General Assembly.

In the resolution, the Council reaffirmed its demand for an immediate cessation of hostilities against Ukraine and asked an Independent International Commission to investigate the events in the Kyiv, Chernihiv, Kharkiv, and Sumy regions at the end of February and March 2022, including their gender aspect, to bring to justice those responsible.

The discussion was attended by representatives of Georgia, Israel, Estonia, Slovakia, Belgium, and Iran, the Verkhovna Rada Commission on Human Rights, as well as some non-governmental organizations, including the World Organization Against Torture, Amnesty International, International Federation For Human Rights, Human Rights Watch and others.

During the discussion, the speakers touched upon the importance of ensuring accountability for all violations and abuses committed in Ukraine. The document notes that the war was fueled by a form of disinformation, in which someone else besides the Russian Federation was called the reason for the invasion, and "this should be rejected and fought against."

The resolution also notes concern about the blockade of Ukrainian ports on the Black Sea in the context of food and energy security. It calls for immediate negotiations and respect for international humanitarian law.

The UN HRC also notes that human rights defenders and journalists investigating crimes and human rights violations in Ukraine needed to ensure their safety along with other particularly vulnerable groups. "There are at least 10 reports of journalists being killed since the beginning of the war. Abductions and murders of journalists are war crimes and must be thoroughly investigated to bring the perpetrators to justice," the document says.

Even though the Permanent Representative of the Russian Federation to the UN Office, Gennady Gatilov, did not attend the meeting, he made a statement criticizing the special session. "Instead of discussing the true causes that led to the crisis in this country and looking for ways to resolve them, the collective West is organizing another political sabbath to demonize Russia", says Gatilov. Russia was excluded from the UN HRC after the adoption of a resolution on the suspension of its membership at the special session of the General Assembly on April 7, dedicated to the situation in Ukraine. The UN stated that Russia keeps a seat in the council, but has no right to vote and speak.