Urban Growth Around the World: Blessing or Curse? 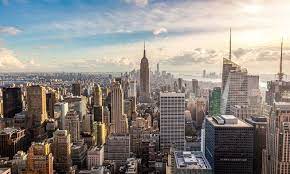 Global population growth has been on the rise for decades now, and it is not going to slow down anytime soon. Based on growth rates in the past few decades, Earth’s population will likely reach 9.5 billion people by 2050. Environmental consequences of this growth are already being felt around the world; what are the economic effects of this trend and what countries are supposedly going to increase the most?

Economically, population growth can be both beneficial and damaging to cities and countries around the world. With the rise in the number of people moving out of rural areas and into urban ones, city infrastructures will face the challenge of growing positively and constructively. The basic population needs like affordable housing, effective transportation systems, and stable job opportunities will be imperative to maintain as the number of city dwellers increases. Currently, towns and cities provide 80% of gross national product. If city and government officials do not effectively change and advance city infrastructures to meet the needs of more citizens, the economy could face serious repercussions.

Past and future growth rates in various countries put Africa and Asia at the top. According to the United Nations Population Fund, most of the expected urbanization “will unfold in Africa and Asia, bringing huge social, economic, and environmental transformations.” Specific country population statistics from the United Nations show China, India, and Nigeria to be responsible for “35% of the projected growth of the world’s population” from 2018 to 2050. These drastic increases in population could cause a change in the power and economic balance around the world. With surging urbanization rates in countries that have previously not supported the number of citizens, more challenges for the infrastructures, the economy, and population relevance plan to come. This new balance is sure to cause power struggles.

Megacities are becoming more common due to increased urbanization. There are currently 33 megacities, with the largest being New York City, Tokyo, and Lagos, and this number will continue to rise. The United Nations predicts that there will be 43 megacities by 2030 with more than 10 million inhabitants each. Iberdrola, an organization pioneering in both onshore and offshore wind energy, describes megacities as “a great challenge for humanity at a demographic, migratory, socio-economic, political, and environmental level.” As the number of megacities swells, so must the infrastructural changes made to support the building number of citizens.

Every aspect of life and society is affected by a change in population, whether that be an increase or decrease. Economic changes, rapid growth in urbanization, and overall world population is bound to present new and repeated challenges for city planners, officials, and citizens. We must all be ready to face these difficulties head-on as our species advances in size across the globe.