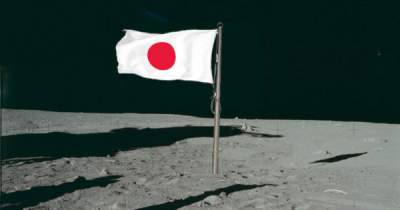 Following a meeting in Tokyo between U.S. President Joe Biden and Japanese Prime Minister Fumio Kishida, the two countries agreed to work together to put the first Japanese astronaut on the moon accompanied by an American astronaut. These longtime allies developed a partnership aimed at countering a growing China.

In a joint statement, both countries said they would collaborate on human and robotic missions to sign an implementation agreement sometime this year.

Additionally, the U.S. and Japan are committed to having a Japanese astronaut, "on the Gateway, a human outpost in the lunar vicinity, as part of expanding Artemis collaboration.” This joint lunar development is part of the Artemis project, a U.S. effort to return astronauts to the moon and send them to Mars.

During the press conference with Kishida, Biden said he was excited about the work on the Gateway station and the first Japanese astronaut under the Artemis program.

The U.S. and Japan are working more closely on space exploration after NASA officials warned of growing tensions between Washington and Beijing. This news comes as the race to start extracting possibly hundreds of billions of dollars worth of alternative resources on the moon and elsewhere.

The moon may hold large amounts of helium-3, an isotope substitute for uranium for its nonradioactive properties to fuel nuclear power plants. Experts believe three tablespoons of helium-3 could replace 5,000 tons of coal.

However, the geopolitics of space mirrors between the U.S. and its allies against China and Russia. The top superpowers have yet to agree on rules to govern the next generation of space activity.

The Artemis Accords are a non-legally binding set of principles for exploring the moon, Mars, and beyond that Japan, South Korea, and 17 other countries agreed to support.

China and Russia are promoting the International Lunar Research Station, which is open to all other countries in response to the accords.

The lack of cooperation between the U.S and China is considered dangerous for space exploration in an era where billionaires like Elon Musk and Jeff Bezos are increasingly launching their attempts to delve into commercial efforts.

Japanese e-commerce billionaire Yusaku Maezawa spent time on the International Space Station in 2021 to prepare to become the first private passenger in a planned trip around the moon on Musk’s SpaceX rocket in 2023.

Unbeknownst to many, Japan has one of the world’s most advanced space programs. In fact, in 2020, the Japan Aerospace Exploration Agency (JAXA) brought back material from an asteroid with the unmanned Hayabusa 2 probe.

Only a dozen Japanese nationals experienced space travel, while Japan’s space budget increased to ¥450 billion ($3.5 billion) compared to last year. Yet, no Japanese citizens have landed on the moon.

NASA recently conducted tests to launch Artemis I, a 100% robotic moon mission. China is swiftly moving to catch up to the U.S. in terms of capabilities, as China is the only other country to operate its space station and the second station to land a rover on Mars.

This is in part to the U.S. passing legislation in 2011 to prevent NASA from interacting with the China National Space Administration (CNSA) and blocking China from being able to take part in the International Space Station, which prompted Beijing to build its own station.