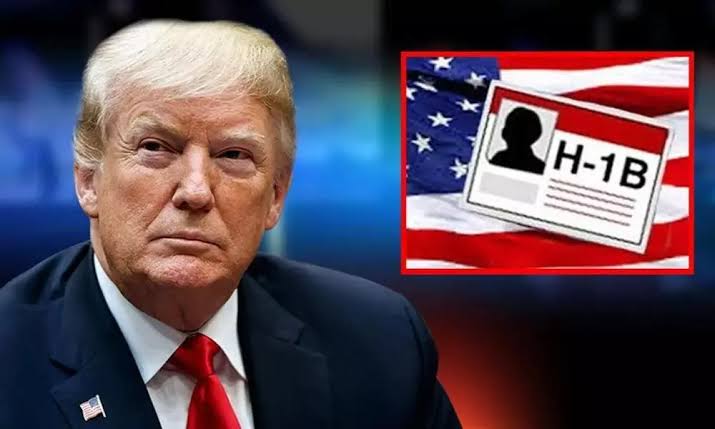 A US federal judge has abrogated a Trump era by making changes in the H1B visa which aimed to replace the selection of candidates through wage ladder instead of the traditional lottery system.

Judge Jeffrey S White of the US District Court for the Northern County of California took up the case with absolute authority by stating that “The cap selection process proposed by the Trump administration holds no ground and validity as the law contradicts with the core foundation of Citizenship and immigration procedure of the United States of America”.

The judge had released a memo on Wednesday which was later uploaded on the website of the US Chamber's litigation center and issued a motion for a judgment in the lawsuit challenging the law which is in the channel since October of last year.

The H1B visa is a non-immigration visa that is widely used by US companies to employ workers from foreign countries for demanding and special positions that require theoretical and technical forte. The big-time Silicon Valley companies and other low-key tech companies depend on the H1B contract to hire engineers in bulks. The visa crown is dominated by China followed by India.

The number of H1B visas issued each year is 65,000 with an additional pool of 20,000 for those with specialized degrees like masters or Ph.D. (preferably from the US). The visa applications are crunched through a hybrid lottery system with a first-come-first-serve model. However, the new proposed system wants to do away with the lottery system and 85,000 visa caps and grant visas only to those with higher-paying jobs. The figures had not been disclosed but speculations ran between something about $90,000 - $100,000 per year.

The United States Citizenship and Immigration Services (USCIS) in November 2020 stated that “The department of USCIS wants to give more priority to the wage-based selection procedure for H1B visas which is purely for the economic interest of the homeland. This would also benefit the visa holders as only the sharpest and brightest minds will be allowed to work and make a sound living in The United States".

The Trump administration since its very inception has been rough on the immigration policy of the USA as 45th POTUS wanted to limit the inflow of workers to the minimum. Trump during his first year of the presidency had put an end to IR1 and CR1 (spouse visa) visa holders' employability. The move was widely criticized by Democrats. However, the new visa cap allocation which was supposed to come into effect in March 2021 was frozen by the Biden administration.

Judge White also upheld that the Trump administration’s acting Homeland Security Secretary Chad Wold was not lawfully in a position to pass such a law because of the temporary nature of his position. In the concluding statement, Jude White added that “Mr. Wolf was not lawfully appointed as Acting Secretary at the time the Final Rule was approved, the Court concludes the rule must be set aside.”