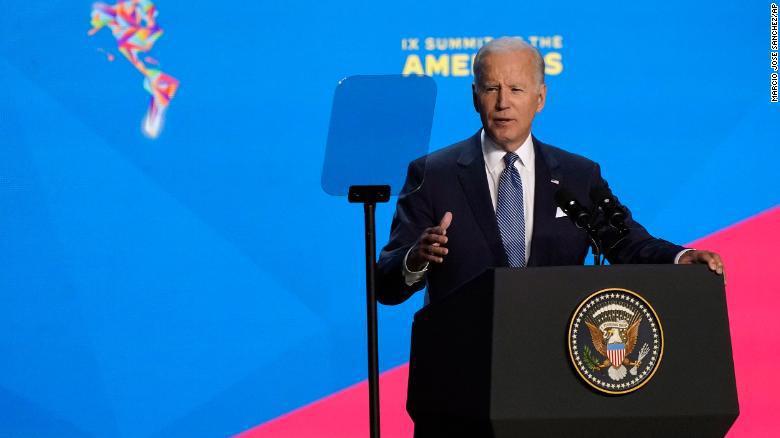 Los Angeles- The Summit of the Americas is an event bringing together countries from the western hemisphere to enhance democracy in the region. Leaders from Chile to Canada gathered in Los Angeles to decide the future of the region and to discuss issues such as migration, climate change, and recovering from the pandemic. But many central and Latin American countries, such as Mexico, criticized and rejected the event.

President Biden in his speech on Thursday guaranteed aggressive leadership to deal with the issues of economic despair and the excessive migration in Latin America. But he faced doubts from other members who said that the United States was not doing sufficient for the region.

The Summit assembled the leaders of the Western Hemisphere to show American strength in confronting corruption, poverty, health concerns, climate change, and migration. But many regional leaders boycotted the summit as Biden refused to invite leaders from Cuba, Venezuela, and Nicaragua because of their autocratic existence.

John Briceno, the prime minister of Belize, said on the stage of a summit plenary Thursday afternoon, “The future of the Western Hemisphere is a question for all the countries of this hemisphere. Irrespective of our size, our GDP, our system of governance — we all have a shared interest in a sustainable, resilient, and equitable future.”

He added it is “inexcusable that all countries of the Americas are not here and the power of the summit (is) diminished by their absence.” While he was giving his speech, US President Bident and vice president Kamala Harris watched from a distance. Briceño called the isolation of certain countries that were not invited “incomprehensible” and called on Biden to end its blockade on Cuba, calling it “un-American” and “an affront to humanity.” And he called Venezuela’s absence “unforgivable.”

Argentine President Alberto Fernández said during a speech that “I am sorry that all of us, who should have been here, are not present”. Later, he added that the rules of the future summit should be made in a way that no country in the region should be excluded. He also criticized measures taken against Cuba and Venezuela, such as the embargo.

“(Over) the next few days, we have an opportunity to find ways we can do better for all of our people by working together — and I emphasize together, together. That’s what our people expect of us. And it’s our duty to show them the power of democracies to deliver when democracies work together,” Biden said.

But in a short closing speech, Biden noted the disapproval in the room by other leaders, but said there were more agreements on “substantive things.”

“I think we’re off to a strong start,” Biden said, adding that he believed the countries had many things they agreed on, “notwithstanding some of the disagreements with regard to participation.”

Earlier Thursday, Biden told executives that he sees “no reason why” the region “does not develop into the most democratic hemisphere in the world” over the next decade.

“We have everything,” the President said in remarks at the CEO Summit of the Americas. “We have the people, we have the resources, and we have more democracies in this hemisphere than any other hemisphere. There’s a lot we can do.”

President Biden was criticized by some of his fellow leaders contradicting days of statements from the administration that the summit would be unaltered by the exclusion of three autocratic nations and the absences of the leaders of Mexico, Honduras, El Salvador, Guatemala, and Bolivia. The President of Mexico boycotted the summit over the exclusion of Cuba, Nicaragua, and Venezuela, all autocratic nations. The administration tried to downplay the significance of key leaders of the western hemisphere but the humiliation from key leaders appeared over the summit.