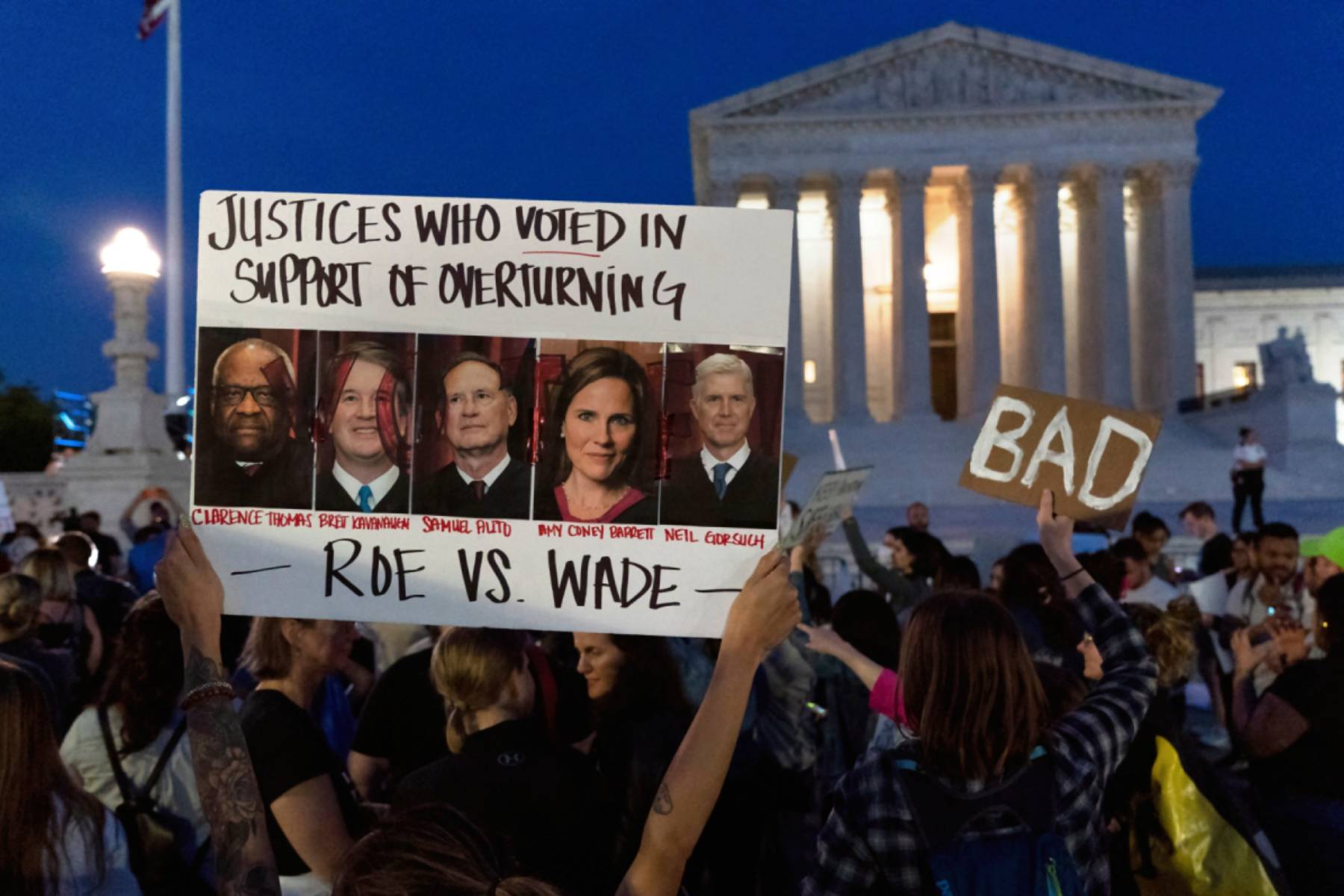 Since May 2, 2022, there has been widespread debate and concerns in the U.S. and globally surrounding the impacts of the potential repeal of Roe vs Wade on women’s rights and autonomy.

This followed a leaked document by Politico, a political journalism company based in Virginia, USA, which reported that the majority of the U.S. Supreme Court is in favour of overturning its prior verdict.

Roe vs Wade refers to a landmark decision made by the Supreme Court on January 22, 1973 stating that the U.S. Constitution is to protect all pregnant women’s freedom to choose to have an abortion or not, without unrestrained government restriction.

At its time of approval, the decision counteracted many pro-life federal and state abortion laws in the USA. Since its enactment, it has instigated an ongoing debate about the ideal extent of legality surrounding abortion, as well as the ethical, religious and political implications of allowing it more freely.

The title’s namesake originates from a legal case in Texas in 1969, where Norma McCorvey, a 25-year-old unmarried woman challenged the anti-abortion laws of the time, using the pseudonym ‘Jane Roe’. Henry Wade, the district attorney of Dallas County, was in opposition, defending the decrees.

At the time, abortion was deemed unconstitutional in all cases except when the mother’s life was considered to be in danger. However, Roe, who claimed she had fallen pregnant due to rape, argued alongside 20-year-old Sandra Bensing, that the laws in Texas and Georgia contradicted the U.S. Constitution as an infringement of women’s rights to privacy.

Ultimately, a seven to two vote allowed the court to rule that the government should no longer hold the right to prohibit abortion, and hence a woman’s right to end her pregnancy was protected.

Government regulation to an extent was to be allowed within her second trimester, though states were still legally permitted to ban abortion in the final trimester.

Further liberties on abortion have been introduced since; most notably the top court’s ruling in the Planned Parenthood vs Casey case of 1992. This furthered the judgement of Roe vs Wade, determining that states could additionally restrict abortions even within a woman’s first trimester, for reasons that may be non-medical.

Some restrictions among states are still maintained, such as that young pregnant women must involve their parents in the decision, or that there must be a waiting period between a woman’s initial visit to an abortion clinic and the actual procedure of termination.

Many pro-choice activists have criticised the current state of these restrictions, arguing that low-income and minority women, in particular, are still often disadvantaged in the pursuit of abortion, for example through being forced to travel far across state borders and pay more to obtain one.

As of May 2022, the U.S. Supreme Court is debating a case challenging a ban within the state of Mississippi on abortion after 15 weeks of pregnancy.

If the court votes in favour of the state, the current constitutional right of women to an abortion will be threatened, and revert the Roe vs Wade decision in that abortion rights will again be regulated by individual states.

Reactions to this potential ruling have varied between pro-lifers and those who advocate for the pro-choice movement.

Samuel Alito, Associate Justice of the Supreme Court, has stated his belief that “it is time to heed the constitution and return the issue of abortion to the people’s elected representatives”.

Bill Maher, an American comedian and host of the HBO talk show ‘Real Time’, disputed defenders of the decision, arguing that many are inaccurate in their claim that overturning Roe vs Wade would effectively cast abortion rights in the U.S. back 50 years.

In contrast, public protests in support of female reproductive rights and the pro-choice campaign have been taking place globally. On May 6, ABC News reported on a large group of approximately 100 people who rallied at Pomona College in Claremont, California to show their support.