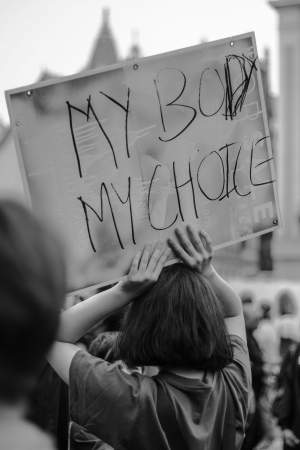 On Wednesday, Oklahoma Governor Kevin Stitt signed a bill banning nearly all kinds of abortion after “fertilization”, making it the most restrictive abortion law in the country and effectively ending the availability of the procedure. The bill was approved by a vote of 73 to 16 in the Oklahoma House after its supporters, who believe abortion is murder, spoke in its favor.

“I promised Oklahomans that as governor I would sign every piece of pro-life legistlations that came across my desk and I am proud to keep that promise today”, said Stitt, who’s serving his second term as Oklahoma’s governor. Stitt added, “from the moment life begins at conception is when we have a responsibility as human beings to do everything we can to protect that baby’s life and the life of the mother”.

Inspired by a law passed by the State of Texas early in September, this bill allows ordinary citizens to file lawsuits against people suspected of having abortions. The civil suit enforcement mechanism enables the law to minimize and avoid legal challenges that have previously prevented abortion bans from being implemented.

The bills are part of a  coordinated effort in Republican-led states to limit abortion rights. This has caused widespread concerns among abortion providers in the country as a result of the possibility that the US Supreme Court’s conservative majority will further restrict the practice, which has been the case already for Texas and now Oklahoma.

Elizabeth Nash, a state policy analyst for the abortion-rights Guttmacher Institute said that “the impact [of such actions] will be disastrous for Oklahomans”. “It will also have severe ripple effects, especially for Texas patients who had been traveling to Oklahoma in large numbers after the Texas six-week abortion ban went into effect in September”.

The only exceptions under Oklahoma law are to save the life of a pregnant woman or if the pregnancy is the result of reported rape or incest. The bill expressly authorizes doctors to remove a "dead unborn child caused by spontaneous abortion, also known as miscarriage, or to remove an ectopic pregnancy, a potentially life-threatening emergency that occurs when a fertilized egg implants outside the uterus, most commonly in a fallopian tube and early in pregnancy” (Politico). The law also prohibits the use of morning-after pills or any other form of contraception.

The current anti-abortion bans are the result of Supreme Court actions to overturn the Roe v. Wade decision, which has guaranteed abortion rights nationwide since 1973. These rulings were supported by a leaked draft opinion, obtained by Politico, which was signed by conservative Justice Samuel Alito and stamped with a message indicating its distribution to other judges as of February 10. The draft opinion specifically indicated how Supreme Court members have been considering weakening or overturning the landmark legalization of abortion nearly 50 years later.

The opinion discusses Roe as “egregiously wrong” and says that both Roe v. Wade and Planned Parenthood v. Casey (a 1992 case that altered Roe but upheld abortion rights) “must be overruled”. It states:

“The constitution makes no reference to abortion and no such right is implicitly protected by any constitutional provision, including the one on which the defenders of Roe and Casey not chiefly rely [...]. That provision has been held to guarantee some rights that are not mentioned in the Constitution, but any such right must be “deeply rooted in this Nation’s history and tradition” and “implicit in the concept of ordered liberty”. The right to abortion does not fall within this category” (p. 5). “It is time to heed the Constitution and return the issue of abortion to the people’s elected representatives.” (p.6).

In this way, it contends that the Constitution does not guarantee any right to abortion and that each independent and individual state has the authority to decide whether or not to permit the procedure.

Within the U.S., 22 states have abortion statutes on the books that have never been repealed, and if Roe v. Wade is overturned, those statutes will become effective again. Within the 22 states, 18 would either outright ban abortion or ban it with limited exceptions, “such as if the person seeking an abortion would die or suffer “irreversible impairment of a major bodily function” if their pregnancy is not terminated” (Vox).

Some of these states have long advocated for the institutionalization of fetal personhood rights, essentially elevating a fetus to the same level as a woman who becomes pregnant for a variety of adverse reasons. The majority of these states' strategy has been to criminalize doctors or people who facilitate abortion procedures, but this has now shifted to criminalizing pregnant women explicitly. These pro-life sentiments could spread to the point where citizens feel comfortable seeing those seeking abortions put on trial or jailed.

More than 46 found dead in truck in Texas

Protests rage across the U.S. as Roe v. Wade is overturned