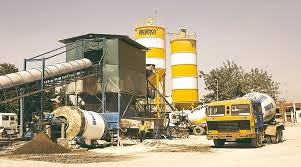 A document examined by Reuters reveals that UltraTech, the leading cement company in India, is importing Russian coal and paying for it with Chinese yuan. This is a momentous action that may have an impact on the dollar's dominant status.

According to installed capacity, UltraTech is the fifth-largest cement provider in the world as of 2021. As India's largest cement producer, the company controls the country's cement market.

SUEK, a Russian goal giant, has purchased Russian coal from UltraTech to fuel its plants. The transaction cost $25.8 million. Yuan was used as payment in the deal, which was carried out by UltraTech businessmen in an unprecedented business move that involved changing dollars into yuan via Chinese lenders.

The growing strength of the BRICS alliance is demonstrated by Russia's adoption of the yuan as a defense against the Western sanctions regime. BRICS is a trade alliance comprising Brazil, Russia, India, China, and South Africa.

The alliance was established in 2009 as a platform for developing markets. It has quickly grown into a significant economic force, partly due to China's development. The alliance has suggested substitutes for the World Bank and the SWIFT payment system.

India, which has not condemned the Russian invasion of Ukraine with the same zeal as the West but is an important member of the Quad, must walk an especially fine line. America, Australia, Japan, and India have formed an alliance known as the Quad. A security coalition known as the Quad was formed to thwart China's growth. However, given that NATO has specifically identified China as a "threat" to the alliance and given the developing partnership between Russia and China, India may find itself in a difficult spot.

The Indian government had taken into consideration a Russian proposal to purchase inexpensive oil through a wholly bilateral rouble-rupee arrangement after Russia disconnected from the SWIFT network. The first transaction to use the Chinese banking system as a third-party currency is the one between UltraTech and SUEK.

The agreement with UltraTech was made possible through SUEK's office in Dubai. Due to the expulsion of Russian businesses from Geneva, Dubai has become the main financial center for Russia. Bloomberg employees even went so far as to compare Dubai to a "new Switzerland for traders of Russian goods."

The yuan has been favored over other currencies by Russian commodities dealers and businessmen, many of whom have noted that it is simpler to convert to the rouble.

The rupee to yuan to rouble transactions will increase as countries seeking to do business with Russia find ways to shield themselves from secondary sanctions.