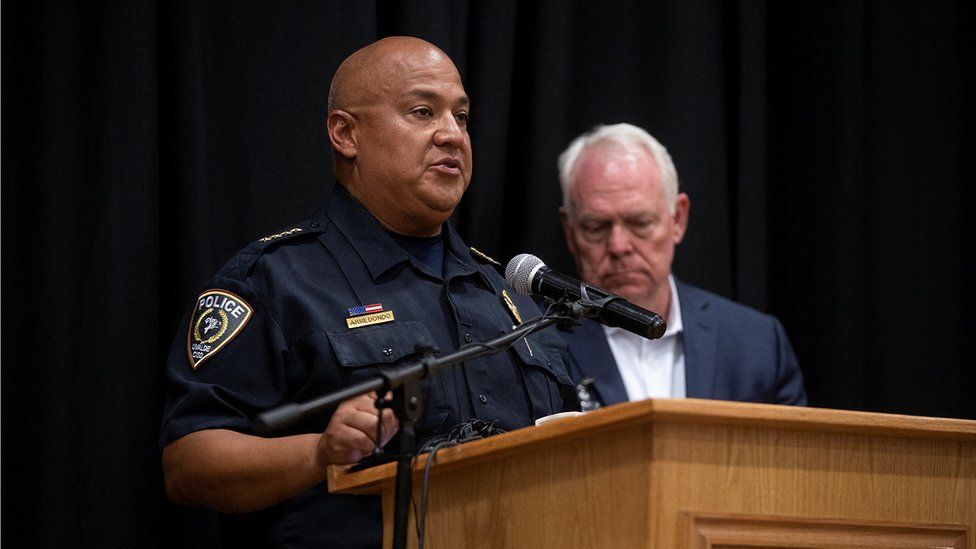 Uvalde school’s police chief, Pete Arredondo, was fired on August 24th after investigations into his failures of law enforcement during the school shooting at the Robb elementary school.

The Uvalde school shooting occurred on May 24th in Texas, where 18-year-old Salvador Ramos shot and killed nineteen students and two teachers, wounding seventeen others. The shooting is the third deadliest after the Virginia Tech shooting in 2007 and Sandy Hook in 2009, also fatal in Texas.

Police officers cordoned off the school grounds and waited outside for 74 minutes before entering inside. This resulted in violent conflict between police and civilians, including parents who wanted to go in to save their children.

After the incident, Local and state officials provided an inaccurate timeline and account of the events. The Texas Department of Public Safety acknowledged the error of law enforcement. They attributed this to the inadequate assessment by the school district police chief of the situation as one with “barricaded subject” instead of “active shooter.” They were condemned for not engaging earlier with Ramos in student-filled classrooms.

After a 90-minute closed-door termination hearing, the Uvalde Consolidated Independent School District’s board voted unanimously for the termination of Arredondo’s contract effective immediately. The court also found there to be good cause for him not to receive pay for his unpaid administrative leave since July 19th.

The original time of the hearing, scheduled to be in July, was cancelled at the request of Arredondo's attorney, who explained to the district that Arredondo was entitled to due process.

Arredondo was absent from Wednesday's meeting as he explained there were concerns over his safety. Arredondo's attorney released a 17-page statement in response to the termination hearing stating:

“Chief Arredondo will not participate in his own illegal and unconstitutional public lynching and respectfully requests the Board immediately reinstate him, with all back pay and benefits and close the complaint as unfounded."

There have been demands for Arredondo's termination since late May from the families of the 21 victims of the mass shooting.

An NPR article stated that Brett Cross, the uncle and guardian of Uziyah Garcia, one of the 19 children killed in the shooting, gave the school board a deadline in July. "I'll tell you this. If he's not fired by noon tomorrow, then I want your resignation and every single one of you board members because y'all do not give a damn about our children or us," Cross explained. "Stand with us or against us, because we ain't going nowhere."