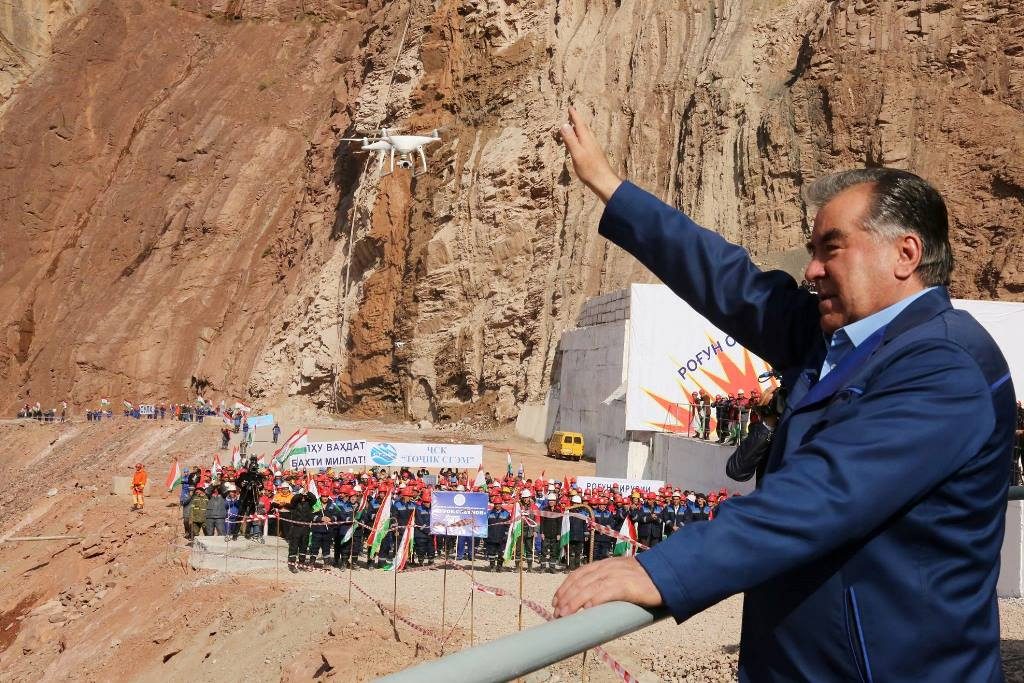 On June 2nd, the President of Uzbekistan, Shavkat Mirziyoyev, and the President of Tajikistan, Emomali Rahmon, announced that, by the end of this year, they will sign a contract for the provision of water. The Tajik president visited the Uzbek capital, Tashkent, to sign a memorandum of understanding with his Uzbek counterpart. According to the agreement, Uzbekistan will buy Tajik electricity from the Roghun plant and deliver it in the summer. While the details of the contract, yet to be signed, have not been revealed, it will nevertheless be supposed to have a duration of ten years.

This decision is extremely relevant to the stability of the region. This geographical area, in particular, the Ferghana valley shared by Uzbekistan, Kyrgyzstan, and Tajikistan, has always been a volatile region for two essential problems. Firstly, after the collapse of the Soviet Union, the three countries that before that moment did not have state borders started to draw them. Secondly, the valley boasts a high number of exclaves from each of the three countries scattered throughout the regions. This was no problem in Soviet times as the members of these minorities could easily move around the area. The presence of the newly drawn state borders, though, created a situation of social and economic uncertainty for almost all these communities.

The Roghun plant, a project proposed in 1959 and initiated in 1976, was never completed. After independence in 1991, Tajikistan, the poorest of the five Central Asian countries, lacked the necessary funds to continue the project. Nevertheless, after awarding it to the Italian firm Salini Impregilo in 2016, work on the dam restarted. On November 16, 2018, the dam's first operational unit was inaugurated.

The project has been fiercely opposed by the former Uzbek president, Islam Karimov. The main reason was that the facility would give Tajikistan the upper hand in water management, making the country a strong hydro-hegemony power along with Kyrgyzstan. Both are upstream countries, receiving the waters of the two main rivers running through Central Asia. The first one, the Syr Darya, starts in the Tian Shan Mountains in eastern and western Uzbekistan and Kyrgyzstan. It stretches for 2,256 kilometres, running through Uzbekistan and southern Kazakhstan to the northern Aral Sea. The second one, the Amu Darya, originates from the Pamir mountains and runs across Central Asia and Afghanistan for 2,620 km. The water flowing abundantly during the summer is then diverted to Uzbekistan, Turkmenistan, and Kazakhstan, which are downstream countries.

For Uzbekistan, a country heavily reliant on the cotton industry, the construction of the Roghun plant would be an added problem given the already fragile relations with its neighbour and water scarcity. Tashkent feared that water could become even scarcer with negative impacts on the Uzbek agricultural industry, which would lead, therefore, to hunger, widespread exodus, and social upheavals. For Tajikistan, though, the dam would solve the longstanding electricity shortage problem. The plan would produce enough electricity for the country with a strong margin for export to neighbouring Pakistan and Afghanistan. The dam would operate on the Vakhsh, one of the Amu Darya’s major tributaries.

The recent Uzbek opening can, therefore, be considered a historic turning point that will have a positive repercussion on many sectors. Before this recent event, the Uzbek Foreign Minister, Abdulaziz Komilov, said openly during a tv appearance that the country was no longer against it. Uzbekistan would not stop Tajikistan, but it did demand that international conventions governing the resolution of contentious issues in the event of harm be followed.

Despite its active involvement in the region, the World Bank did not fund the Roghun dam. Nevertheless, the organization financed an assessment study for this project in 2014. This concluded that the Roghun plant has great potential to help Tajikistan develop more inclusive and sustainable growth. A more stable regional energy market spanning from Central to South and East Asia could also be developed. This would, in turn, promote collaboration with Tajikistan’s neighbours on important issues like water resource management.

The project was developed within the frame of Tajik national consolidation after the destructive civil war the country went through in the 1990s, which took a high human toll. The dam will benefit the country through new jobs, factories, and economic development. With two of its six planned turbines currently operating, the hope is that this dam, planned to be the highest in the world, will bring peace and stability to the region.