Venice For a Fee: Will It Be Enough? 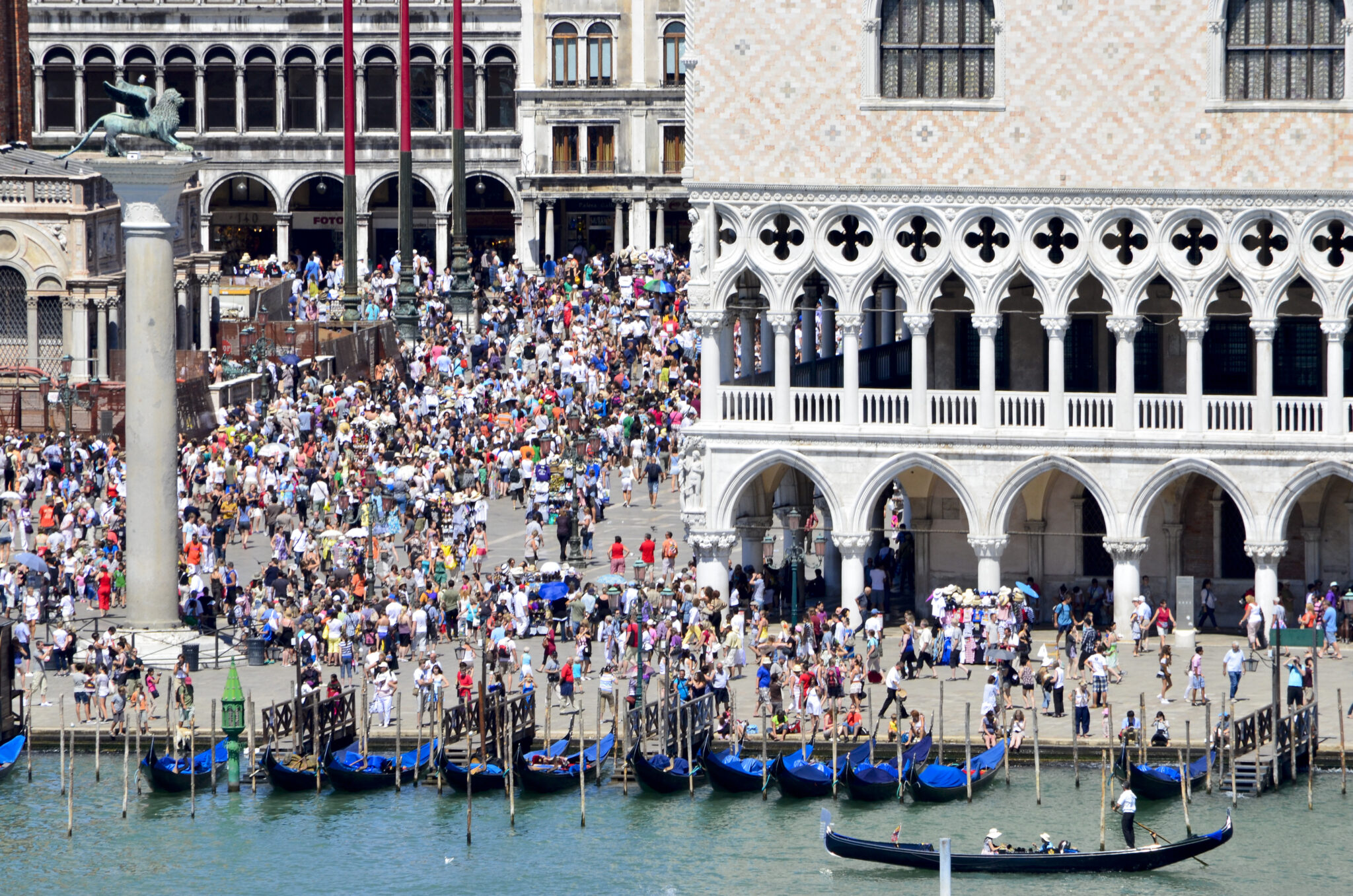 Venice, one of the most popular cities to visit with 23 million tourists annually is getting ready to implement new regulations for over-tourism. Because of the huge risks posed by increased wave motion, continuous waste disposal, and homes transforming into holiday accommodations daily, the Municipality decided to start an experimental phase of control through reservations this summer.

The experimental phase of the access fee, which will cost from 3 to 10 euros, will start in July, and it will become mandatory in January 2023. The money will be used to pay for waste disposal, repair damage caused by the wave motion, and solve mobility problems.

This period before it becomes mandatory will be the time to understand if charging an entrance fee to the lagoon is effective for calming the rush of tourists at the entrances to Venice, as well as to find the appropriate places for the turnstiles without interrupting the view of the monuments and organize the app for the QR codes.

One of the main challenges of this new organization for the lagoon concerns the workers, students, and various national and international offices. Venice is home to university faculties with students from all over the world, regional headquarters, public offices such as the Biennale, many international bodies, consulates, and foundations like the Guggenheim Museum.

The new regulations need to find a way to organize the passage of various commuters with the flow of tourists without interrupting the many cultural events happening all year in the city.

The new tax called access contribution will allow tourists to visit Piazza San Marco and go up to the Rialto bridge. The tax was already in the 2019 budget of the Municipality, but it was postponed due to the pandemic. With the return of mass tourism and its consequences on the lagoon, the official start date of the access ticket is set by the City Council on January 16, 2023.

According to the regulation, the contribution will be paid by the transport company, whether a bus, plane, train, or a ship, or individually upon arrival at the terminal, land, or water. Three different rates of 3, 8, and 10 euros will be implemented depending on the color code of the day about the crowds; green, red, or black.

While there are only 55,000 permanent residents in Venice, on average, 15,132 tourists visit the city in one day. The effects of mass tourism, such as the damage caused by the traffic of motor boats, huge amounts of waste, and pollution due to the number of visitors, combined with the impact of climate change, call for urgent change.

The question is whether counting people and asking for an access fee is enough for the sinking city. The citizens believe it will not be sufficient.