Vipul Bhatt is imparting a life changing pursuit to many 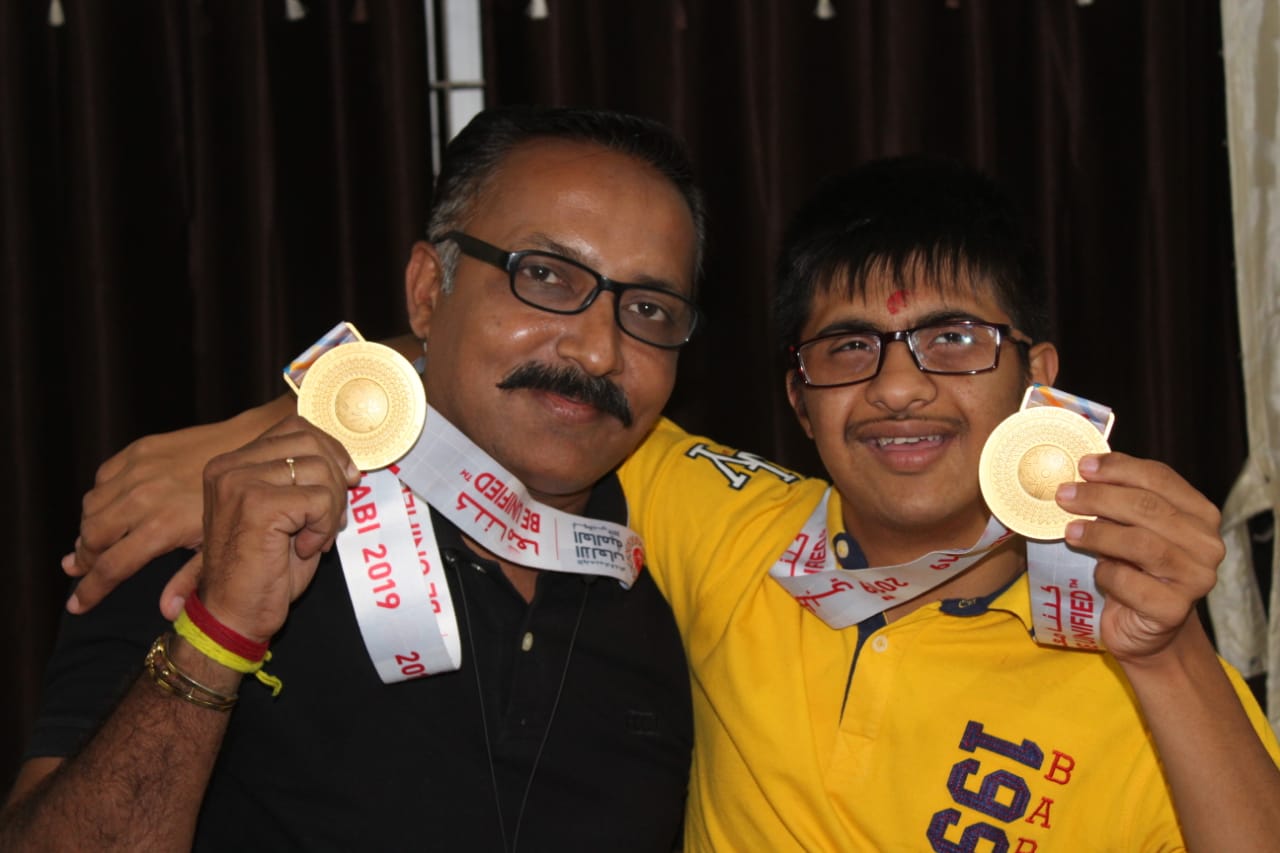 There’s a strong personality behind every successor. A guide, a coach, a teacher, an advisor, whatever you name them. “When someone sees a building, they wonder what’s the view from the top or what is it like inside but very few think about the architect who made this up/visualized it in the first place”, says Vipul Bhatt- an astounding swim coach from the city of Rajkot, Gujarat.

Vipul Bhatt has been relentlessly teaching swimming to children with disabilities like autism, down syndrome, cerebral palsy, and ADHD at the municipal corporation swimming pool in Rajkot. He has helped these children get a better life as swimming improves their physical ability. No fee is taken from these kids, as a lot of expense already goes into their treatment.

Up until now, 250 to 300 children have been trained by Vipul. His first encounter with this different side of his profession was with a cerebral palsy child. He was a regular swim coach back then. This child who was not able to walk on his own started to do his chores independently over 6 months of swimming under the coaching of Vipul. It hit Vipul with his short incident that happened with him before some time.

Vipul had been swimming since the age of 7. He was so passionate about water and swimming that he went to pave his path of a career as a swim coach. He was on a pilgrimage journey on a mountain when his right leg went numb and he went into depression. His head started storming with thoughts about his swimming career. Right then a man without legs passed by him. He gave Vipul his crutches and started climbing the mountain with his hands. Vipul made a strong decision that he will help such people with disabilities. So when he came across his first cerebral palsy student- he saw a ray of light and went for the challenge.

Swimming is not just a mere hobby or normal sport here, it brings betterment into these children's life. Most of the children with cerebral palsy/ autism suffer through partial paralysis. Their muscles become stiff over time or else sometimes the muscles are weak. To put it straight, they cannot walk independently. It is different with different cases and not one child will have the same problems. Swimming improves their mobility and they can exercise and relax the muscles unlikely on land because of the gravity. Also, it is a great way for them to enjoy and socialize.

Vipul learned that to interact with these children, he had to become younger than they were. Usually, these children are behind in mental development according to their age. Teaching normal children is easier because they follow instructions and commands, but these special children need to be emotionally connected with the coach. "To teach these children, you don't have to work with your brains but with your hearts", says Vipul. He explains further, " Faith and patience- is the key to work along with such children. They learn according to their pace. When they throw a tantrum you need to calm them down, play with them, cheer them up and they will listen to you with nothing but love."

One of Vipul's students - Mantra Harkhani has been a two-time gold medalist in the Para Olympics. He is the only one in India to win the para Olympics gold medal for swimming. And Niti Rathod who went for nationals. Although Vipul being his coach did not receive much recognition for the same. He has coached few more children who have made it to the district and state level. Being the torchbearer for so many children, he does need to be in a bit of appreciation. Vipul says in dismay, "The government does not fund, support, or recognize this side of my teaching to the disabled children. There is no such department in swimming here. I do this part of my job by adjusting my working hours. I am worried that after I retire, will there be any coach for these children? or it will all be back as it was, no swimming for such children. I want to see a future in this sport for them but it won't happen until the government does some effort."

"There are very less people who know about Para Olympic swimming, there is very little awareness in Gujarat. The south of India does have a little bit of knowledge, there are coaches in Kerala and Andhra Pradesh but here in the western region people still don't know much. I have always tried to spread awareness through word of mouth. Everywhere I travel, I tell people about it and if I meet any children with any disability, I encourage their parents to make their child participate in swimming. "

If without any recognition and monetary support Vipul Bhatt is helping so many lives, one can imagine the future of the Para Olympics when he will receive some support. Not to forget that the main objective is that these children would find swimming not just a sport but a life-changing therapy. Why don't we make some noise and take this man on a higher platform? Then not just the children of Rajkot but other cities and states can also find a life-changing pursuit!

He is surely an inspiration material....