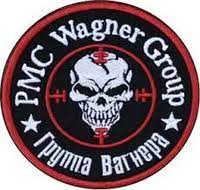 Their motto is "Death is our business. We like a business". They are so-called because the German composer Richard Wagner inspires a specific idea of "Volk" in people. There are about 6 thousand brutal fighters, but a thousand have been deployed in the East of Ukraine, which is already partially occupied by Moscow.

They are the Wagner Group, one of the most ruthless mercenary groups globally and linked to Russian President Vladimir Putin, even if he and the Kremlin would deny even in front of the evidence. Indeed, some say, but he also categorically denies and takes to court anyone who allows himself that the true leader of these mercenaries is Yevgeny Prigozhin, also called "the cook of Putin" for a straightforward reason. When the young tsar was an anonymous member of the KGB, he always went to eat at his restaurant in Saint Petersburg. From there, Prigozhin was arrested for brutal assaults and robberies.

He was convicted and imprisoned. But as soon as he got out of the monastery, he became one of Putin's closest and most trusted men; officially, today, he takes care of all the catering of the president and the Kremlin and is a strange figure who oscillates between a millionaire oligarch and the waiter.

According to Prigozhin, the real founder of the Wagner group would be a mysterious former colonel of the Russian special forces "Spetznaz." Who would assemble these thousands of mercenaries in 2014 to help them unleash war in the Crimea, occupy it, and then do the same in Donbas, in the provinces of Donetsk and Lugansk, in pro-Russian Ukraine?

Despite the denials, the Wagners are fundamental to Putinian Russia. Before February 24, 600 of them landed in the Donbas because, unlike the Russian army itself, it seems that plans to invade Ukraine from the Kremlin had already been anticipated. They were assigned the objective of killing Ukrainian President Volodymyr Zelensky. They did not make it, thanks to the leaks of the deviated Russian intelligence services of the FBS (former KGB), despite two attempts - and a third of Chechen fighters also enlisted by Moscow for this war.

Nevertheless, the Wagners remain a very trusted group for Putin, but he denies any link with them (moreover, the law prohibits any mercenary organization) in Russia. These mercenaries fought for Moscow almost everywhere, showing all their ruthless ferocity: Syria, Libya, the Central African Republic, where they were accused of crimes against humanity, and the occupied Crimea and Donbas in Ukraine. There are various testimonies of their actions: men, women, and children, tortured, beheaded, mangled alive, destruction and devastation in their passage, no restraint of life and humanity.

But, beyond their cruelty, how dangerous and decisive are the Wagners?

For Western intelligence, sending them to eastern Ukraine (from Syria and Africa) seems "a rather desperate move" by the Kremlin. Indeed, when they fought in Libya, the Wagners had to get help from the Russian air force to get out of the holes in which they were stuck. For some Russian experts, their name is often also provokatsiya, namely to provoke and frighten the enemy.."