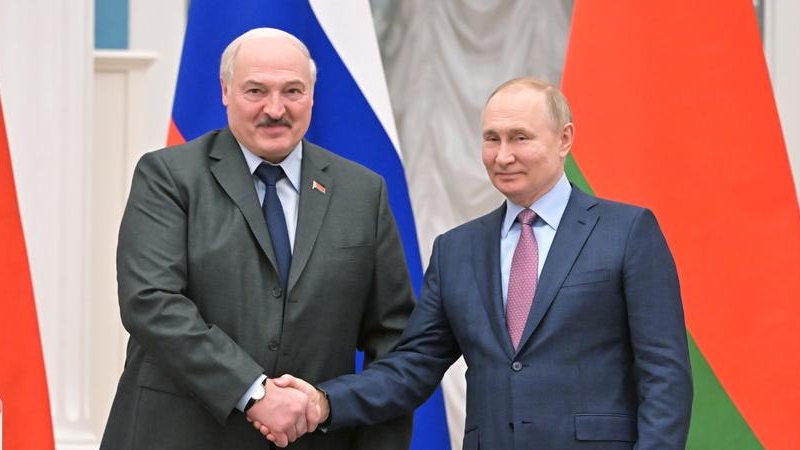 When it comes to the war in Ukraine, Kyiv can count on many allies on its borders but one, Belarus. This state, guided by the same president since the 1990s, Alyaksandr Lukashenko, has been traditionally under Putin's control.

The international community has regarded this state as a faithful Russian partner since the very beginning of the ongoing war against Ukraine. Given their leaders' all-along close relationship, Belarus provided the Russian troops with several strategic points of connection for their planned attacks, which is especially true for the northern front, where some locations were employed to carry out airstrikes against Ukrainian targets.

Since February, Belarus has shown its constant support to Russia, criticizing the West for its expansionist geopolitical aims, and rising the tension in the area. Moreover, Lukashenko has always officially upheld Moscow's view on the civilizational proximity of the three Slavic countries and the need for bringing back Ukraine into “The fold of our Slavdom,” as acknowledged in a speech to the Belarusian parliament on 28th January.

Reliance on Russia seemed to be a one-way solution for a president who, in 2020, faced sharped national and international criticism after the contested (and seemingly rigged) presidential elections. It was mainly the Belarusian opposition in exile, guided by Sviatlana Tsikhanouskaya, to point out that this illegally re-elected president is using Belarus' territory indiscriminately to harm Ukraine. Among the shock of Belarusians who could never imagine that such a thing could even happen on their lands, the only rescuer left for the president was ultimately Russia, which enhanced Belarus' reliance on Moscow, further increasing Minsk's isolation from the West.

This helped the longstanding Russian plans to bring the small country even closer to its orbit with the so-called, 'Union State' based on a previous international treaty between Russia and Belarus signed in 1997 and later reformulated in 1999. The so-far successful union, deemed by the Russian leader, aims for the integration of the two countries in terms of economy, defense, intelligence, and taxation, among others.

This Union is undoubtedly a double-edged sword for Minsk as it further increases their dependence on Moscow, worsened by the country's isolation from the rest of Europe. The war in Ukraine showed Minsk's reliance on Moscow very clearly, given its involvement in many Russian attacks that occurred in North Ukraine. The country, geographically located close to Kyiv saw a considerable number of Russian troops passing through its territory in the first weeks of the war, to later come back and fill Belarusian hospitals and morgues.

Though, the Belarusian president seemed to be changing his mind concerning the ongoing war and his closeness to Russia. In an interview with the Associated Press released on May 5th, the president admitted that the war is dragging on unexpectedly too much. He declared that Russia was obliged to intervene to respond to Kyiv's repeated provocations but also that he does not know what is happening because he is “not immersed in this problem enough to say whether it goes according to plan like the Russians say, or like I feel it”.

Notwithstanding this, he stressed, by calling the Russian president “Big brother”, that Belarus is the only friendly state left standing by Russia's side, whereas the majority is allied with Ukraine.

The president's supposed lack of knowledge regarding Russian plans seems to clash with some facts. As pointed out by the Top Belarus opposition activist Pavel Latushka, the president`s declarations are absurd since more than 600 missiles were fired from the country, turning it into a platform for aggression.

In the meanwhile, Lukashenko declared that Belarus does not pose any danger or threats to other countries, a declaration that seems to collide with the fact that on 10th May, Belarus' army chief, Viktor Gulevich, announced that Belarusian special forces and equipment would be deployed, in response to the southern threat from Ukraine and NATO.

Concurrently on 16th May, Lukashenko required an urgent meeting in Moscow with the leaders of The Collective Security Treaty Organisation (CSTO) to ask all the members for unity and cohesion vis-à-vis the Ukrainian conflict while at the same time condemning the West for prolonging the conflict.

These often ambiguous actions and declarations seem to point to Belarus` predicament in the capacity of a small country caught in between two fires. Whatever the outcome of the war would be, it looks like Belarus will have a difficult time ahead of it.

4 months, 3 weeks ago by Palina

Thanks for the article, it’s a pleasure to meet a foreigner who has a clue about ongoing events in Belarus 😅