‘We Are A City Of Good Neighbours’: How The Buffalo Shooting Impacts Black Communities 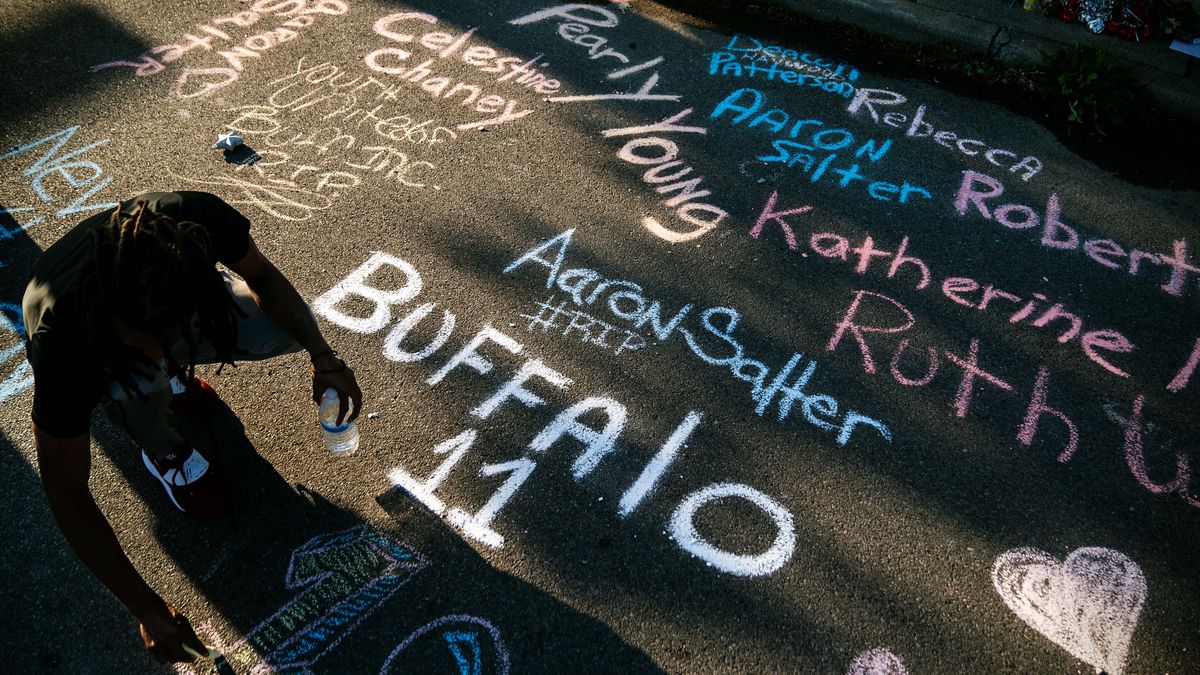 On Saturday May 14th, just a few weeks ahead of the two year anniversary of George Floyd's death, a white man started firing in the car park. He then moved inside a local grocery store in the predominantly black city of Buffalo, New York, resulting in the deaths of 10 people and three injured. The main culprit is 18-year-old Payton Gendron, and his live streamed attack is being described as racially motivated and a federal hate crime. Texts revealed that he had been planning this attack for months and his white supremicist and eco-fascist beliefs in a private discord server.

Clinical psychologist, Dr. Raina Anderson from Michigan University was interviewed with local Detroit news and said that this latest shooting has the potential to negatively impact the well-being and disrupt the livelihoods of black and brown communities across America. Anderson says ‘that this is causing higher depression and anxiety symptoms in our Black and Brown children who are witnessing these things.’

In an interview with CBS, Buffalo Pastor John Newkirk discusses the impacts of the shooting on himself and the community as a whole. Newkirk says that the grocery store itself held particular significance for people within the zip code ‘It’s a supply line for our entire community, it's the largest African-American grocery store in this area.’ As well as this, Buffalo is a city that saw some of the most violent and worse cases of racial segregation in the 1960 and the 70s, and the community has been rattled by the terrorist shooting.

When asked about the attack, Newkirk says ‘Its a terrorist attack, its clearly a demonstration that a person can put in his mind the evil and sadistic way of taking out black people… he had every opportunity, to turn back, stop, days prior. It shows the rage he had towards black people.’ Newkirk also says how because of how young the gunman was and his lack of experience with any black people, it brings a new fear into the Buffalo community ‘because we don’t know who else feels like that.’

Another concern is that the shooting could be used to form a cycle of violence, and more anger and violence could be used as a form of retribution. But that isn’t what the Buffalo community wants; Newkirk says ‘We have a rich community, a beautiful community which has been torn apart and we need to rebuild from that…. We are a city of good neighbours’.

The Buffalo community needs support ‘and a respite’ according to Newkirk, who has also started a GoFundMe to bring the community back together with music, art and entertainment as well as provide mental health support for victims of the shooting.

President Biden and First Lady Kamala will be visiting Buffalo today to support the community and pay respects to those who have died. Following a statement he made calling Gendron’s actions ‘abhorrent to the fabric of the nation’. As well as this, a chalk mural has been made at the grocery store in the memory of those who lost their lives on Saturday.