What Big Data Tell Us about The Gun-Shooting Problem in the U.S.? 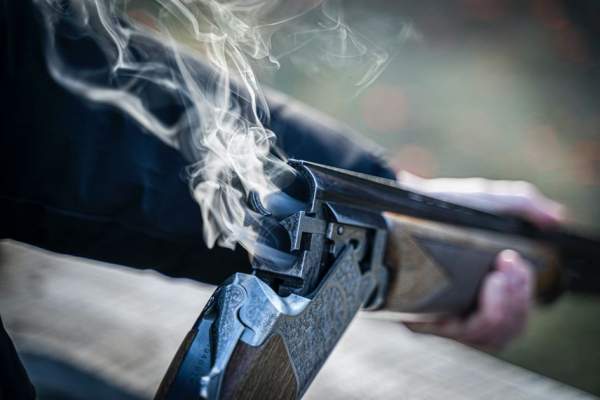 --Big data can tell us a a lot about the gun-shooting problem in the U.S. However, no effective solution can be offered in this moment.

With 1 dead and 4 critically injured on May 15, 2022 in a shooting case in Laguana Woods, California, a total of 1,987 shooting cases have happened in the United States in less than six months, according to Gun Violence Archive, an independent non-profit database.

198 of them are “mass shootings” per the definition from the U.S. Congressional Research Service, namely 4 or more victims are involved at one or more locations close to one another in one or more firearm fights.

Besides, these cases have caused 15,944 deaths and 13,080 injuries in total, including intentional homicide, suicide, and those jeopardized by deliberate homicide.

While shooting cases are a common recurrence in the United States, these data in the first five months of 2022 portend something worse. There were about 1,870 gun violence cases in the middle of 2021, which means that the total number of gun violence cases in 2022 will likely surpass that in 2021.

The data from Gun Violence Archive also show that shooting cases are most frequent in the Great Lakes Area, including the state of Wisconsin, Illinois, Michigan, Ohio, and Pennsylvania. They are also frequent in the South, the Southwest, and the West of the United States.

Nonetheless, in terms of the specific states, California and Texas are where gun-involved crimes most frequently happen, according to a report by Federal Bureau of Investigation (FBI) in 2019, followed by Illinois.

Generally speaking, gun violence cases in the United States can be divided into gang fights, mass shootings, and crimes of passion.

Gang fights is the most frequent mass shootings style. Gangsters can shoot others over money, drugs, territory, or their reputations. The FBI report shows that California has the most gang-fights-related shooting cases while Illinois has the largest number of deaths and injured caused by gang flight gun violence.

These facts are not surprising because gang activities rampant in these two states. California is probably the only state having Asian, Latino, and African American gangs. Illinois, on the other hand, has long been known as “the city of mafia.”

Shooting cases related to crimes of passion are more random and closer to people’s daily life, thereby gets the least attention from the public. They are seen in all 50 states and the criminals can be any gender, any race, and any age.

Most studies about shooting cases focus on mass shootings because crimes of passion shooting almost has no pattern, while gang fights are usually trackable if the investigators well know the local gang situations. These studies offer abundant data to explain why mass shooters will commit.

In the first place, big data can tell us the demographics of mass shooters. Psychologists Jillian Peterson and James Densely have been working for years to track every mass shooter and establish a database for every mass shooting case. Their research found that, although not all the mass shooters are alike, they share four commonalities: most of them have experienced trauma or violence in their childhood; they have experienced an identifiable crisis point in the weeks or months leading up to the shooting; they study previous mass shooters; they share their murder plans with someone before the murder.

Mass shootings cases seem to be racism-motivated because almost all sensational mass shooting cases have racism traits. For example, on May 14, 2022, a white 18-years-old drove over three hours to a small town in Buffalo, New York, where African American population is dominant, and killed 10 people. This mass shooting case caught the American public’s unusual attention because the young gunman was found to write a 180-pages racist “manifesto” before the crime and lived the whole killing process on Twitch. The U.S. President Joe Biden commented this mass shooting case "a racially motivated hate crime" and "domestic terrorism."

Nonetheless, the Violence Project, the database created by Peterson and Densely, proves that this is a stereotype. Mass shooters commit usually because of their working problems, such as losing jobs, being oppressed by their bosses and projects fail. Hence, shooting cases usually happen in office towers, public squares, and meeting rooms.

A poll by the Pew Research Center may demonstrate this point. Half of Americans (48%), especially black people, see gun violence as a huge problem today, and roughly half of Americans (53%) favor stricter gun laws. Furthermore, among four-in-ten U.S. adults who live in a household with a gun, including 30% who say they own one, their most popular reason for holding guns is to “protect themselves.”

In Less than Six Months, about 2000 Shooting Cases Have Happened in the United States