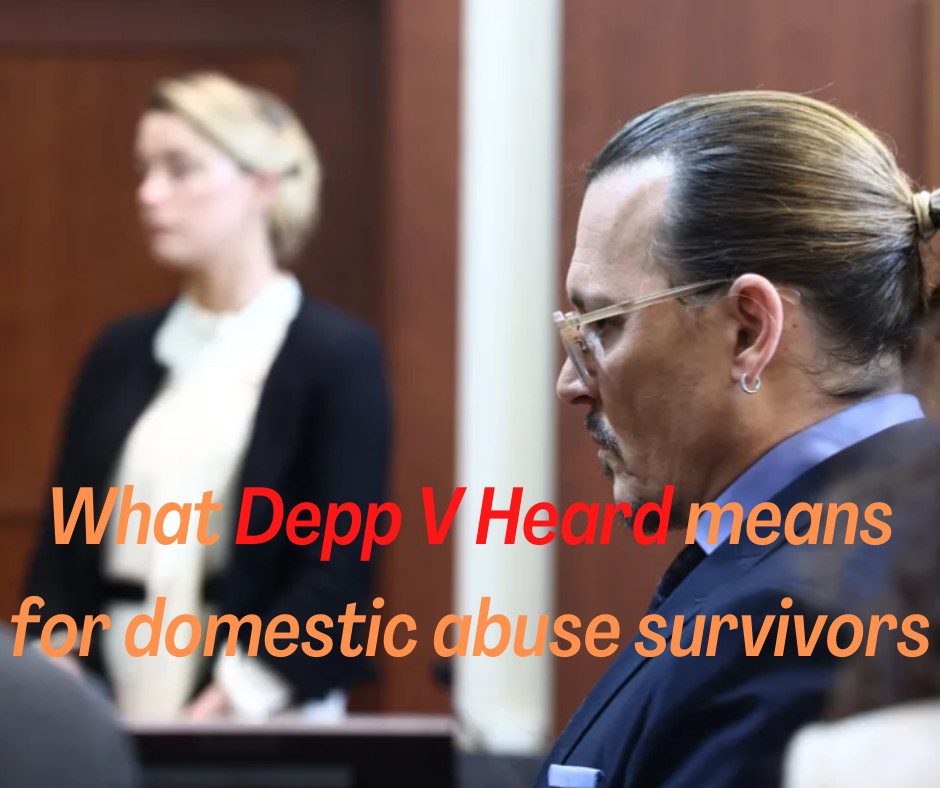 Johnny Depp is suing his ex-wife, Amber Heard over an article she wrote in 2018, where she alleges that she is a victim of domestic violence at Depp’s hands. He claims it ruined his career.

With the defamation case, which may seem more like a domestic abuse case with a jury of all internet users, being live-streamed from the state of Virginia, people are taking sides as if choosing Hogwarts houses.

With Johhny Depp supporters coming forwards to declare his innocence or guilt, you can't scroll for five minutes on almost any social media platform without finding memes, comments and verdicts from the public about the defamation case. This tweet exclaims that it cannot be avoided at the moment and this tweet wishes it would stop.

Although we have come a long way in the last few years, in recognising that men can be victims of domestic violence too, there are still more steps to take, with some on Twitter commenting that “JD has to win this for change”. But some feel that the nature of this high profile case may lead to even more women being silenced or disbelieved after sharing experiences of domestic abuse. A hashtag has even been started on Twitter, mocking the ‘#MeToo movement’ with people using the hashtag #MePoo, amongst others such as #AmberHeardlsApsychopath and #JusticeForJohnnyDepp.

A spokesperson from Solace woman’s aid told Euronews, “Whatever the facts are, we have seen language and allegations used against Amber Heard that are common when abusers turn on survivors to undermine their credibility and paint them as the perpetrator, using sexist tropes about ‘hysterical’ women and ‘gold-diggers’.” Of course, there is also a risk that survivors of abuse may be triggered by the unescapable coverage of the case on many platforms, or feel nervous about speaking up or accessing help in the wake of this trial. Some, such as the creator of this thread, are worried that the portrayal of Amber as a villain is being used to serve other misogynistic agendas.

No matter what you might think, the way in which Amber Heard is being treated “sets a dangerous precedent for how we will continue to treat survivors of domestic violence” says PAVEinfo. Her testimonies of abuse are being used as TikTok sounds, Memes are being made, and there is even a theme song for the case, implying Heard’s lawyers shouldn't have passed the bar.

The closing statements have now been made and the jury has found in Depp's favour, so only time will tell if the high profile nature of this case will serve to bring needed attention to male survivors of domestic abuse or aid misogynists in speaking over women that speak up about domestic violence.