What if China invades Taiwan? 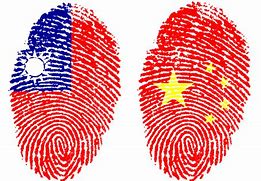 In the summer of 1995, China sent a bunch of troops to the province of Fujian, they started launching missiles and putting them on television, and they started running highly-publicized combat exercises to show they wanted to invade Taiwan. Taiwan is a place that China believes not to be a real country but part of China: a rebellious Island province in an Unfinished Civil War.

China started all this show of might because Taiwan’s president had asked for a visa to visit the US, and the US Congress agreed to give it to him defying Beijing and undermining China's claim to Taiwan. During this period, Taiwan was holding its first democratic election, and China despised how this was happening on the island that they think to be theirs. The US military sent their biggest show of military force in Asia since the Vietnamese war.

Right in China's neighborhood, former President Bill Clinton sent the best of their military artillery, aircraft carriers, and powerful weapon system from the best military in the world. This display of power came into the region to the Strait of Taiwan as a response to China and their intimidation tactics in Taiwan. The aim was to ward off China ang let Taiwan be, and they somewhat achieved their objective.

Fast forward to the last fall when China was flying military fighter jets into Taiwan's airspace without identifying themselves. China flies without identifying itself, not once or twice but dozens of times per day. China tries to display its authority over Taiwan, invading the country’s border whenever they wanted. During the first week of October last year, China was celebrating its founding and it is during this period that the exercised military operations over Taiwan’s air space, this is a clear message that they really want to unify the Island with the mainland.

The USA sailed their ship into the Taiwan Strait right after the bulky flyover of Chinese aircraft, they sent a Destroyer with guided missiles accompanied by Canadians, but this did not work this time around, China continued flying over Taiwan’s airspace, this was not like the 1990s anymore,

China's aggression is accelerating and the USA has confirmed that they will come to the aid of Taiwan if they are attacked by Chinese soldiers. If they run out of diplomatic solutions China is required by law to have a full invasion of Taiwan to restore its territorial integrity, making Taiwan remain China's number one strategic priority.

Chinese fighter jets that are thought to be flying over Taiwan’s airspace and go back to the base in China without any attack will one day set the same trajectory but hit the island and cripple their defense by having strategic hits, this will have a wide variety of targets that will cripple Taiwan’s response to the Chinese attacks.

Taiwan may get some hits to mainland China because they have secret hidden bases that may not be recognized by the Chinese up in their mountains, as soon as this happens, the USA and its allies from nearby bases will come in trying to push Chinese men off.

Japan and Australia will probably be alongside the USA as the war escalates and the war involved could bring the USA to the start of a full-fledged invasion, as part of the scenario there is a prediction that is foreseen of India taking advantage of the instability of the war and could be used by other nations to gain control over other regions of interest and thus this might be there start of the World War 3 many have speculated this but we won’t know until the war is here.