Who am I? - worries from immigrant and mixed- raced teenagers in the UK 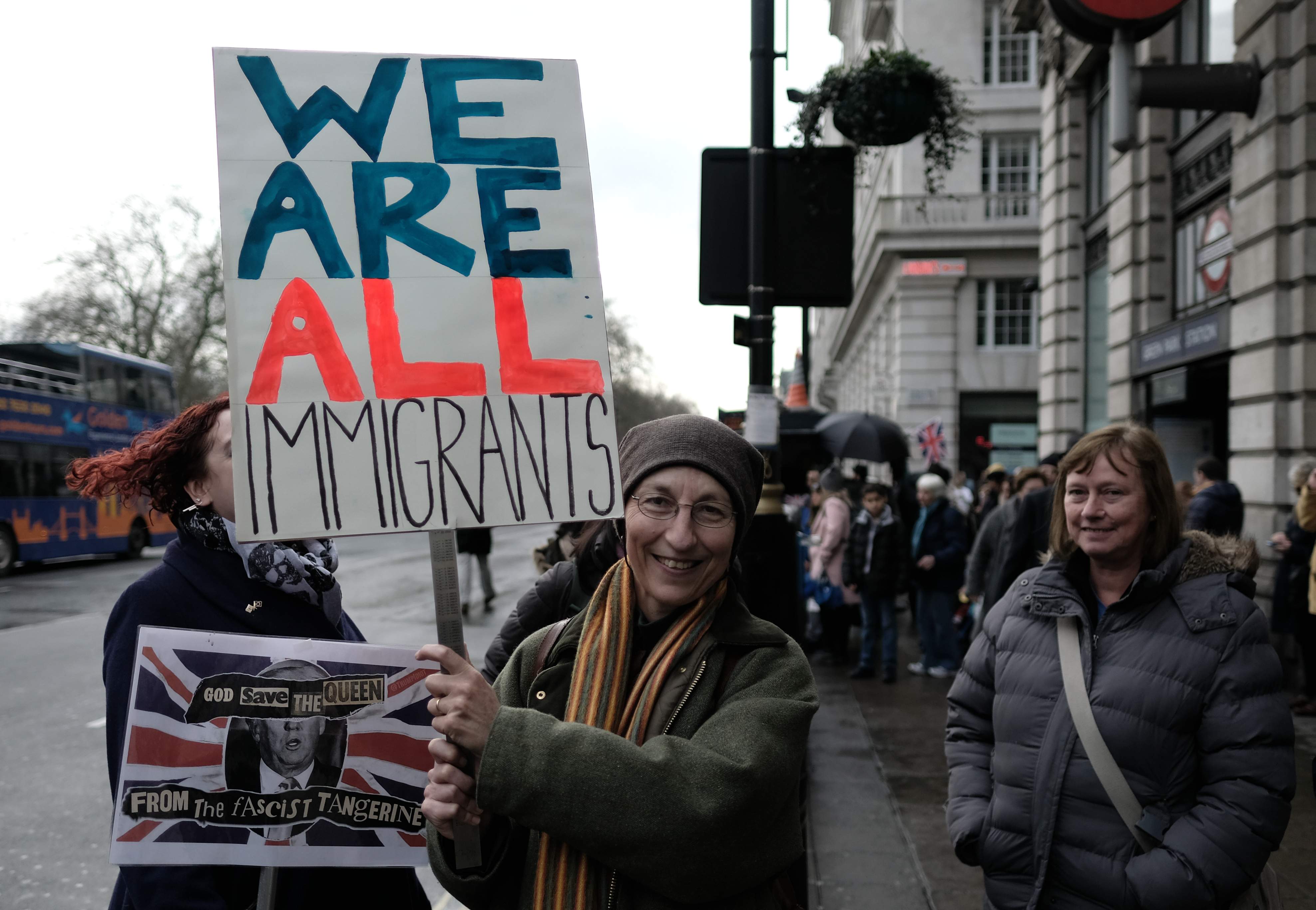 ‘Who I really am?’. Everyone would face this problem when they are young and trying to build their personality and self-identity. However, it would be more difficult for a group of teens to do this than other British teenagers in this country.

Because of globalisation, transnational marriage or migration has become common in modern society. The Office for National Statistics claims that over 956,700 mixed-race people were resident in England in 2009. It was predicted that, by 2020, there will be 1.24 million mixed-race people in the UK.

Diversity has also been brought into UK society, people from other countries get to choose to live in a place which might have a totally different culture from where they grew up. However, we neglect that there are a bunch of people who did not choose, who are born to be in the situation. The kids of those people who chose transnational marriage and migration, a group of the most innocent people.

According to experts, those families might find their kids experience emotional conflicts or the parents cannot provide for their children in the ways they need. The young generation from mixed-race families or have conflictive cultures between the UK and their family background, might be confused during their growth path. Do they identify themselves completely as British? Or Do they feel weird fitting in this society?

They might not understand their position or self-identity. The most important thing is, they might not know ‘Who I am, under so much explosive information about two totally different cultures and social norms.

“Why can’t I just belong to both cultures? Why do people keep putting me in one place?” said Emily Hughes, 22, who is half Taiwanese, half English. After years of exploring self-identity, she finally could define her position. The memories of growing up in her mind are quite different from her friends in the UK around her. Emily grew up in a very Caucasian society in London, and she never felt excluded or experienced any bullying, but she used to attend elementary school for a year in Taiwan, as the Taiwanese side from her mother.

“I was the only non-Twaiwanese kid there and I felt like nobody wanted to talk to me, I didn’t really have friends and felt excluded, people would point at me and call me a foreigner.” Emily has always defined herself as British and never wanted to learn Mandarin. Until she grew up and started out in pubs, people started to question her ‘where are you really from?’ and do not believe that she was British but think she was Chinese. On the other hand, Asian people think she’s European, which confused her.

“Growing up and trying to find yourself can be a bit tricky.” “There’s always people who say you do not belong here.” Emily had an identity crisis due to people’s judgement but she overcame it. When she was 18, she suddenly felt weird that she is half Taiwanese but knew nothing about the culture and language. After she went back to Taiwan and tried to explore the country and city, she fell in love with it and decided to take a gap in Taiwan to learn the language and culture.

“As a kid, you always want to fit into society rather than standing out but after growing up, I feel I am lucky to have the chance to embrace two different cultures and be proud to be a mixed child .”

“Do whatever you are happy with, either traditional or western.” Mediah Ruby Hashmi, 20. She is a second-generation immigrant, her parents are both from Pakistan and are also very conventional. As a muslin, she is not allowed to wear shorts or clothes that might show the skin in the summer, and of course no alcohol. Those things completely annoy her a lot. Drinking is totally a British culture but she is not allowed to. It is also hard to find a halal restaurant here in the UK even though there are so many south Asians.

When she was younger, she did not look like other kids, her hair was curry and got so much hair on her body. In the area she grew up in, police always stop and ask Asian boys what they are doing while they are just doing nothing. “Asian boys have so many bad stereotypes, such as dangerous or drug dealers.”

“I define myself as a British because I was born here and I am a feminist although I know my parents do not allow me to do many things.” Mediah says proudly. She grew up and received western society education, also used to be mad about why her parents let her be born here but do not want her to be a western. There are so many things against these two cultures, Mediah follows her religion but still wants to keep doing what she wants to instead of following the traditional patriarchal Pakistani culture.

“I will still be Asian but you were born here, you have to keep arguing what you want to be either Pakistani or British.”

“Obviously as an immigrantion, you will never ever perfectly fit in the society and being a British.” Levi Broomand, 20, his family moved to the UK from Iran when he was 7. When he was a kid, he was naive, and thought he fitted in well but actually, he did not.

He admitted his situation was a smooth transition and definitely better than those people who just came to the UK when they were already teenagers or adults. He has experienced none serious bullying in the school, he got along with everyone but there’s always some situations that make him feel like he could not fit in the clique. “They try to pronounce your name or second name differently and make you feel like standing out.” Levi says.

When he was in high school, he was an annoying kid, he did get picked on by teachers really often. “There was a group of people, they were really loud and they were white British. I feel like if they mess around, then it’s really nothing but someone from the East background then it’s a massive thing and they get you sent out of the class.” This makes Levi feel unfair but also sees clearly that he just cannot be like anybody else during his growth path.

“I never feel British or Iranian enough, I am in the middle.” Levi says honestly. “Being an immigrant kid, you have to be someone at school and be a different person at home. “ He feels like every immigrant child would face this problem. If British kids live in a British household, then they have got only one specific culture, unlike other mixed-race or immigrant kids. However, Levi thinks he combines these two cultures really well, nothing really struggles him.

“If I met my 12-year-old self, I would tell myself not to overthink that I’m not fitting in with society and just go with the flow. There’s no use if you try to define what is British or Iranian. Society will always tell you that you are not British or Iranian enough, so I don’t see the point of worrying.” Levi says confidently.

There are so many children who have experienced or even are experiencing self-doubting about their identity, and about who they really are. Are they British or not? Which society do they belong to? Did they fit in society well? Finding self-identity could be harder for mixed-race and immigrant children than any other British children in the UK, however, just like those people shared their experiences in the article, don’t worry and be yourself.

Climate Change: What Does Future Hold For UK?