Who's in charge in the South China Sea? 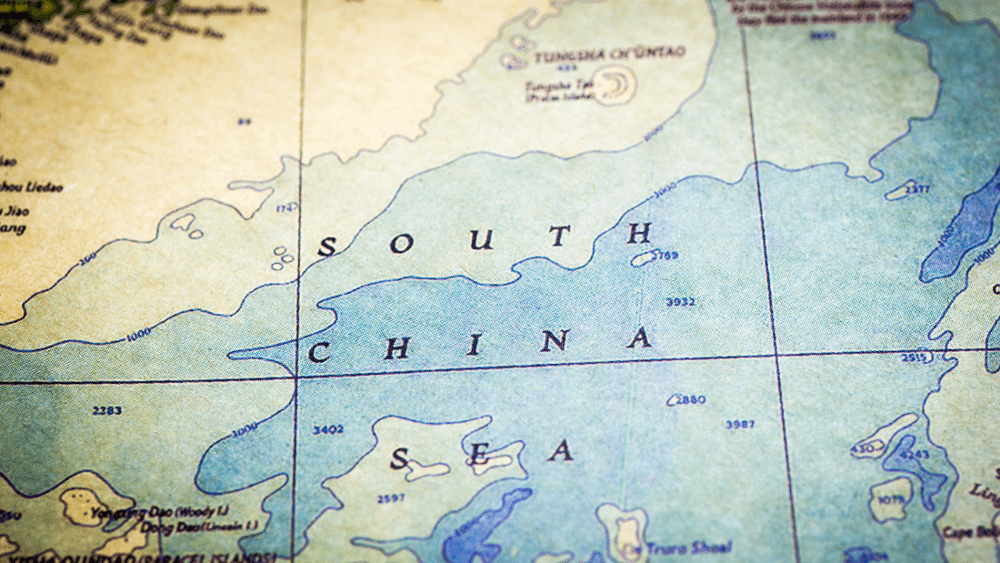 The international law manual states that states that have a sea shore erect an invisible border line 12 nautical miles from the coast. Within those 12 miles we speak of territorial waters, after which the territorial sea is transformed first into a contiguous zone, then into an exclusive economic zone of the state. While, after 200 nautical miles, the sea or the ocean turns into international waters. In those waters there is no sovereignty of any state. The 3,500,000 km² of the South China Sea are contested by both China and other Southeast Asian nations. Such as Vietnam, the Philippines, Brunei, Taiwan and Malaysia. Beijing's latest military territorial claims on the sea have aroused deep alarm in the international community and among regional actors.

Beijing has long claimed its hegemony over the South China Sea. There, in order to maintain its continental security, China cannot lose its military outposts. First, he cannot lose Taiwan and secondly he must try to ward off foreign interference in his own backyard. To do this, Beijing must, at least on paper, maintain a stable relationship with the ASEAN powers. Indeed, as Reuters reports, Xi told the Chinese media that: “China will never seek hegemony or take advantage of its size to coerce smaller countries. And it will work with ASEAN to eliminate "interference". China was, is and will always be a good neighbor, a good friend and a good partner of ASEAN."

The distance between words and deeds

Xi Jinping's claim regarding good neighborly relations between the Asean powers is only a facade. The president wants to claim Chinese hegemony over his borders and in his seas. In reality, China has several times deployed its ships and warplanes against other regional powers in the South China Sea. With the aim of blocking the moves of other actors to uniquely exploit the resources of gas, oil and fisheries reserves. The last Chinese power exercise took place less than a week ago, Thursday 18 November. On that day, Philippine authorities condemned the actions of three Chinese coast guard ships that blocked and used water cannons on supply boats bound for an atoll in the Philippine-occupied sea. As a result, the action of the Chinese coast guard has aroused strong reaction from both the Manila government and its greatest ally: the US government.

Why does China not provide the legal basis for the occupation of the South China Sea?

The recent dispute between China and the Philippines involved the interruption of food supplies to the atoll: Second Thomas Shoal. This atoll is located offshore in the Spratly Islands, one of Beijing's artificial military archipelagos in the South China Sea. However, the Second Thomas Shoal is located 105 nautical miles off the coast of Palawan, which is within the exclusive economic zone of the Philippines. The atoll has been occupied since 1999 by a small contingent of Filipino soldiers after they intentionally docked a navy ship on the reef. China, however, considers the shoal as its territory as it falls within the "line of nine dashes". Line that generally indicates Chinese claims on most of the South China Sea on maps. A 2016 international arbitration ruling, however, said the Chinese line has no legal basis.