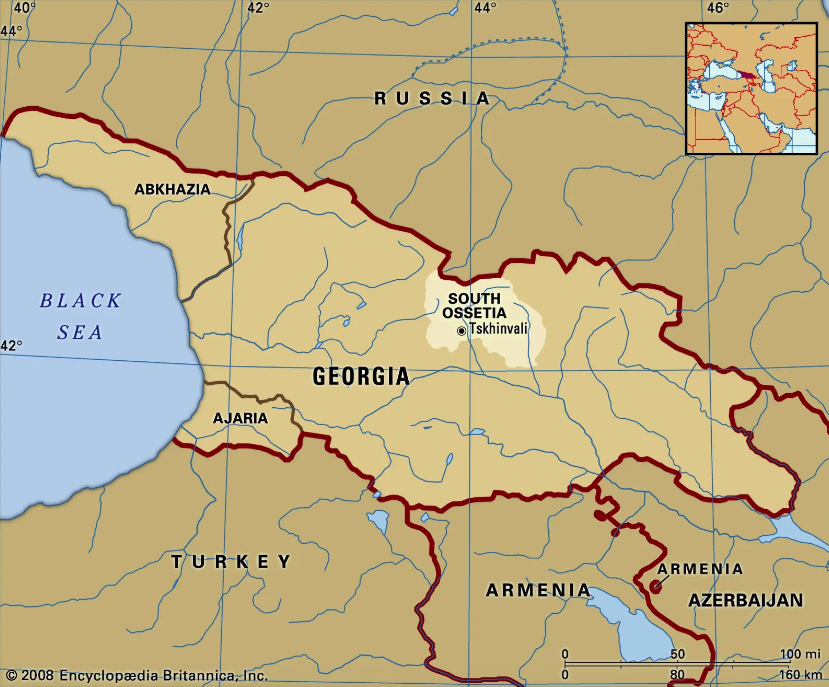 South Ossetia is a disputed state located in the Caucasus mountain range. It emphasized its desire for independence from Georgia after the collapse of the USSR. In 1993 South Ossetia approved its constitution, declaring the region a Republic. Eventually, the conflict between Ossetian and Georgian forces escalated and continued till the Russo-Georgian war in 2008. Afterwards, South Ossetia was recognized as an independent sovereign state by five UN member states such as Russia, Venezuela, Nicaragua, Nauru and Syria.

On 30 March 2022 the Head of South Ossetia, Anatoly Bibilov, claimed that the Republic intends to take legal steps to initiate the process of joining Russia. "I believe that unification with Russia is our strategic goal, our way, the aspiration of the people, and we will move along this path. We will take the appropriate legal steps in the near future. The Republic of South Ossetia will be part of its historical homeland - Russia," Bibilov announced in his address to the nation.

The initiative group for holding a referendum, which consists of 26 politicians and public figures, has already sent a petition to the Central Election Commission of the Republic. Due to the legislation, two referendums are to be held. The first referendum is on annexation to Russia and the second one is on the issue of unification with North Ossetia.

The government of Russia stated that it would respect the results of the referendum. However, it emphasized that the Kremlin had not taken legal actions in this regard. Furthermore, Deputy Foreign Minister of the Russian Federation Andrey Rudenko said it was too early to discuss the possibility of South Ossetia joining Russia and asked to wait for the results of the presidential elections.

Georgia condemned the plans of the President of South Ossetia to hold a referendum. "In this situation, no referendum will have legitimacy and recognition from the international community. All this has not only political but also legal assessments. I am referring to the decision of the Strasbourg Court," the Georgian Foreign Minister David Zalkaliani recalled.

The USA supported Georgia in this case. State Department Spokesman Ned Price noted that Washington would not recognize the results of the referendum and emphasized that this region is a part of Georgia due to internationally recognized borders.

The future of South Ossetia and possible referendum will become more precise after the presidential elections which are to be held on 10 April 2022.