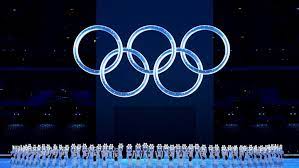 Chinese President Xi Jinping announced the official beginning of the 24th Winter Olympics in Beijing on Friday. The inaugural ceremony was held in the Bird’s Nest Stadium in the capital city, while the competitions began originally on Wednesday. Beijing thus became the first city ever to host both summer and winter Olympics.

The event was kept considerably lowkey with social-distancing and international leaders including President Xi's ally Russian President Vladimir Putin participating in the opening ceremony. 91 countries are participating in the events this year with nearly 3,000 athletes. Events will be held in 15 disciplines until February 20th.

Norway's Therese Johaug won the first gold medal of the games on Saturday in the women's 15-kilometre skiathlon. Currently, Norway tops the table with 2 gold medals, followed by the Netherlands with 1 gold medal.

The Chinese government had sworn to conduct the Olympic festival entirely free from the hold of the pandemic and had created a bio-bubble in a “closed loop” area in the city. All the participants including the athletes, coaches, supporting staff and media personnel are to be kept inside the bubble with strict surveillance on COVID-19 cases. The tickets were also not sold to the public and only government officials and others linked to the events have the access to witness the games. Even then, the city has not lost its Olympic spirit and people are excited to watch the televised broadcast.

Why is Beijing Winter Olympics so controversial?

Long before the event started, countries including the USA, Canada, Australia, the United Kingdom and several others had declared to boycott their participation from the events held in the Chinese capital under political accusations. The controversy was the Chinese negligence to allegations of genocide conducted by the communist government in the Xinjiang province. A few years ago, the United Nations released reports on the Uyghur minority of Xinjiang, comprising mostly people from the Muslim community, being forced into 'counter-extremism centres'. The human rights violation from the government and subsequent cover-ups were highly condemned by the international community.

Joining the diplomatic boycott, Indian delegates did not participate in the opening ceremony as planned earlier. The Indian government announced their displeasure over the participation of a PLA commander, involved in the Galwan border clash in 2020, in the team of traditional torchbearers of the event. Yet the lone qualified Indian athlete, skier Arif Khan participated in the official march past of the countries.

The pandemic Olympics is also accused of invading the freedom of the participating athletes as they are asked to watch what the organisers say. The participants are advised not to take their expression beyond the Olympic spirit and break Chinese Laws. The artificial winter setting and the concerns regarding COVID-19 have raised a shadow of doubt over the quadrennial event.