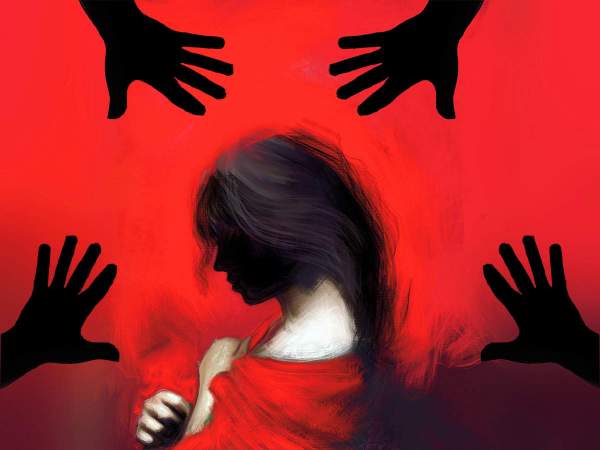 Outrage erupted in Philadelphia after a woman was harassed, groped, and raped by a man on a commuter train. In an even more shocking and bizarre turn of events, other passengers on the train not only witnessed the act but even recorded the ordeal on their smartphones, without intervening nor calling for help while the woman suffered in agony.

The assault took place on a commuter train that operates under the control of The South-eastern Pennsylvania Transportation Authority or SEPTA. CCTV footage reveals the attacker and victim boarded the train from the same station on their way to Upper Darby.  The accused was then seen attempting to touch the victim which quickly ensued into ripping her clothes apart and raping her for nearly 8 minutes. An investigation revealed that no emergency calls were made, nor did anyone intervene to rescue the woman. This horrifying act of cruelty finally ended when a transportation authority dialled 911 and the man was forcefully removed from the woman by law enforcement authorities at the last stop.

Fiston Ngoy, a 35-year-old homeless citizen, was charged with rape, sexual assault, and aggravated indecent assault without consent among other offences. Mr Ngoy told officials that he knew the victim and their encounter on the train was entirely consensual, however, was unable to recall the victim's name. He was detained at Delaware County Jail on $180,000 bail, awaiting a preliminary hearing set for 25 October. As of Sunday afternoon, Mr Ngoy does not have legal representation.

Timothy Bernhardt, the superintendent of the Upper Darby Township Police Department, expressed his grief and sadness over the lack of concern shown by the passengers to the victim. “Anybody that was on that train has to look in the mirror and ask why they didn’t intervene or why they didn’t do something,” he added.

An investigation is currently underway into the passengers on board who used their phones to record the entire event. In the event that the video footage of the assault is received, it would prove sufficient to put Mr Ngoy behind bars and ensure justice to the victim.

Once rescued, the woman was taken to a nearby hospital. The woman claimed she only remembered getting on the train and nothing else until the officers removed her assailant. She also warned the assaulter to stay away from her. Mr Bernhardt and other law enforcement officials, lauded the woman for her bravery and courage to step up and report the incident.

In studying how people react in dangerous or distressing public situations, psychologists have used a theory known as the “bystander effect” to describe people who are less likely to assist victims when they are in a group which is what is believed to have happened amongst the other passengers.  However, there were other options of indirect interventions such as dialling 911, says Elizabeth Elizabeth Jeglic, a psychology professor at the John Jay College of Criminal Justice, researching sexual violence prevention.  It may be possible for people who recorded the attack but did not intervene to be charged, Mr Bernhardt said, but that would be determined by the Delaware County District Attorney's office.

Sexual harassment cases are rare as most of the crimes on commuter trains include thefts and robberies. The SEPTA described the incident as a "horrendous criminal act" and encouraged anyone who witnessed such acts to call 911 or press the emergency button on every train car or use the authorities' emergency safety app.

What happened to Sarah Everard; How law enforcement became its own worst enemy