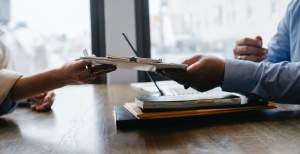 In the past days, Elisabetta Franchi, a Bologna-born businesswoman and founder of the Elisabetta Franchi fashion brand, has sparked great controversy and discontent for her comments on the role of women in the fashion industry.

During a panel held by Il Foglio and PWC on the topic of “Women and Fashion: Barometer 2022”, Elisabetta Franchi was interviewed by journalist Fabiana Giacomotti about the presence of women in the fashion job market and how much female work in the sector has changed.

Elisabetta Franchi shared with the audience the vision underlying her company from the “entrepreneurial point of view”. Franchi stated that “when you put a woman in a very important position, you can’t afford to wait two years for her to come back because the position is empty. Because an entrepreneur invests time and money, and failure is a problem, I, too, as the CEO of my company, have frequently concentrated on males”.

Despite Giacomotti’s efforts to persuade Franchi to consider the problem of working mothers and the lack of adequate regulations to assist and protect them, the CEO persists in her belief that women over the age of forty are more willing to devote themselves entirely to work due to their independence.

According to the entrepreneur, the leading roles of the female world in the professional context of fashion are sustainable and “useful” “only if women”, as Franchi states, “have already made all their halfway points”. The idea of halfway points mentioned by the designer refers to those stages in the life of maternity and marriage which are naturally assigned exclusively to female existence rather than the male one. She particularly stated:

According to the 2022 PWC study on women in the luxury employment market, the presence of women in the fashion sector in Italy is significantly lower than in other European countries such as France or the UK; women in top positions account for only 25% of all positions in Italy. These figures add to the social stigmatization of gendered roles impacting employment diversity and society.

Gender inequality has been a chronic and pressing issue for decades, with civil society organizations and activists seeking to transform a culture founded on discriminatory sociopolitical attitudes and beliefs. Substantial interventions are needed to transform the labor system by closing the gender gap and safeguarding women’s positions through increased access to childcare and better regulatory actions.

In an interview with the Corriere Della Sera, the businesswoman explained how she has been misunderstood and instrumentalized “I am a female entrepreneur who runs a company with a 1331 million dollar turnover and has worked hard to support my own family. How can a company with an 80% female workforce be against women?”

Amendments Made In The Legal Age Of Marriage For Women