Yet another case that has left us aghast. 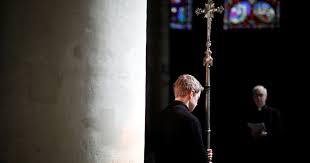 One of the most horrific and heinous problems we encounter daily in many parts of the world is sexual abuse. The numbers, instead of decreasing are just increasing. Every year, tens of thousands of women, men, and children are the victims of sexual assault perpetrated by their families and friends. Many horrific examples of sexual abuse have been reported throughout the world, and the situation is only getting worse. One more such case has been in the news for a few weeks and it has left us speechless and yet, with many questions at the same time.

We are not simply citizens of our own countries; we are also humans, and nothing pulls us closer together than humanity. With that mindset, we have to band together to combat and stand against the problem of sexual abuse. If this case has taught us anything, it is that this has been going on for far too long, and we need to finally wake up and put a stop to it once and for all. Putting the abusers in jail has done no good; it's time they start getting the punishment they deserve.

After receiving letters from the victims, French authorities launched an inquiry into the alleged abuse of underage scouts by a priest. The crimes, which occurred between 1996 and 1999 in the north-eastern region of Reims, were made public when two of the victims contacted Public Prosecutor Matthieu Bourette. The letters, according to Bourette, alleged that the priest mistreated, harassed, and abused several young scouts. Not only the two victims who came forward, but also more victims were willing to testify about the events. The Public Prosecutor's Office in Reims began an inquiry into the alleged priest instantly for sexual assault on a juvenile above the age of 15, who is now in his 90s. This devastating study detailing sexual abuse in French churches was revealed on Oct. 6 after two-and-a-half years of investigation. The Independent Commission on Sexual Abuse in Churches (CIASE), which was put together by a group of 21 specialists, painted a bleak image of sexual abuse in churches in France, which has been hotly discussed for years. According to the over 2,500-page study, the great majority of victims were boys, many of them were between the ages of ten and thirteen. It was also claimed that the Church had failed not only to prevent but also to disclose abuse, deliberately exposing children to predators at times. There was a lot of neglect, shortcoming, quiet, and institutional cover-up, as we could observe. Faced with this scourge, the Catholic Church's instant reaction, for a long time, was to defend itself as an institution, according to the report, and it has displayed utter, even callous, indifference to people who have been abused.

Due to feminist advocacy and scientific surveys, sexual assault has become more visible but not clear enough. However, it is difficult to quantify because the acts involved and the situations in which they occur are quite varied and can be classified under a variety of legal classifications. What France has reported has the rest of the globe wondering how humanity could have gone so wrong. The publication of this devastating independent report, which found that over the past 70 years, at least 330,000 children have been sexually abused by Catholic clergy and lay members of church institutions and that the crimes were covered up systematically by the church, has left France reeling. The research claims that 56 percent of the accidents occurred between 1950 and 1969. When occurrences of sexual abuse performed by staff at private schools and institutions affiliated with the Catholic Church are included, the total number of cases rises to 330,000.

"The victims are not believed, are not listened to. When they are listened to, they are considered to have perhaps contributed to what they had happened to them," - the head of the inquiry, Jean-Marc Sauvé.

He went on to say that sexual abuse in the Catholic Church is still a problem. The victims were not believed even after coming forward, and while the panel discovered evidence of up to 3,200 abusers out of a total of 115,000 priests and other clergies, it claimed this was most likely an underestimation.

This spanned more than 70 years, with more than half of the occurrences occurring before 1970. However, for many French, this was the moment they realized the scope of the problem of Church sexual abuse. What was formerly considered impure and anecdotal has become a defining aspect of civilization. The systematic sexual abuse of children by priests must be acknowledged.

It was the Church as a whole, not just a few individual priests, that was to blame.

In recent years, the Catholic Church in France has made several initiatives to combat the problem of sexual abuse. The Diocese of Paris and the municipal prosecutor adopted a protocol allowing suspected abuse to be probed without survivors filing an official complaint with the authorities. Only a few of the cases investigated by the inquiry resulted in disciplinary action, let alone criminal charges. While the majority of the instances are now too old to be prosecuted in court, the church must accept responsibility for what happened, particularly by compensating the victims. The victims have been traumatized, and no amount of money will be able to compensate for this but still, they deserve this. The punishment of the perpetrators, however, should be the highest priority still. This is something unacceptable, and specific measures should be implemented immediately to ensure that this does not ever happen again, not only in the church but everywhere else too.