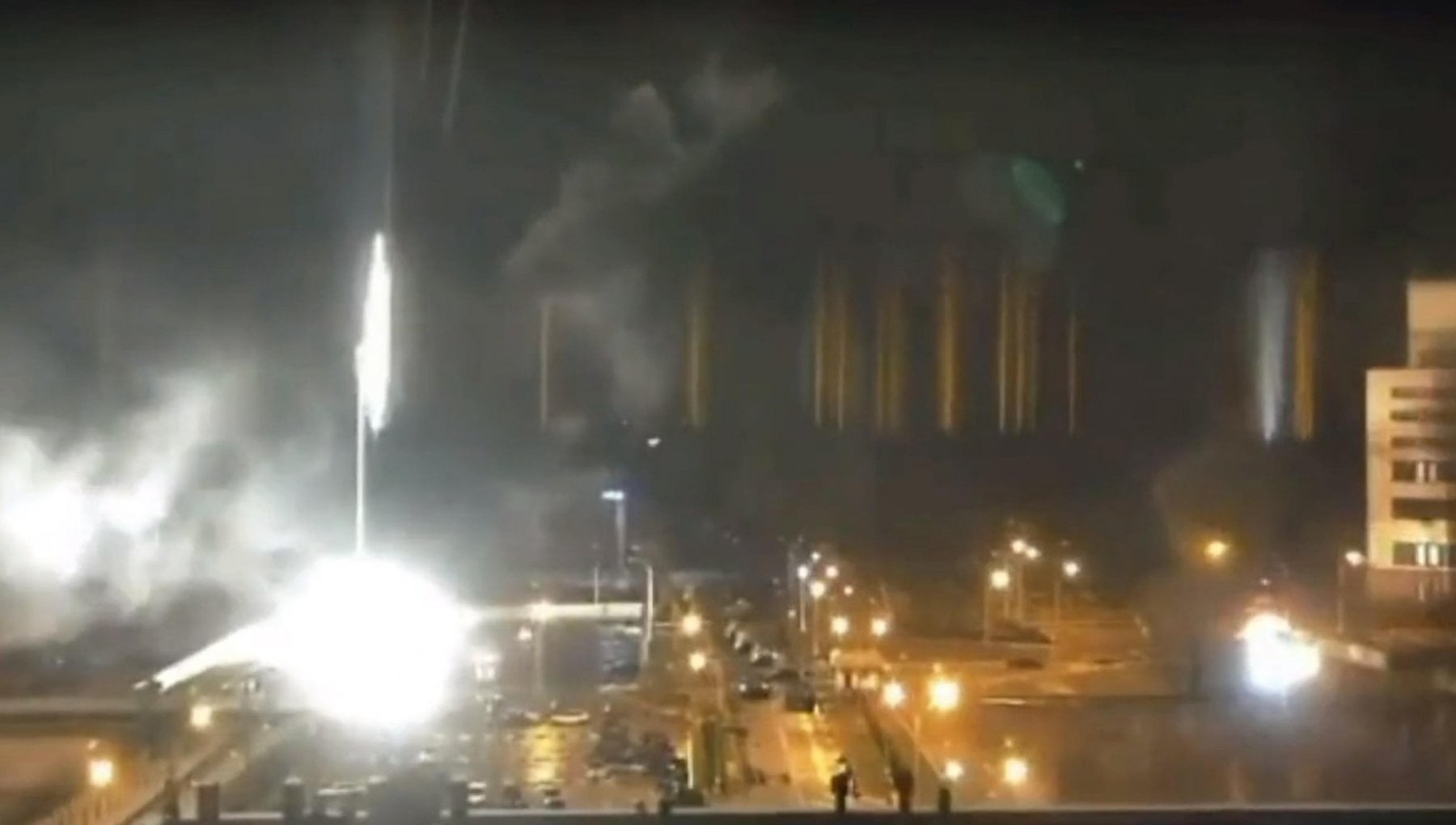 Russia’s shelling led to a fire breaking out at the Zaporizhzhia Nuclear Plant earlier today; a video surfaced from the nuclear plant showing fire blazing out from the plant and sending off smoke plumes. The latest development indicates the facility is safe, and radiations are back to normal.

Ukraine’s president Zelensky has appealed to its European allies to forbid Russia from triggering nuclear disasters. Ukraine houses 15 Nuclear power plants, and Zelensky asserted that an explosion could lead to the end of everything causing massive destruction in Europe. He also affirmed that Russia wants a repeat of the world’s worst nuclear disaster, Chernobyl, dating back to 1986.

In a combined report by Ukraine and the United States, there was no change in the radiation levels. Reports suggest buildings within proximity to the plant caught fire on the inside. Few Workers stated that the fire broke out at a training building outside the plant’s perimeter. They also said that only one out of the six reactors was operational.

Reports from the UN’s nuclear watchdog, the International Atomic Energy Agency (IAEA), asserted that the fire didn’t affect any “essential” equipment of the plant. The IAEA explained a full 24/7 response mode due to the tragic situation at the nuclear power station.

World leaders like Prime Minister Justin Trudeau of Canada said Russia should cease its horrific attacks; US President Joe Biden has requested Moscow to halt its military activities around the site. Prime Minister of the UK, Boris Johnson also expressed the horrific aftermath that such reckless attacks can bring. He also asserted that he would seek an emergency meeting with the UN Security Council over the attack. Meanwhile, Russia’s defence ministry has accused Ukrainian saboteurs of the attack. They have stated it as a “monstrous provocation” without providing evidence.

Russia also seized the Chernobyl nuclear plant. The Zaporizhzhia Nuclear power plant happens to be the largest nuclear power plant in Europe. It is also the ninth-largest power plant in the world. It powers one-fifth of Ukraine’s electricity. The plant is situated in southeast Ukraine in Enerhodar on the banks of the Kakhovka Reservoir on the Dnieper River.