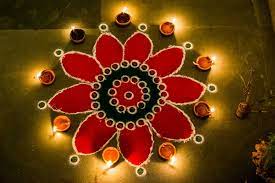 Nepali Hindus and Gorkhas worship dogs on the second day of the five-day Hindu festival ‘Tihar’ to honour the animal's link to the courageous Lord Shiva, who is also known as Bhagwan Bhairav and is the most potent deity in Hinduism who has the ability to create, preserve, and destroy the cosmos. Worshipers adorn dogs with garlands and Tilak on this day. Their favourite foods, such as; meat milk, eggs, etc. are provided to them. On this day, stray dogs and canine police officers are recognized and it is prohibited to behave disrespectfully towards dogs on the day. The Gorkhas love the celebration very much.

The celebration has a few mythical ties. The dog is regarded as Bhagwan Bhairav's steed and is said to have divine powers. The entrances to hell are supposedly guarded by two canines owned by Bhagwan Yama, the God of Death, who goes by the names of Shyama and Sharvara. During Kukur Tihar, people worship dogs in the hopes of delivering them from the torments of hell. It also aids in adopting a positive perspective on dying.

The significance of the link between people and dogs is also mentioned in one of the stories from the Mahabharata. The legend claims that a dog travelled with the Pandavas on their way to heaven. Only Yudhishthira who is known to lead the Pandava army in the Kurukshetra War prevailed and vanquished many legendary warriors, including Shalya. Yudhishthira was an integral part of the Mahabharata one of the most important epics of Ancient India and the dog made it to the portals of heaven; the other Pandavas, including Draupadi, were unable to finish the trek. Yudhishthira requested that the dog travels to Heaven with him when Indra Dev arrived to welcome him. Indra Dev objected, claiming that not everyone could enter Heaven.

Yudhishthira argued that the dog had stuck with him through thick and thin and should enter heaven. He argued that he couldn’t leave the dog behind when he passes away. The dog was therefore welcomed into Heaven because it demonstrated selflessness and a commitment to upholding morality no matter what.

According to the legend, the dog was actually the God of Dharma who revealed his true personality when Yudhishthira remained steadfast in his commitment to carry the dog to Heaven. Some say that the dog that accompanied Yudhishthira to Heaven was Bhagwan Yama.

Not just dogs, but crows and ravens are also honoured during the event since they are thought to be Bhagwan Yama's messengers. On the first day of the Tihar celebration, also known as Kaag Tihar, they are revered. During the event, food for the crows includes meat and grains.

In Hinduism, crows have an essential function. They are also referred to as the ancestors or the messengers of Pitra. During the 16-day Hindu festival of Shraddha, where Hindus all over the world pay respect to their ancestors, they are worshipped and fed.

During Tihar, individuals often engage in a few celebration-related activities. Here, we'll highlight a few of the most well-liked items.