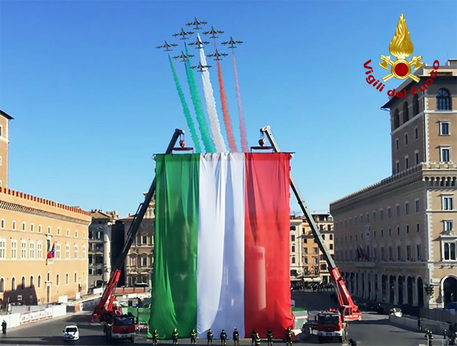 Italian is a language widely admired for its historical significance, its beautiful sounds, and the image of the classic Italian dolce vita that it inspires. However, Italy is also famous for its “dialects” that are spoken in different regions all across the country. Are they simply Italian in a different accent? Is a “dialect” just Italian with a certain slang vocabulary from a certain region? Or are they languages in their own right?

This evolution began after the Fall of the Roman Empire in the 5th century. Up until then, Latin had spread and had been imposed across the Empire as the ‘lingua franca’, or the shared language. After the fall of the Roman Empire, vernacular and local forms of Vulgar Latin had an important role in society and the everyday life of the population in different regions. They predate the Italian language itself, which can be thought of as a dialect that evolved from Tuscan, the Florentine “dialect”. These dialects are therefore classed as languages in their own right that evolved from Latin, just like Standard Italian, rather than dialects or varieties of the Italian language.

As a result, from now on, we will refer to what is confusingly called “dialects” as Italy’s Romance languages or Italy’s languages, the official linguistic names for the various modern languages that evolved from Vulgar Latin.

These languages have become famous as a quirky element of an Italian city that tourists can learn about on a walking tour or the like. Tourists can walk through Venice and observe the street signs that use the Venetian language word calle instead of the Italian via. In fact, the Venetian language is spoken by most of the five million inhabitants of the Veneto region. Since 1982, a cultural magazine called Quatro Ciàcoe has been published monthly in Venetian.

However, most of the Romance languages across Italy don’t enjoy half the level of fame and usage as Venetian does. Recent statistics suggest only 14% of Italians speak in dialect today.

The disintegration of Italy’s languages started with the birth of the Kingdom of Italy in 1861 (il Risorgimento), which created a national standard language. Up until that point, the country was divided up into different states and kingdoms with different leadership and different Italian languages, such as Siciliano in the Kingdom of Two Sicilies and Romanesco in the United Provinces of Central Italy.

Tuscan, the Florentine dialect, was chosen to be Italy’s national language. Tuscan was the logical choice since Florence, at the time, was the cultural and commercial centre of the Italian peninsula — and Tuscan was the language of the famous Italian writers Dante, Petrarca and Boccaccio.

Despite this, all of Italy’s various Romance languages continued to be spoken and developed. To the average Italian, Tuscan represented the language of the “literati”, and it was mostly a written language. This was during a period when the majority of the population was quite poor and illiterate. As a result, the regions continued using their local languages.

However, Italy’s Romance languages were dealt a large blow with the arrival of fascism in the 1930s, where Benito Mussolini pursued policies of Italianization to encourage patriotism for the country. He outlawed the use of the languages in the public domain and made it compulsory that all public schools, local, regional and central governments and media teach, accept and use only the Standard Italian language.

After World War II ended, the Italian Republic was created in 1947. Article 6 of the new Italian Constitution stated, “the Republic safeguards linguistic minorities by means of appropriate measures”. This was specifically included to move away from Mussolini’s stringent language policies and to be more accepting of the reality of the scope of operational languages in Italy.

In 1950, just as the country was beginning to go through a time of complete infrastructural, economic, social, and political reconstruction, less than 20% of the Italian population spoke Italian fluently in their day-to-day life. In the 1960s, linguists and lawyers finally started to research communities to be recognised as historical linguistic minorities. That is the task of choosing which of Italy’s many languages, including its so-called “dialects”, to legally recognise.

They only selected 13: French, Greek, German, Sardinian, Albanian, Occitan, Croatian, Slovene, Ladin, Friulian, Catalan, Franco-Provencal, and the language of Sinti and Romani peoples. Even more problematically, this bill was not officially passed until 1999, by which stage the usage of the Italian Romance languages had reduced drastically since the 1960s.

There had been rapid social changes by the time the bill was passed, such as increased migration from the south to the north of Italy. Southerners migrating to the north to work would hide their local tongue over the fear of discrimination, and Standard Italian was the preferred language of work in an increasingly industrialised Italy. The introduction of the television also aided language unification when the state broadcaster RAI  began in 1954 with just one channel. Presenters on TV shows spoke Standard Italian, and RAI also showed educational and linguistic programmes that used Standard Italian.

In the 1960s, there was an educational boom where it is estimated that, in this period, around one and a half million Italians managed to get their certificate of primary education, which was done in Standard Italian. The eventual globalisation of the late 20th century and the dominance of English in the use of computers and technology also contributed to the dramatic reduction in the usage of Italy’s Romance languages.

There were only three minorities who were legally granted full bilingualism (bilinguismo perfetto) in the 1999 bill; the region of Trentino-Alto Adige with German; Friuli Venezia Giulia with Slovene, and the Aosta Valley with French.

According to UNESCO, there are roughly 30 Italian languages at risk of extinction. These include Toitschu, spoken by just 200 people in a hamlet in Valle D’Aosta, and Guardiolo, spoken by Waldenses descendants in the Calabrian town of Guardia Piemontese.

However, as we have seen with Venetian, there are still Italian languages that are spoken widely by all generations that have not suffered from this decline as they represent a cultural richness. Piemontese, from Piedmont, is spoken by nearly 2 million people in the region. Siciliano from Sicily enjoys minority language status from UNESCO as the language was able to be spoken for generations due to the island’s distance from mainland Italy. The same goes for the island of Sardinia, where Sardinian is widely spoken across the island by over 1.3 million people of all different ages and backgrounds.