Do Not Leave Your Child in a Hot Car 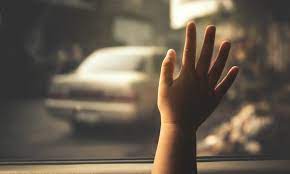 Lately, there's been many news stories about parents leaving their children in hot cars for hours and leaving them dead. Recently, a three-year-old child was pronounced dead at the hospital after being left inside a hot car in a Florida school parking lot on July 11, 2022. The death was the first hot car incident in the state of Florida in 2022 and marks the 11th child in the United States that has died in a hot car in 2022.

The child attended Lubavitch Educational Center in Miami Gardens; Fox reported that the boy's father, a rabbi, works there. The child was found unresponsive at the scene and died at a local hospital. Police were interviewing the father, and the incident is under investigation.

Kids and Car Safety is a national nonprofit working to prevent injuries and deaths of children in and around motor vehicles. The organization reports an average of 38 hot car deaths per year, or one every nine days. Never leaving a child in a hot car should be evident to a parent, but for some reason, these deaths keep happening, and it’s time for that to stop.

When a child is in a hot car, within the first five minutes of closing your car doors, the temperature inside will increase by as much as 75 percent. How long they have varies depending on many things, including the temperature in the car and how much fluid intake they’ve had previously. It’s hard to tell how quickly, but children, especially, will deteriorate very quickly. A child can’t regulate their body temperature effectively as an adult, so they’ll experience the symptoms more quickly.

Leaving a window slightly open in your car is not enough either. A University research found that even with a window wound down by 2.5cm to allow some airflow, the inside temperature of a parked car will only reduce by around 3°C – not enough to be safe on a hot or warm day.

When trapped in a hot car, as the effects of heatstroke worsen, the body will continue to sweat until it is severely dehydrated and can no longer use this system to cool itself. While in the early stage of heatstroke, you might see someone sweating, as their condition worsens, you may not see any sweating because the body has gone past that stage. The skin may be dry and hot. They will appear weak and could have collapsed or become unconscious. In the final stage of heatstroke, your central nervous system will be dysfunctional, your organs will start to fail, and your brain will swell, eventually leading to coma and death.

Children sometimes gain access to vehicles on their own (26%) and become trapped. In very few cases, the circumstances are unknown (3%), while in 15% of cases children were knowingly left in the vehicle, according to data reported by Kids and Cars Safety in February 2022.

To stop hot car deaths, in November 2021, Congress passed the Infrastructure Investment and Jobs Act; President Biden signed it into law. It includes a provision that addresses hot car tragedies by requiring an audio and visual reminder alert to check the back seat in new passenger vehicles. It does not specify the requirement for the system to detect that a child is alone in a car, otherwise known as occupant detection.

But the organization is pushing for the National Highway Traffic Safety Administration (NHTSA) to exceed the requirements for new vehicles and to add the occupant detection feature to the hot car provision. The NHTSA has two years to test, study and decide if it’ll require new vehicles to have occupant detection; it's a system that would cost automakers roughly $50 per vehicle.

Unfortunately, we have parents in this world who forget that their child is in the backseat, and this feature is much needed and will help every parent as a reminder. Hopefully, the NHTSA approves because this is unacceptable how these deaths keep occurring.

To protect our children, the NHTSA states in a Fox news article advising you to make sure your child is never left alone in your car. They advise:

I understand forgetting for a split second, like leaving your car for a few seconds, realizing you left your child in the back seat. But to forget for hours, that’s disgraceful behavior. I honestly think some parents purposely let their children die in hot cars, which is disappointing. And yes, most deaths are accidental, but it’s still never a good enough reason to leave a child in a hot car, no matter how long the time is.